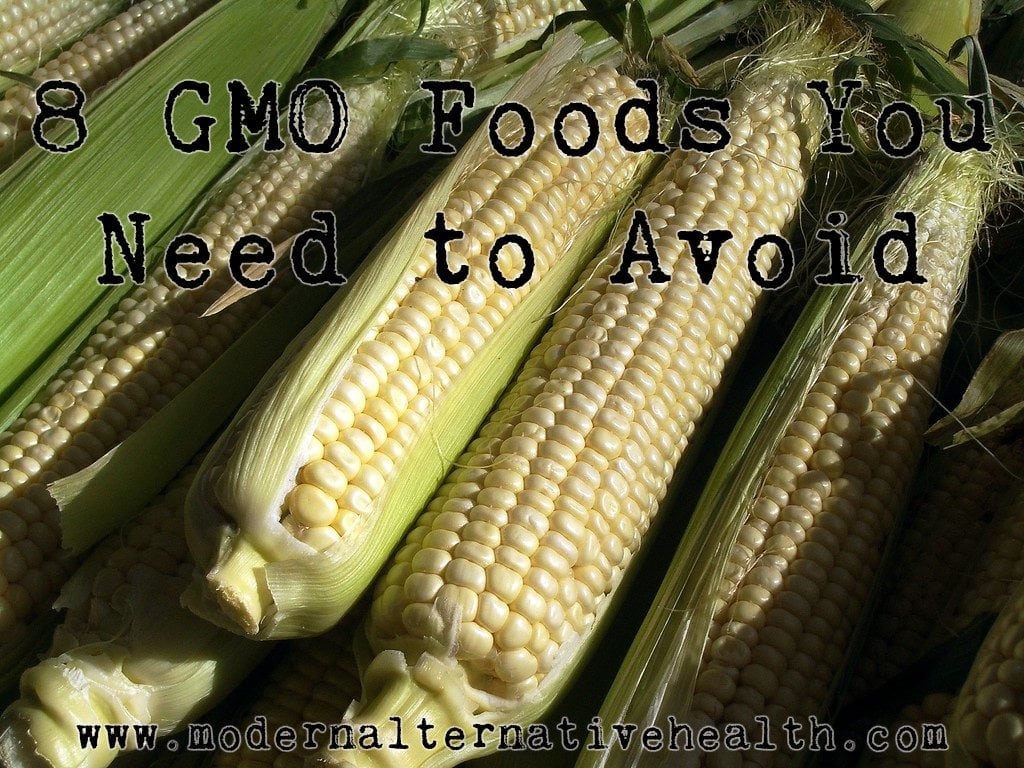 8 GMO Foods You Need to Avoid Image by The Marmot

Genetically modified foods are overwhelming our current food supply. It feels like they are everywhere and at times I’ve felt like just throwing in the towel on trying to avoid them. Instead I focus on educating myself so I can make the best choices for my family. For us, avoiding GMOs the best we can is important. We will talk in a bit about some GMO foods you need to avoid.

The Non-GMO Project is working with companies who don’t use GMOs and labeling their products so consumers can make easy and quick choices on avoiding GMOs. It is much easier with this label to know what is okay to eat and what is not. I recently discovered that this label is even on the containers that tomatoes come in. It is so handy when trying to avoid GMOs.

To learn more about GMO foods and why they should generally be avoided, check out this article here. 8 GMO Foods You Need to Avoid

Recently, rice has been genetically modified to contain higher amounts of vitamin A. There are reports of increase in allergies due to this GMO crop. It remains to be seen what the full environmental and physical ramifications are.

Soy is one of the most genetically modified crops with more than 90 percent of the soybeans growing in the U.S. being genetically modified. Concerns with this GMO crop is that it may disrupt endocrine function, cause infertility, and even increase your chances of having allergies and breast cancer and more. Soy is found in so many different products, including baby formula.

Most people are aware that most of the corn product in the US are GMO. The most concerning part of this is that corn seems to be in many processed foods. Things you may not even think should include corn do, like mayonnaise, chocolate, cereal, peanut butter, ice cream, tofu, soy sauce, and more. GMO corn crops have been linked to infertility, tumors, and food allergies.

This crop was created in order to grow faster and to be more resistance to weeds than non-GMO sugar beets. There is concern that GMO sugar beets will have a negative impact on the environment as well as other crops.

GMO yeast is found in many sources, including wine. Using products with GMO yeast can cause an increase in headaches as well as allergies.

GMO tomatoes are modified so they last longer, which sounds like a great thing, but in testing the crop, lab rats have died prematurely. This is very concerning.

Oils, like corn oil, soy oil, canola oil, and more, are mostly genetically modified. They have been modified so they are more resistant to pesticides.

Go organic to ensure your food is GMO free and has none of those nasty pesticides.

If you want to learn more about GMOs, I highly recommend the documentary GMO OMG. It is a very good place to get information and understand, from a parent’s perspective, how GMO affect our lives.

The more you know, the better you can do for your family. Now you know about 8 GMO foods you need to avoid.

Are there any other GMO foods you need to avoid for your family?