Zika Virus: Should You Be Worried? |
AD 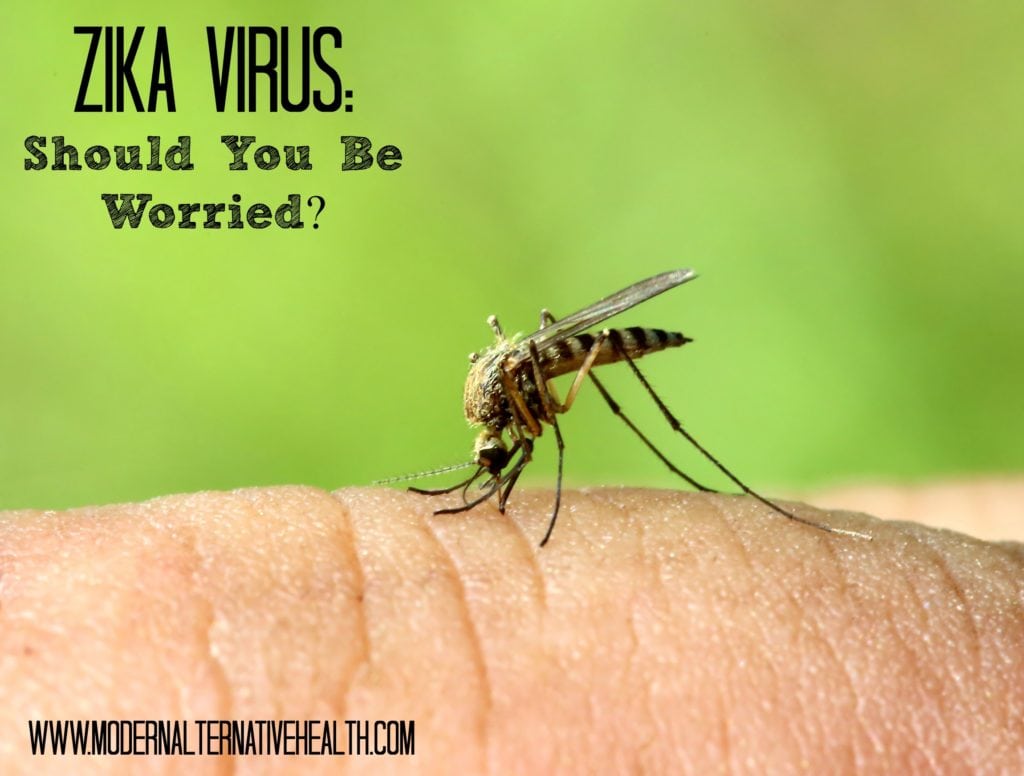 Zika Virus: Should You Be Worried?

The media reports on Zika virus are everywhere.

Except, you know…none of that is really true.

What is Zika Virus?

Zika virus is an illness that is thought to be passed from a bite from an infected mosquito.  It is not a new virus at all; it was discovered back in 1947.  It’s also not a serious virus.

According to the CDC, if you get Zika virus, you have only a 20% chance of actually developing any symptoms.  And if you do, it’s “usually mild.”

Symptoms usually last a few days to a few weeks, then subside.  Most people then end up with permanent immunity.

That’s not exactly scary, is it?

So why are people freaking out? There were apparently only 14 cases of Zika virus in humans from 1947 to 2015.  So why are there suddenly so many?  What’s different now, than over the last 60 years?

People are scared because the Zika virus is being blamed for a rise in cases of microencephaly, where a baby’s head and brain are much smaller than expected, causing lifelong disability.  However, according to Discovery,

The increase has coincided with an outbreak of the usually benign Zika virus. But the virus and the birth defects have not been scientifically linked, leaving many questions about what is happening to these children in the womb.

In other words, we’ve been diagnosing more cases of Zika (which is a mild virus that doesn’t cause any symptoms in about 80% of people infected with it), and we’ve also seen more cases of microencephaly.  There’s no direct evidence that Zika is causing microencephaly, or even a theory about how it could cause it.  Let’s all remember that correlation does not equal causation.

Yet, it’s being reported, irresponsibly, as causal.

The virus has been spreading mostly in Brazil, starting last May, and has reached over 20 different countries in Latin America.  It’s just been declared a public health emergency, but other than the tenuous link to birth defects, there’s no evidence that it is dangerous.

To make matters more interesting, people have been advised not to travel to places where Zika virus is, especially if they’re pregnant — but Brazil is set to hold the Olympics this summer.

Why is Microcephaly Suddenly Common?

Microcephaly isn’t unique to Brazil or Latin America.  In fact, it’s unfortunately “common” in other parts of the world.  In the U.S., about 25,000 babies are born with it annually.  It’s caused by any brain injury early in development.

What changed in Brazil some 5 – 7 months ago?

There is no way that there would be 0 cases for years…and then thousands in the space of a couple months, caused by a previously benign virus.  No way.

Of course, Tdap can cause brain injury to a fetus, and the earlier in pregnancy it is given, the more likely it is to severely impact brain development at a critical level.

There are no studies on this…in fact, outside of “alternative” sources online, if you search “microcephaly” you will only find links about the Zika virus.  Public health officials would like us to believe that Zika is fully responsible for this massive increase in microcephaly, as well as for increases in Guillain-Barre syndrome.

A virus doesn’t mutate overnight, and suddenly start causing issues in massive numbers.  It just doesn’t.  And, the virus is still overwhelmingly mild in the majority of people — nothing has changed there.  There is simply no evidence that it could cause a serious birth defect.

In fact, in one study, 270 infants were confirmed to have microcephaly.  Just 6 of them actually carried Zika virus.  That’s not exactly strong evidence of a link.

We don’t fully know what is causing microcephaly.  The Tdap vaccine, based on the evidence and timeline, makes a whole lot more sense than Zika virus.  But, we don’t have enough evidence to know for sure.

Anything that causes brain injury early in pregnancy can cause it — so pesticides in the air (are they spraying toxic chemicals to kill those infected mosquitos?), nutrient-poor diets (these countries are poor), etc.  We just don’t know.  It could be a combination of factors.

Use common sense — if there are a lot of mosquitos, stay indoors or wear long clothing.  Use a natural bug spray.  But honestly, the worst thing you’re facing is a headache and a fever.  The flu is more dangerous.

Let’s all calm down.  Think logically.  It’s going to be okay.

Are you worried about Zika virus?