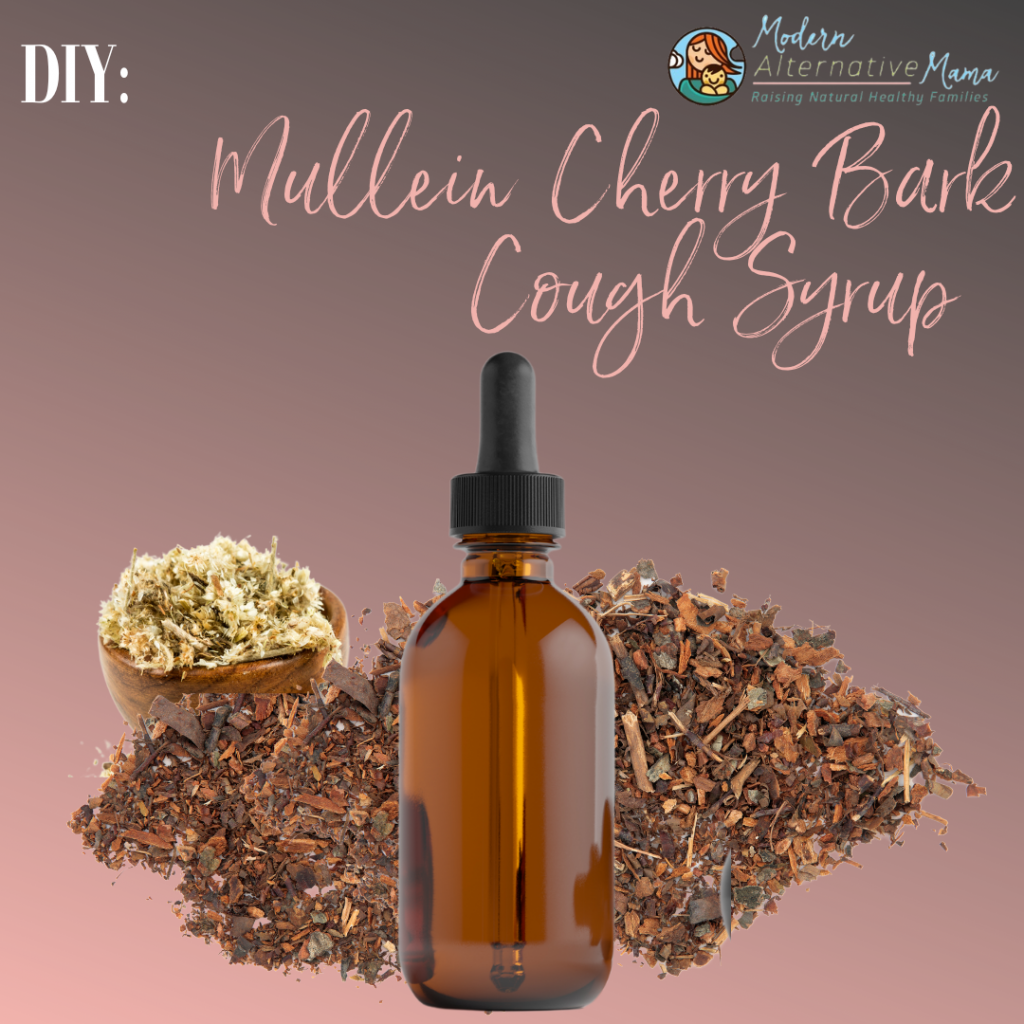 As a child, I was famous for having chronic bronchitis annually. There’s nothing like a booming cough to alarm the school nurse, resulting in a doctor’s visit and a prescription-grade cough suppressant and steroids.

Little did we know, I probably only needed some mullein leaf.

Why We Love Mullein

If you read our Mullein Herbal Profile, you know mullein leaves, flowers, and roots have been used for centuries to help coughs, bronchitis, asthma, and just about every respiratory issue under the sun. Mullein was traditionally used for tuberculosis (2). The flowers and leaves contain saponins that help rid the body of phlegm and mucilage, which soothes irritated membranes.

Native Americans often smoked the plant to cure asthma and used a tea of the roots to calm coughs. Mullein holds expectorant and demulcent effects, which accounts for this herb’s documented use as an antidote for the respiratory tract (3).

Cherry bark and mullein make an excellent team to alleviate the winter cold and cough. Take twice a day, when waking and going to bed, when a persistent cough arises.

I highly recommend  Earthley’s Cough-B-Gone if you’re not a DIY person.

You can make a large batch and freeze it, then warm it when needed. It will keep in the refrigerator for up to one month and in the freezer for 8-10 months.

*Cherry bark shouldn’t be consumed for more than 14 consecutive days.

This homemade cough syrup will do the trick whether you’re struggling with bronchitis or a seasonal cold. Don’t buy the toxin-filled over-the-counter syrups when you can make a restorative remedy in a matter of minutes.

What’s your favorite way to alleviate a cough?

Sarena-Rae Santos
Sarena-Rae Santos is the founder of The Holistic Hipppie blog, dedicated to natural health and plant-based eating. Her journey to natural health began in 2019 when she swayed away from allopathic medicine after becoming wheelchair-bound due to the side effects of 20+ medications. Complex Regional Pain Syndrome (CRPS) and dizziness due to nystagmus were the sources of her many health complications. Sarena's symptoms diminished after adopting a healthier lifestyle surrounding whole foods and herbs, leaving her a fantastic quality of life and a passion for educating people.
AD