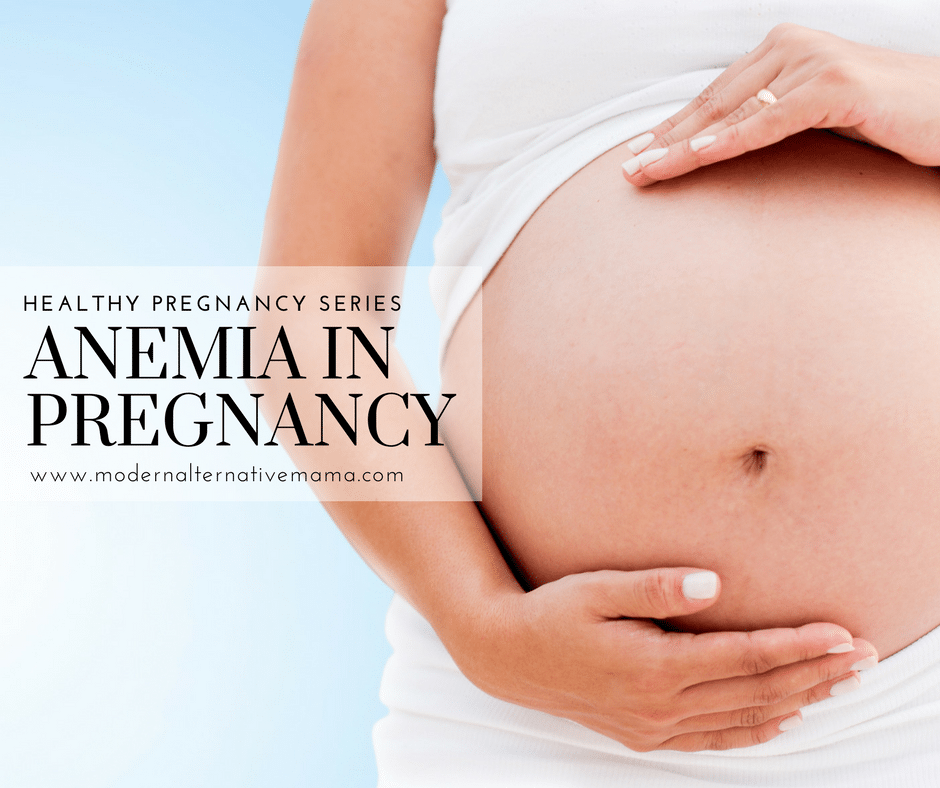 When you’re pregnant, anemia is common.  It often develops in the second and early third trimesters.  For most women, mild anemia is not a concern; however, severe anemia can become a problem.  How do you know if you are anemic, and what should you do about it?

Many doctors will do a blood test at your initial appointment, usually around 8 weeks.  One of the things they’ll check is your hemoglobin (iron levels) to see if you are anemic.  Most doctors are looking for a level around 11 – 12 umol/L (some will say 10 is normal, though it’s on the low side).  Women do tend to be lower than men, on average (up to 30 is still normal).

As you get further into your pregnancy, though, your blood volume expands rapidly, ending up 50% greater than normal.  This expansion can lead to anemia.  It is common for iron levels to be lower when they are re-tested, typically at the start of the third trimester.  Anemia levels can be checked by a blood draw, or a simple finger prick (and it’s one of the few tests that I recommend for all women).

Why Does Anemia Matter?

Mild anemia may not matter too much, although it’s better if you can get your levels up.  If you are above 10 umol/L, chances are you are in the “okay” category, though levels of 12 and up are even better.

If your levels are low, then your baby (who depends on you for iron) is at risk for anemia during infancy.  You’re also at risk for a low-birthweight baby and pre-term labor.  In addition, there is an increased risk of blood loss during labor, and you may be especially vulnerable to infection.  For these reasons, if you are very low, a homebirth might not be safe for you.  If you are low, your doctor or midwife will recommend some type of supplementation and/or diet changes in order to bring your levels up.

You are at extra risk for anemia if you’ve had heavy periods before pregnancy, are vomiting frequently, or have a history of anemia.  In this case, make sure your levels get checked early and often, and that you are taking the steps below to try to prevent anemia.

The first thing some of you are thinking is, “But I hate those iron pills!”  You’re right to hate them.  Ferrous sulfate, the type of iron pills that doctors usually prescribe, are very hard to on the stomach.  They often cause stomach cramps, vomiting, and diarrhea.  Some women may experience severe constipation while taking iron supplements.  Many women discontinue them because of the difficult side effects.  (I tried taking them when I wasn’t even pregnant yet and that’s what happened to me! This type of iron is not well-absorbed by the body, anyway.

There are other options, though.

Increase iron-rich foods in your diet

Ideally, you’re doing this during your entire pregnancy, whether you’re really anemic or not.  It may prevent the problem entirely.  Grass-fed beef, liver, egg yolks (pastured and raw if at all possible), leafy greens (not as well absorbed as animal sources), oysters, clams, and beans (again, not as well absorbed as animal sources) are all rich in iron.  Focus on eating plenty of beef, liver, egg yolk, and occasionally fish to keep your iron store up.  Don’t forget to read Healthy Pregnancy Super Foods for healthy recipes including these foods, plus sneaky ways to eat them!

Also, please know that calcium blocks iron absorption, so don’t consume these with dairy, bone broth, or other calcium-rich foods if possible (though ironically, calcium and iron are often found in high levels in the same foods, like blackstrap molasses).  Coffee and tea (black and green) also inhibit the absorption of iron, so be careful of your consumption of these, especially with iron-rich foods.

Vitamin C increases the absorption of iron, so eat fresh citrus fruits or other vitamin C-rich foods with your iron.  A smoothie with raw egg yolks and fresh orange juice is a great idea.

Spirulina is a type of blue-green algae and is a whole food supplement that can benefit anyone, but especially pregnant women.  It is high in iron, as well as other trace minerals.  Most women can tolerate large amounts of it to up their levels rapidly.  Taking too much will result in temporary minor stomach cramps and diarrhea; most midwives will tell you to deliberately find out how much it takes to get to this point, then back off just slightly (especially if you need to raise your levels a lot or quickly).

While this is a good idea anyway, as cast-iron pans are very safe (unlike modern non-stick pans), food cooked in cast-iron will absorb some iron.  This can help boost your iron levels, too.

Many of the herbs in pregnancy tea are very rich in iron.  Consuming a quart a day, especially in your third trimester, is a great idea.  Red raspberry leaf is especially helpful at this time anyway, as it tones and prepares your uterus for birth.

With these steps, hopefully, you can prevent or remedy anemia before it becomes a serious problem for you.

Were you anemic in pregnancy?  How did you resolve it?