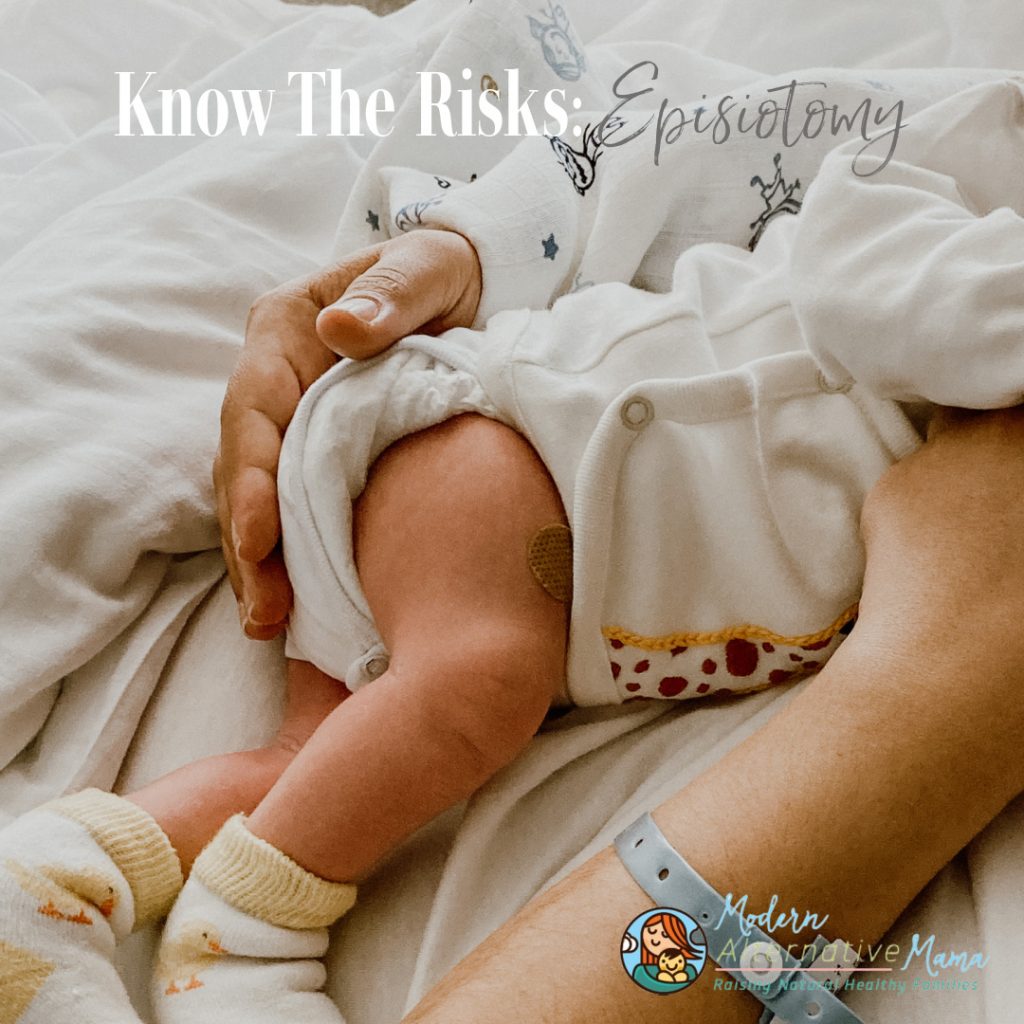 An episiotomy is a common surgical procedure in the delivery room, but it is often unnecessary and poses risks. Be prepared to ask the right questions.

If you would have asked me, “What is an episiotomy?” six years ago, I would have given you a blank unknowing stare. I first heard the term while I was taking a 10-week Bradley Method birth class. As this was my first pregnancy, it surfaced a lot of questions and also some panic. So, let’s go ahead and talk about a topic that ALL women should know about but is often unmentioned and avoided.

What Is an Episiotomy?

An episiotomy is when a doctor cuts the vaginal opening with scissors or a scalpel during childbirth. Specifically, the tissue from the vagina to the anus is cut, which is known as the perineum. Are you flinching and cringing already? I know I am…

Why Are Episiotomies Performed?

History of episiotomies dating back to the 1750s. By 1979, data shows that episiotomies were used in almost 80% of first-time births. Health care professionals had often pointed to benefits such as preventing severe natural tearing and easier recovery. However, studies conclude that there is no benefit to “routine episiotomies” for either the mother or the baby.

For this reason, the American College of Obstetricians and Gynecologists has recommended against routine episiotomies since 2006. And recent data shows a decrease in episiotomy rates in the United States of 12% in 2012.

Despite a decline, the episiotomy rate varies greatly depending on the hospital and the doctor. In addition, the prevalence of this procedure is common practice worldwide. Data from 11 countries showed rates from 17.4% to 91.8% for episiotomies performed during delivery. It’s a discussion that sounds very similar to those about the high rates of C-Sections. Instead of allowing the natural childbirth process to occur, there is still excessive or inappropriate use of interventions.

An experienced midwife, healer, and herbalist from Belize, Miss Hortence Robinson shared the following wisdom at a medical conference: The first (question) was, “Miss Hortence, do you do episiotomies?” She answered with a simple, “No, I do not”. The crowd broke into whispers and I could hear, “What? How good could she be if she doesn’t do that?”

The final ethical or moral issue is that oftentimes this procedure is performed without the mother’s knowledge. According to a New York Times article, “A 2013 survey of 2,400 new mothers who gave birth in hospitals in the United States found that 59 percent of the roughly 500 participants who had an episiotomy were not involved in the decision-making process.” Something as important as this would surely warrant some discussion with the doctor, and your explicit consent of course.

Episiotomies do not come without risks and can cause consequences in both the short and long term. These include:

So, Are Episiotomies Ever Necessary?

“According to Katherine Green, an Assistant Clinical Professor of Nursing at UMass Amherst, it’s now used only in the event that a baby’s head or shoulder becomes stuck in the birth canal.” This is known as shoulder dystocia and is present in approximately 0.2% to 3% of deliveries.

As an available medical tool, some health care professionals may still suggest episiotomies during a prolonged second stage of labor, when there is worry about the fetal heart rate or when the mother is extremely fatigued.

Did you get an episiotomy? Why or why not?

Miranda
The daughter of Cuban immigrants. Her Latinx roots drive her work ethic and passion for raising her children to be bilingual. So fortunate to have traveled and lived in more places than most. She opts for the route of education and enlightenment versus blissful ignorance.
AD