Vitamin K: What You Need and How to Supplement |
AD 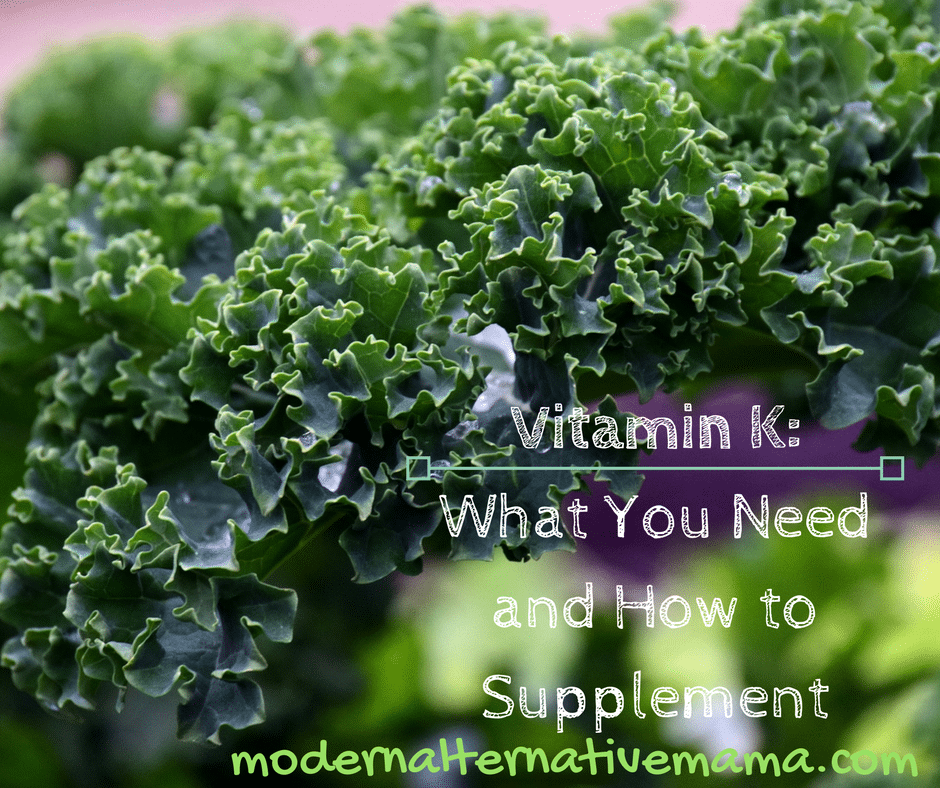 Vitamin K: What You Need and How to Supplement

Vitamin K is an often forgotten vitamin, but it is crucial to your health. It’s also contained in an injection typically given at birth that is very controversial.

Vitamin K activates a protein which causes blood clotting and bone building. It is a fat-soluble vitamin, which is actually manufactured by the bacteria in our guts, but it can also be derived from food and synthetic means.

Vitamins K1 and K2 are available through foods, while vitamin K3 is available via synthetic chemical as a supplement. K3 does not absorb into the body well nor is utilized by the body effectively. It is suggested to avoid supplementing with the synthetic version and instead get this vitamin through whole foods, boosted by gut health.

Deficiency has been associated with cancer, brittle bones including teeth, and heart disease. Vitamin K can help prevent or be used in treatment for liver, nasal, oral, and prostate cancers, as well as heart disease or oral issues, such as cavities, decay, and tooth infection.

The best way to get vitamin K is to get it through natural whole foods and to keep your gut in tip-top shape. Consume these foods to increase levels, especially in the days before birth and while breastfeeding. Vitamin K Injection – Yes or No?

An injection of vitamin K is routinely given at birth in hospitals. Some states have laws, likely with an exemption, to give this injection to every newborn. This stems from an era when harsh births (forceps) were the norm (and maybe they still are), and new science found that babies have lower levels of vitamin K at birth, which is true.

Let’s think about why that is. Mothers aren’t the only ones who struggle at birth, babies also have a lot of work and squeezing to do. If their blood clotted a lot, they may run into blood clots during their first moments and days. Therefore, they’re born with less vitamin K. However, the body adjusts the vitamin K levels to the highest ever during the life on day 8.

So what’s the concern? It’s something called vitamin K deficiency bleeding and happens when the baby has been through trauma and cannot control the bleeding. This occurs in about four babies in the United States per year.

Though the vitamin K injection is not a vaccine because it does not contain any pathogens, it is not harmless. It contains loads of aluminum — to the tune of 250 micro grams (studies show 4-5 mcg per kilogram of weight per day can spell kidney, bone and central nervous damage, and of course heavy metal toxicity), 9 mcg of benzyl alcohol (associated with liver toxicity, jaundice, and breathing issues), and a black box warning, not to mention a nice dose of the synthetic vitamin.

Babies typically need no extra vitamin K in their body at birth. If the baby experienced a difficult birth such as a forceps delivery or cesarean section, the vitamin can be supplemented orally or through the mother’s breast milk.

For birth, vitamin K drops may be consumed by the mother, given to the baby through breast milk, or dropped into the baby’s mouth. However, unless there were medical interventions or a difficult birth, the baby likely does not need to be supplemented in any way.

Do you supplement vitamin K?