Lack of Sleep Could Be Aging You |
AD 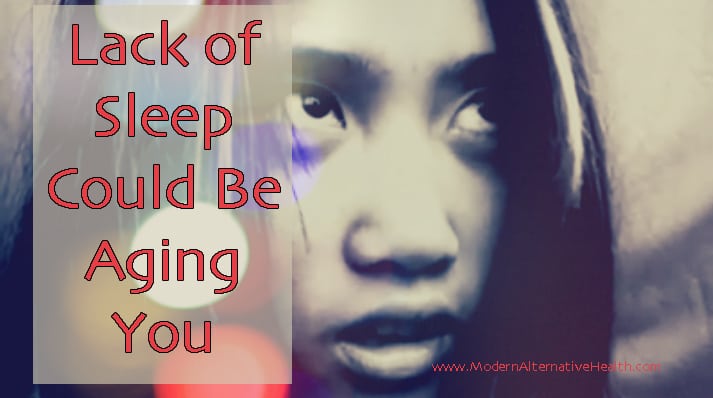 Maybe it’s the fact that I have an almost two year old, or maybe its because the big 40 is coming quickly upon me, but lately I have been feeling like I am aging faster than I have noticed before. Could it be lack of sleep?

I am not against aging because I know that it is a natural process and part of life, I just don’t want it to go any faster than it has to! One thing that I think has affected the way I feel and the way I feel about myself, is my lack of deep, continuous sleep.

As I stated above, I have a child who is a few months away from being two years old. At the end of my pregnancy sleep became more and more elusive, and as a nursing Mom of a child who apparently can’t fall asleep without nursing, or go back to sleep without it, I have not had a full nights sleep since she was born. She does go back to sleep pretty quickly at night, but sometimes my brain doesn’t want to shut off and go back to sleep after I have been awakened. I am sure we have all been there.

I have begun to notice that I “look older” when I look at myself in the mirror. Also, I feel that I am a little more on edge and a little less patient than my “normal” self.

I began to wonder if my lack of sleep was playing a role in this, so I did a little research and it turns out that sleep is a major component in being healthy. I had already heard that before, but I wanted to know WHY. Here is what I found out… Beauty Sleep… It’s a real thing!

“The amount of sleep each person needs depends on many factors, including age. Infants generally require about 16 hours a day, while teenagers need about 9 hours on average. For most adults, 7 to 8 hours a night appears to be the best amount of sleep. Women in the first 3 months of pregnancy often need several more hours of sleep than usual.

The amount of sleep a person needs also increases if he or she has been deprived of sleep in previous days. Getting too little sleep creates a “sleep debt,” which is much like being overdrawn at a bank. Eventually, your body will demand that the debt be repaid. We don’t seem to adapt to getting less sleep than we need; while we may get used to a sleep-depriving schedule, our judgment, reaction time, and other functions are still impaired.” (1)

While we sleep HGH (Human Growth Hormone) is released during the deep part of sleep. Human growth hormone boosts muscle mass and helps repair cells and tissues. It is part of the tissue repair process that our body goes through every day. Patricia Wexler, MD says “Skin makes new collagen when you sleep, which prevents sagging. “That’s part of the repair process, more collagen means skin is plumper and less likely to wrinkle. Only getting 5 hours a night can lead to twice as many fine lines as sleeping 7 would. It also leaves skin drier, which can make lines more visible.

Another reason to be sure to get enough sleep is that when you don’t get enough sleep, your body releases more of the stress hormone cortisol. In excess amounts, cortisol can break down skin collagen, the protein that keeps skin smooth and elastic. (2)

For most adults, 7 to 8 hours a night appears to be the best amount of sleep.

Don’t want those little lines around your eyes? Better get some shut eye!

What if you are like me and you are concerned about the visible signs of aging and seem to have outside sources that keep you from getting enough sleep? Maybe you are having trouble getting to sleep. Here are several resources to help you:

10 Tips to Help You Sleep Like a Baby Naturally

The Importance of Sleep

How I Taught My Baby To Sleep Well From Birth

Have You Ever Felt Like Your Lack of Sleep Was Aging You?