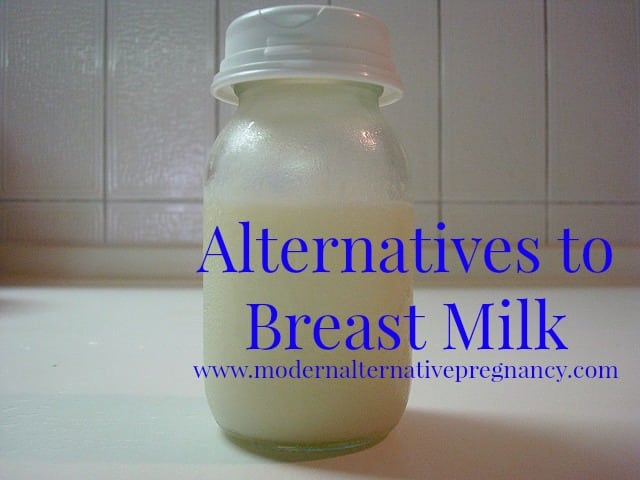 3 Ways to Feed Your Baby When Breastfeeding Isn’t Possible

With my oldest daughter, I did so much research on breastfeeding before she was born. I read The Womanly Art of Breastfeeding cover-to-cover and attended a La Leche League meeting. I spoke with friends about struggles and successes they had. I read as much on Kellymom.com and other blogs as I could about every possible breastfeeding challenge I might have. I was so ready to rock at breastfeeding!

But it wasn’t enough.

I wasn’t prepared for a baby with a lip tie and a severe posterior tongue tie (and the only doctor in the area who treated with a laser was on maternity leave for five more weeks) that combined with flat nipples made a proper latch impossible. Or oversupply that was so out of control I was making upwards of 90-100 oz per day. Or plugged ducts and bouts of mastitis that would leave me a feverish drained mess. Or raging hormones that made every single thing seem like an insurmountable mountain to climb. Or pumps that didn’t work correctly and ill fitting pump parts that led to more plugged ducts and more mastitis. All just trying to feed my baby.

So for me, breastfeeding at the breast wasn’t possible. But, for the first seven months I was able to exclusively pump enough milk to easily meet my daughter’s needs. Then…I got pregnant and my supply tanked and I was just not making enough to keep up with her.

3 Ways to Feed Your Baby When Breastfeeding Isn’t Possible

These days, there are a number of different options for parents who do not want to use traditional formula but are unable to provide their own breast milk for baby. I have used most of these options with success.

By and large, this is the absolute best option available. I was blessed to have a girlfriend who had babies at the same time as I did and she generously pumped a bottle a day for us. I loved personally knowing who the milk was from and having a personal relationship with our donor.

If you don’t know anyone who is willing and able to be your donor, check out Eats on Feets or Human Milk for Human Babies for your specific state and location. Most have fairly active Facebook pages and you are able to make requests (or donations) directly on the page. These are all free options although many donors ask that milk freezer bags be replaced.

There are also various milk banks throughout the United States where you can buy breast milk, but when we looked into this it was outrageously expensive (ranging from $4-7 per ounce!) and was not a feasible option for us.

About three months after my supply dropped due to pregnancy, my donor also got pregnant! At this point, my daughter was 9/10 months old so we started looking into breast milk alternatives. Weston A. Price Foundation has recipes for homemade formula from raw cow’s milk, raw goat’s milk, and a dairy free option made from liver and bone broth. I personally never made the formula, but I know many people who have had good luck with those recipes.

We chose to use raw goat’s milk from a reputable source. My daughter was also eating a lot of table food by the time we were completely out of breast milk, so after a lot of research and speaking with our natural minded physician, this was an option we felt comfortable with. Our daughter thrived on the goat’s milk and we weaned her completely at 14 months.

Through donor milk and goat’s milk, I have been fortunate to not have to use any commercial formulas. However, there were different times with both girls that I thought we were going to need to go that route so I have done some research to see which options are best.

For the most part, Baby’s Only formula appears to be the best option currently available. This formula is marketed as a “toddler formula” but according to the company that is because they want to strongly encourage breastfeeding for the first year of life and the formula is perfectly safe for infants. I do know several people who have used this formula from age three months on and had no issues.

Food Babe has a more comprehensive list of organic formula options that you can read about here, but know that Whole Foods, Similac, and Walmart also make organic formulas.

If breastfeeding isn’t possible, how would you feed your baby?