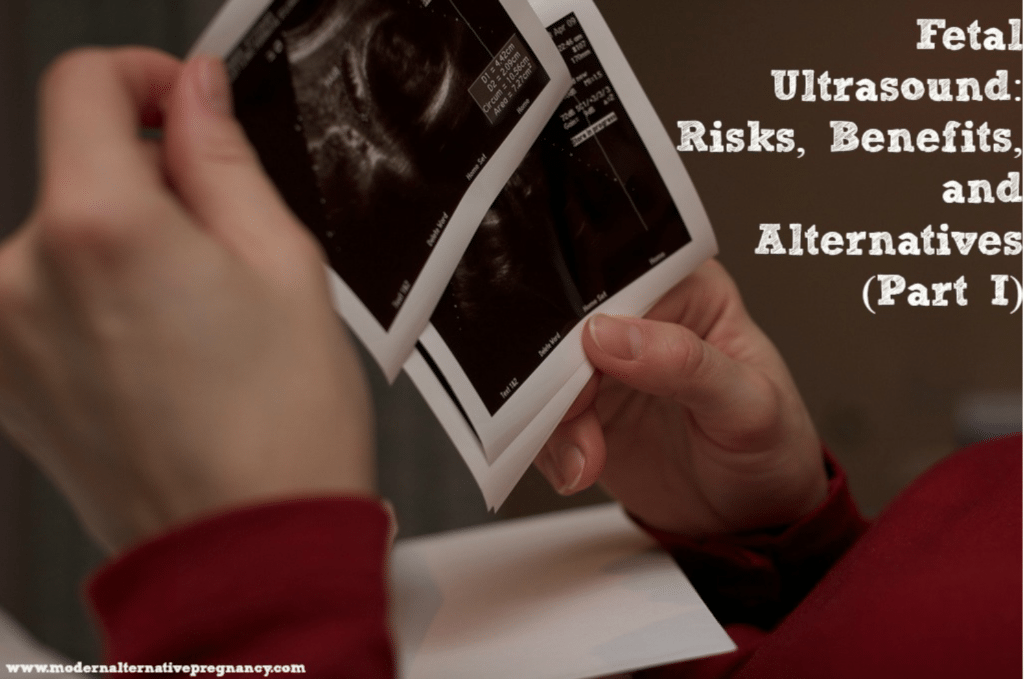 Routine fetal ultrasound screening is virtually ubiquitous in the U.S. and many other countries, where the majority of healthcare providers and expectant parents may assume that “the science is settled” regarding the safety of ultrasound scanning.

Many pregnant women receive as many as 17 or more scans over the course of their pregnancy. But in the field of medical ultrasound, where the technology was introduced so swiftly and has changed so drastically without exhaustive testing for safety and efficacy, can the science really be considered “settled?” Experts across multiple disciplines have consistently expressed concerns about safety, risks, and perceived benefits of fetal ultrasound.

Below is a brief explanation of ultrasound technology and a summary of possible risks associated with fetal ultrasound scanning. The second article in this series will examine potential benefits of ultrasound in special circumstances, and alternative methods which provide information traditionally obtained through routine ultrasound scans.

Every pregnant mother should be given adequate opportunity to review these risks and benefits carefully in the context of her own health and circumstances before she opts for or against one or more ultrasound scans during her pregnancy.

Ultrasounds are sound waves occurring at frequencies outside the range of normal human hearing, at approximately 20 kilohertz (kHz) or higher. Fetal ultrasound devices use a transducer to convert energy into sound waves, which bounce off surfaces to create images of a growing fetus and/or detect the echo of a fetal heartbeat. Different ultrasound technologies employ waves of varying frequency (pitch) and intensity (volume). Intensity denotes the amount of energy colliding with the surfaces being observed, expressed in milliwatts per square centimeter (mW/ cm2).

Acoustic radiation does not directly cause mutagenic effects such as those associated with ionizing radiation, but ultrasound procedures produce three mechanical effects which may alter living tissue in a developing fetus: heat, cavitation, and acoustic streaming. These properties of ultrasound have been associated with potentially significant teratogenic effects, which will be examined further below. The frequency, as well as the intensity and duration of the sound waves in any given procedure, contribute to the strength of its effects on the target being observed.

What Are The Risks of Fetal Ultrasound?

Ultrasound has been associated with increased risk of miscarriage, particularly during the first ten weeks of gestation when the embryo cannot dissipate excess heat generated by ultrasound waves.

One study demonstrated brain damage and behavioral abnormalities in mice exposed to ultrasound in utero. Effects on the brain were also studied by Dr. Manuel Casanova, who found troubling correlations between ultrasound exposure and characteristics of autism. Other significant implications for possible brain injury are findings that associate ultrasound exposure with delayed speech as well as left-handedness. Another study found that ultrasound caused changes to DNA in animal cells.

And finally, one study attempting to demonstrate the safety of repeat ultrasound scanning instead found that multiple scans significantly increased the risk for intrauterine growth retardation (IUGR).

Another risk of routine ultrasound scanning is that of false positive diagnoses of birth defects or medical problems, while in other cases, serious birth defects may go undetected. There are very few conditions which can be effectively treated in utero, so it’s not clear that even a correct diagnosis will be helpful – but false diagnoses can dramatically increase stress during pregnancy, as well as the risk of unnecessary interventions. For instance, one 2007 study found that markers for Downs Syndrome have been found to be incorrectly identified 7-10% of the time in first and second-trimester scans, leading to false positive diagnoses 5% of the time.

Other conditions, even if correctly identified, will likely resolve on their own or cannot be improved through prenatal intervention. For instance, placenta previa will resolve before term in the vast majority of cases.

The full extent and spectrum of risks associated with ultrasound procedures as they are currently performed cannot be accurately assessed because the technology has expanded so drastically since routine ultrasound became standard in obstetric care. Current equipment has never been extensively studied. A 2008 study notes that safety evaluations to date “were conducted with commercially available devices predating 1992, having outputs not exceeding a derated spatial-peak temporal-average intensity of 94 mW/cm2. Current limits in the United States allow 720 mW/cm2 for obstetric modes.”

Even more concerning, another 2008 study revealed that the majority of ultrasound technicians did not understand the basic parameters of their equipment, in particular how to identify standard measures of safety. So there is potential for up to a seven-fold increase in the intensity of patient exposure, while technicians may not understand how to correctly administer procedures in compliance with established safety standards.

The potential risks of fetal ultrasound scanning identified in peer-reviewed research to date are significant. Finding a healthcare provider who is aware of the risks – and in particular,  working with fully qualified ultrasound technicians familiar with the parameters of the equipment in use – are essential to safety in prenatal care.

However, there are special circumstances in which the benefits of ultrasound may outweigh the risks, as well as long-standing and cutting-edge alternatives which provide much of the information traditionally sought via fetal ultrasound. Part II of this series will examine those in detail.

What Are Your Thoughts On Fetal Ultrasound?