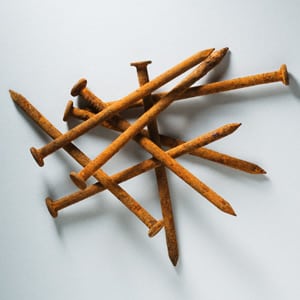 The Media on Tetanus: Teaching or Scaring? A recent story circulated fb about a young boy almost dying from tetanus. The essence of the article was to scare parents into vaccinating their children.  Captured perfectly by the title: Parents’ fear of vaccinations nearly killed their son.

Portrayed best by a quote from the parents in the article : “As soon as they (the doctors) said it was tetanus my other two kids were vaccinated the very next day, against all childhood diseases.”

For me personally, I want to read an article and learn something. That’s why I wrote a follow up post to this tetanus article, called “The Truth About Tetanus.” You can read it  (HERE).

It is so important that we understand vaccines and the diseases that vaccines are promoted to “protect” against.

A TID-BIT ON THIS PARTICULAR VACCINE:

DTaP is a 3-in-shot: Diphtheria, Tetanus, & Pertussis. The adult version is called Tdap. Formerly known as DTP (DTP was removed from schedule in 1997 for safety concerns and replaced with DTaP).  You can read more about that (HERE).

In layman’s terms, this vaccine is most commonly referred to as the “whooping cough” vaccine, I’m not sure if most people know it also contains Diphtheria and Tetanus.

However, when a child goes to the hospital for a puncture wound (not whooping cough), they are also given DTaP. The medical field then refers to it also as the “tetanus vaccine.” I’m not sure if most people know it also contains diphtheria and pertussis. It’s still the same 3 in 1 vaccine. And whether or not little Johnny just received this vaccine at his 12 month shots, if he steps on a rusty nail a week later, he’s going to be given another vaccine. Just like that. So really, this vaccine is promoted for both whooping cough and tetanus.

What about the diphtheria component of this vaccine? This disease is rarely discussed. Dr. Mendelsohn (world renowned pediatrician), in his book “How To Raise A Healthy Child In Spite of Your Doctor” sums up diphtheria quite perfectly, when he says: “Today your child has about as much chance of contracting diphtheria as he does being bitten by a cobra.”

So it’s the whooping cough vaccine, the tetanus vaccine, and the diphtheria vaccine. 3-in-1. This vaccine is now pushed on pregnant women, the elderly, and any child in California entering the 7th grade is now required to have 7 boosters of this vaccine. Unless of course they are admitted to the hospital for a puncture wound, they by all means they need another one.

When you break down each disease in this 3 in 1 shot, it’s almost incredible that we have caused such panic and fear.  Diphtheria was a disease of poverty, poor sanitation and water supply, yet is still administered in this 3 in 1 shot. The pertussis vaccine has a poor history in terms of safety and effectiveness.  Please read my article titled “The Whooping Cough has Me at a Loss for Words” and “Pertussis, the Outbreaks that Cry Wolf“. Because of this vaccines ineffectiveness, don’t be surprised when a “new” whooping cough vaccine hits the market soon. As for the tetanus component of the vaccine, the effectiveness is grossly misused. Especially when it is administered AFTER puncture wound. Again, please read “The Truth About Tetanus”.

My advise when reading articles that are posted on Facebook titled: “Parents’ fear of vaccinations nearly killed their son” is to choose which articles you read wisely. You will either walk away having learned something or walk away fearful….

What was your reaction to the article in question?