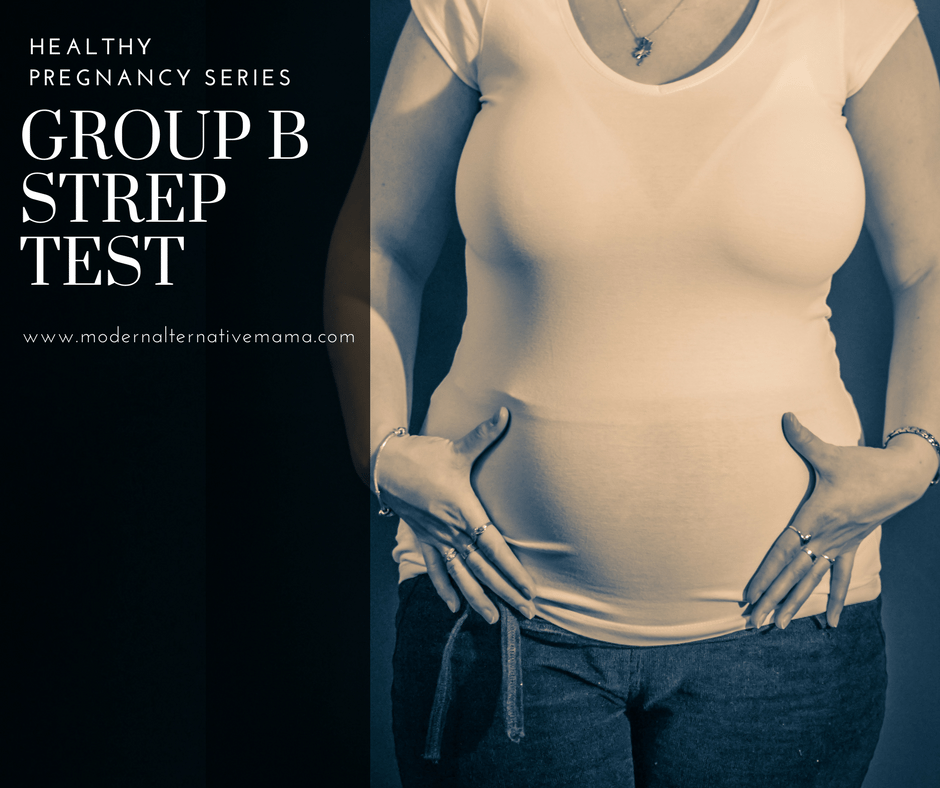 The Group B strep test is a very common test that is performed when a woman is around 35 – 37 weeks pregnant.  It is a simple, non-invasive test; so why would anyone consider refusing it?  Testing positive almost always means that a woman will have antibiotics during labor and possibly after birth as well.  There are upsides and downsides to this which need to be carefully considered before deciding to go ahead with the test.

What is Group B Strep?

GBS is a bacteria that is naturally found in some peoples’ bodies (up to 40% of healthy people), in our digestive tract.  It shows up around the anus and vagina.  It is not the same bacteria that causes strep throat; that is Group A strep.  Although GBS is always present in these individuals, it usually does not cause problems.  However, if it grows more than usual, it can cause infection, which, if it is passed to the baby during birth, can be life-threatening.

The test is performed by swabbing around the vagina and anus and culturing it to test for the bacteria.  A woman’s GBS status can change from week to week as her gut flora shifts.  A woman who tests positive at 37 weeks may be negative again by the time her baby is born.  There is a rapid test now available that can be used in labor, and women who have a large about of GBS bacteria would show up as positive (and be at higher risk of passing it to the baby).

What if I’m Positive?

If you test positive for GBS, most health care providers expect that you will receive IV antibiotics in labor — usually penicillin.  Antibiotics are given every 4 hours during active labor until delivery, and some doctors will follow up by treating you again after birth.  Antibiotics come with their own risks, including wiping out good gut flora (which is passed to the baby during birth, colonizing his initially sterile gut) and possibly leaving you at risk for other infections.

Up to 10% of GBS is now penicillin-resistant (likely due to overuse of antibiotics) and estimates place resistance levels at around 50% within the next 30 or so years.  Stronger antibiotics can be used, but have a higher risk of side effects (and again, bacteria will become resistant to it, it’s more dangerous for the newborn, etc.).  GBS is twice as common in countries that frequently overuse antibiotics.

Newborns who are treated are more likely to suffer respiratory distress.  Antibiotics used during labor led to increased allergies and asthma in the newborns down the road.

Certain things increase your risk that your baby will get the infection too: your water breaking a long time before delivery, internal exams (especially after your water breaks), having preterm labor, a fever during labor, a previous baby with GBS, or a UTI during pregnancy caused by GBS.

Newborns who do contract GBS are in serious condition. It can cause shock, pneumonia, meningitis, and can leave permanent lung or brain damage (from mild learning disabilities to severe mental retardation).  GBS can also cause infections in mothers, especially after a c-section.

What Can I Do?

The best thing is to prevent GBS in the first place.  Although it is impossible (usually) to prevent getting, as adult women typically show no symptoms, you can keep the bacteria from growing at high levels.

Consume a healthy diet that is low in sugar and grains (and especially free from refined versions of both) and full of probiotics.  Consume yogurt, kefir, or other probiotic foods daily (I love kombucha, but it shouldn’t be started in pregnancy.  It is fine to keep drinking if you already do so).  Consuming probiotics will help to keep your gut flora well-balanced, making it unlikely that GBS will be able to grow out of control.

Should you test positive, immediately begin consuming large amounts of oral probiotics, and apply yogurt or other probiotics to your skin (vagina/anus area).  Consult with your doctor or midwife; there are often herbal or homeopathic preparations that they can specifically recommend to reduce your risk of disease (these can take a few weeks to work, though, so don’t delay!).

Don’t consume any sugar close to the time of birth (if you are positive) and keep consuming probiotics.  You can often change to GBS negative by doing this.  (Sugar feeds the “bad” bacteria.)

Many women who are low-risk, consume excellent diets, and are planning to birth in a birthing center or at home opt out of the test (which I did in my second pregnancy, and will again — I was negative the first time).  Since the absolute risks of having a baby who contracts GBS are so low, and the risks of overuse of antibiotics are so steep, it is often better — especially for low-risk women — not to get the test at all.

Others feel safer having the test and taking steps to correct it (probiotics, homeopathics, etc.), especially if they are high-risk.

Did you or did you not get the GBS test during pregnancy?  (Or, will you?)