Why You Shouldn’t Use Ibuprofen |
AD 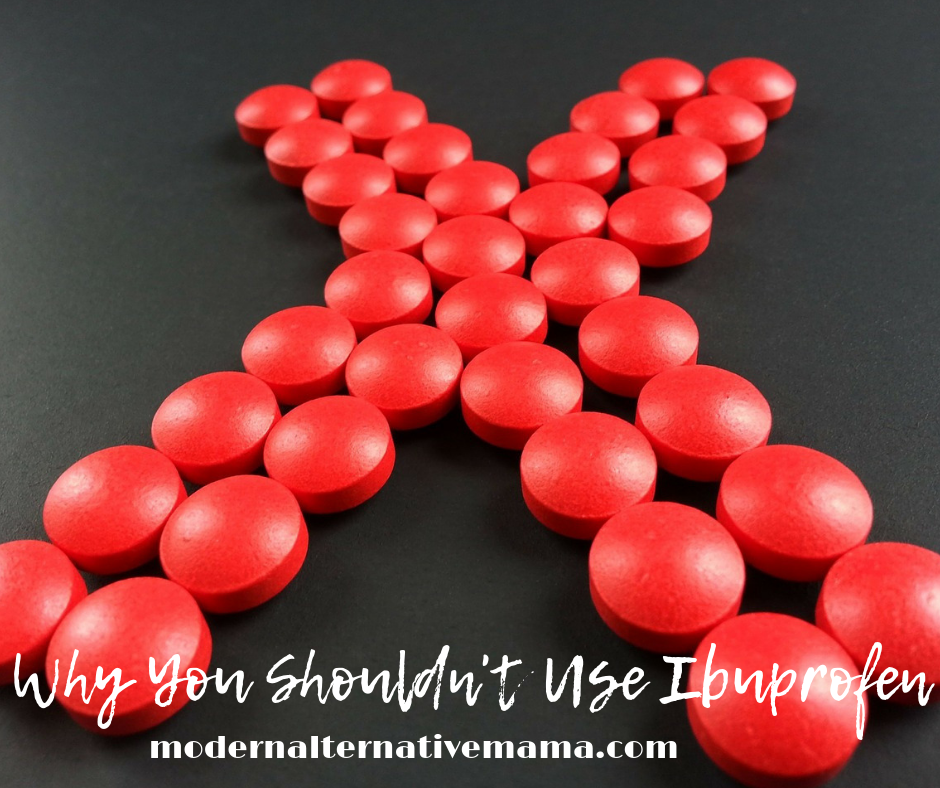 Why You Shouldn’t Use Ibuprofen

Whether for an adult or baby, many reach for ibuprofen — brand names Motrin and Advil — to cure fever, pain and other ills. But is this commonly used over the counter drug healthy?

So many studies have said no, and even the FDA has issued warnings. An estimated 16,000 people die per year from NSAID use, and another 100,000 are hospitalized. Yet, we reach for the drug when worried about illness. Let’s unpack why this is not a drug that should be in your medicine cabinet.

Ibuprofen is a non-steroidal anti-inflammatory drug (NSAID) which is sold both over the counter and as prescription. NSAIDs block the production of prostaglandins, which our bodies release in response to injury or inflammation. We feel these prostaglandins when we feel pain.

Note that drugs made from acetaminophen, like Tylenol, Robitussin, and Nyquil, are not covered here but do carry their own risks.

Dangers of Ibuprofen Use

Instead, try these natural pain and symptom relievers.

You do not need ibuprofen to relieve aches, pains, and fevers. There are natural remedies which will actually solve the symptoms, not just cover them up.

For menstrual cramps and pain, try: Ibuprofen is taken daily around the world, but people are also checking into the hospital with terrible ibuprofen side effects. There are much better, natural ways to take care of aches and pains. Try a natural remedy instead next time, and toss the ibuprofen out today.

Do you use ibuprofen? Tell us why or why not.