The Possible *True* Cause of SIDS…. |
AD 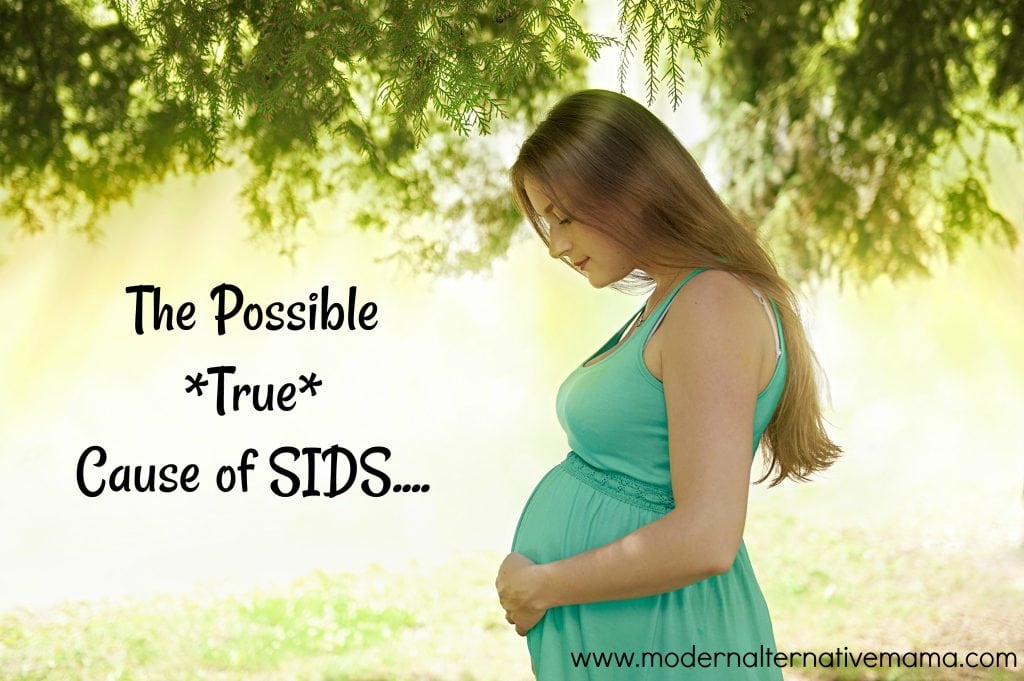 SIDS scares a lot of parents.  It feels like this big, scary thing beyond our control — that our babies could simply die for no apparent reason, even if we do everything “right.”  That’s a horrible feeling!  Losing a child is awful, and not having any control over whether it happens or being able to take any precautions is even worse.

But…what if there is something you can do to reduce risk?

If you’re wary of alternative sources discussing SIDS, I’m not going to say vaccines.  No, it’s something much simpler (and much less controversial) than that.

I ran across this idea only a few weeks ago.  I’ve known for awhile — and most of us have heard — that magnesium is something most of us don’t get enough of, and it’s critical to many body functions.  But I hadn’t heard of its potential to connection to SIDS.

Immediately, I looked it up on Pubmed…and found that it is very real and documented.

I’ll dive into the studies here in a minute, but first I want to say something I think is important.  There are several studies (although not nearly enough) that were completed between the late 80s/early 90s and the early 2000s.  The theory actually originated in the early 70s!  The early studies were observational (checking a mother’s magnesium levels and noting the outcomes with their babies), but later studies were placebo-controlled.  Some women were assigned to magnesium supplementation and others were not — despite the early evidence that magnesium was beneficial.

This is shockingly awful.  Yes, we need to know if magnesium does play this role.  But magnesium is a major mineral that everyone actually needs, and which doesn’t come with many (if any) side effects.  If there’s any evidence that it could help, why not recommend it to everyone?  Why not do a study where everyone gets magnesium in different doses or forms to see which produces the best outcomes?  Wouldn’t it be unethical not to recommend something so low-risk that could save hundreds or thousands of lives, potentially?

(This is the logic that they use to not properly study vaccines, by the way.  Unethical to not give an unproven, yet “life saving” intervention to everyone.  An intervention that comes with far more side effects and risks than a simple mineral.  This is mind blowing to me, that vaccines can use this logic but anything ‘natural’ cannot.)

How Does Magnesium Impact SIDS Risk?

We don’t have a full picture of this, because research didn’t continue when it clearly should have.  Unfortunately, a lot of scientific research that should be done, doesn’t get done, because no one will fund it.  And if there’s no money in the solution/result of the study (i.e. a drug that can be sold), then the study is less likely to get funded.  Magnesium supplements are cheap and available over-the-counter, so there’s little money in doing this research.

That’s why we have to go on what we currently have…which brings me to the studies.

The earliest study I could find, from 1991, concluded that magnesium definitely did play a role in SIDS, because of the way magnesium regulates body temperature.  This was not a new theory even in the early 90s!

A 1993 study notes that there is a connection between respiratory distress syndrome, magnesium deficiency, and SIDS.

Two possibly ways that magnesium affects the body, so far — it affects how the body regulates temperature (possibly allowing the infant to cool too much, thus inducing death), and it affects how the lungs work (causing respiratory distress, and then death).

But this is just the tip of the iceberg.

Another 2001 study in rats noted that three key things combined to cause SIDS: sensitive period of development, being magnesium deficient, and some kind of external ‘shock’ (sudden noises, sudden chill, etc.).  This study actually recommends that magnesium supplementation be used to prevent SIDS deaths!

Yet another 2001 study explains why tummy-sleeping infants may be more vulnerable to SIDS.  Essentially, due to magnesium deficiency, some infants had muscle weakness in the upper body, which prevented them from rolling or turning their heads when their faces were covered.  This, combined with dysregulation of the body (not arousing the baby when oxygen is low), led to SIDS.  Normal, non-magnesium-deficient infants would wake and turn to avoid a problem.  This is why the “back to sleep” campaign reduced, but did not eliminate, SIDS.  (Addressed the result — not the underlying cause.)

A 2002 study looks at magnesium deficiency and general dysregulation, which leads to SIDS.  It suggests magnesium supplementation and “darkness therapy” (completely dark sleeping environment) to promote fixing the body regulation and address the underlying cause.

A 2004 study offers more support for the thermal dysregulation theory, basically saying that if the mother doesn’t get enough magnesium during pregnancy, the baby can become too cool (by not regulating his/her temperature well) and this can lead to SIDS.  It also notes that pre-term labor is caused, in some cases, by “uterine hyperexcitability” due to magnesium deficiency and stress.

Another 2004 study backs up what the 2002 study said about dysregulation and SIDS, and also recommends magnesium supplementation and darkness therapy.  It also notes that dysregulation and magnesium deficiency are often the cause of chronic headaches and some cases of multiple sclerosis.

A 2013 study looked at magnesium in pregnancy, and concluded that a deficiency was strongly correlated with pre-eclampsia, pre-term labor, and leg cramps.

A 2014 rat study noted that babies born to magnesium-deficient mothers had lower levels of DHA (critical to proper brain development), had more growth restriction, and a lower overall survival rate.

What We Know Now

Essentially, we have enough evidence to conclude that magnesium probably plays a role in SIDS, as well as several other situations during pregnancy/birth/infancy.  Low levels of magnesium have been shown to lead to dysregulation in the body, poor lung function, and more.

Given that magnesium is a major mineral that we all need, it seems prudent to supplement throughout pregnancy and while nursing.  There is no known risk to doing so, and it may well reduce the risk of pregnancy complications and SIDS — so why not do it?

For most, there are two main ‘best’ ways to get more magnesium.

Magnesium Sulfate — Epsom salts.  A bath with 1/2 – 1 cup of Epsom salts a few nights a week can provide additional magnesium.

Magnesium Chloride — Use 1/2 – 1 cup of flakes in a bath a few nights a week.  Or, if you want a more cost-effective solution (that’s also easier to use quickly), try this magnesium lotion.

There are other forms of magnesium that work well for some, including magnesium glycinate.  We don’t recommend using magnesium stearate or citrate, and oral is not the best option for most people (although there are exceptions).

Magnesium needs to be balanced with calcium, and is needed to use vitamin D.  Vitamin/mineral agonists and antagonists gets complicated!  Just be sure you are getting plenty of foods rich in calcium, and consider cod liver oil for natural vitamin D (and DHA).

Did you know this about magnesium and SIDS?