How to Breastfeed your NICU Baby |
AD 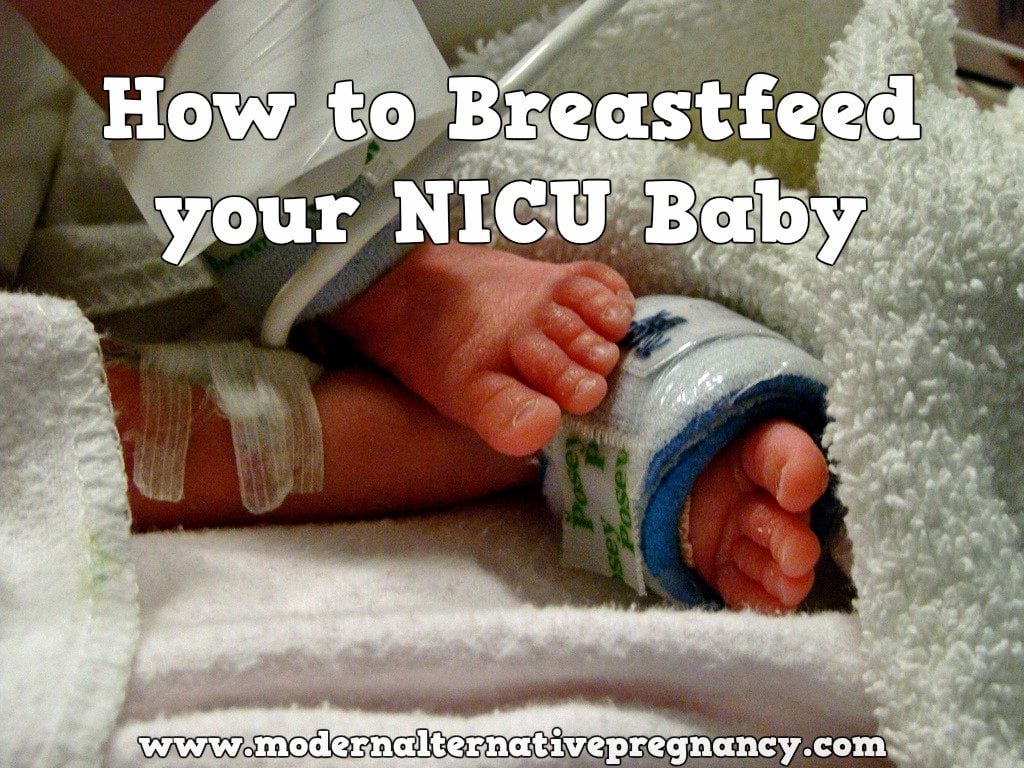 How to Breastfeed your NICU Baby

The Journey of Breastfeeding our NICU Baby

My first son was born too early and was in the NICU for eight days, and as if that were not enough, we were not able to attempt to breastfeed until he was four days old.

The NICU nurses took good care of my son, but it was not a very conducive environment for breastfeeding. This was unintentional as they really were trying to do what was best, but they failed to help me help him.

Instead of offering me help as soon as possible, I was waking up every 3 hours (yes, I had no choice but to do scheduled feedings) and breastfeed my son for about 30 minutes. Then they would feed him a whole feed of breastmilk via a tube. Then I would go pump and get some sleep. To say I was exhausted would have been an understatement.

I had to put my foot down and see the doctor many times. The nurses encouraged me to use a bottle so they could see how much he was eating; we declined. One nurse was sure my son was not getting any milk from me since she could not see any milk in the corners of his mouth when he nursed (never has that happened when I nurse him). He was getting milk from me and then they were feeding him a full feed, as if I had not fed him. Then in three hours he was not hungry because he was fed too much the feed before. It was very discouraging.

Now that I have successfully been through this situation, I would like to pass on some of what I learned to you. There are a few things that really helped me to successfully breastfeed while I had a NICU baby. How to Breastfeed your NICU Baby

This is so important to ensure you do. Skin to skin promotes healthy body temperature for baby, helps with bonding, and encourages your milk to come in. There are usually curtains that can be used to give you privacy when doing skin to skin. It was highly encouraged at the children’s hospital we were in.

Preemie? Milk not in? There’s an Herb for that!

Blessed thistle and fenugreek are two great natural herbs you can take to encourage your milk to come in or to get a higher production of milk. I took both of these, as my baby was a preemie and I was worried my milk would be delayed. Also, since he was a NICU baby, I was not able to help him and love on him like most mothers can after birth. Plus the added stress of the whole ordeal made me concerned for my milk production.

Due to the possible smaller size of your NICU baby and even the medical issues they may be experiencing, it is important to be knowledgeable about different breastfeeding holds that you can try. Football hold might work for you and your baby but it might not for someone else.

Most hospitals will have one available for you to talk to in order to help you and your baby successfully breastfeed. If not, there are plenty of trained lactation consultants who can come and help you. Get a few numbers from friends so you have someone to go to.

Have patience for yourself and your baby. I cannot stress this enough. This is new to both of you. Mom and baby pairs that do not have the added stress of the NICU have difficulties breastfeeding, imagine how much more of a challenge it may be for a mom and NICU baby pair. For me, my son could not even try to nurse until day four! I was so worried he would not be able to latch because we waited so long. But we were successful eventually.

An SNS is a nursing system where you use add breastmilk to a container and from the container is a tube that leads to the breast. When baby is in a nursing position they can get milk from the tube. This can encourage baby to learn to nurse if they are having challenges. We used an SNS to leave the hospital.

You would not think that this would come in handy, but it does. The nurses at the NICU were convinced I was not making enough milk (that happens when you are nursing and pumping—it was like I had twins). They had started to pressure me to possibly use formula if my milk production did not increase. That was not even an option for me. So instead I had a friend, whom I trusted, bring me some of her milk to the hospital and I added it to my pumped milk. This was enough to keep my nurses happy and get us home.

Beginning your breastfeeding relationship with your newborn can be a challenge, adding the fact that your baby is in the NICU and the challenge becomes even greater. Knowing the different things that I know now would have been beneficial to me then. Passing on this information, in an attempt to help others, makes me feel like our experience was not all negative.

What Things Helped You to Successfully Breastfeed Your NICU Baby?