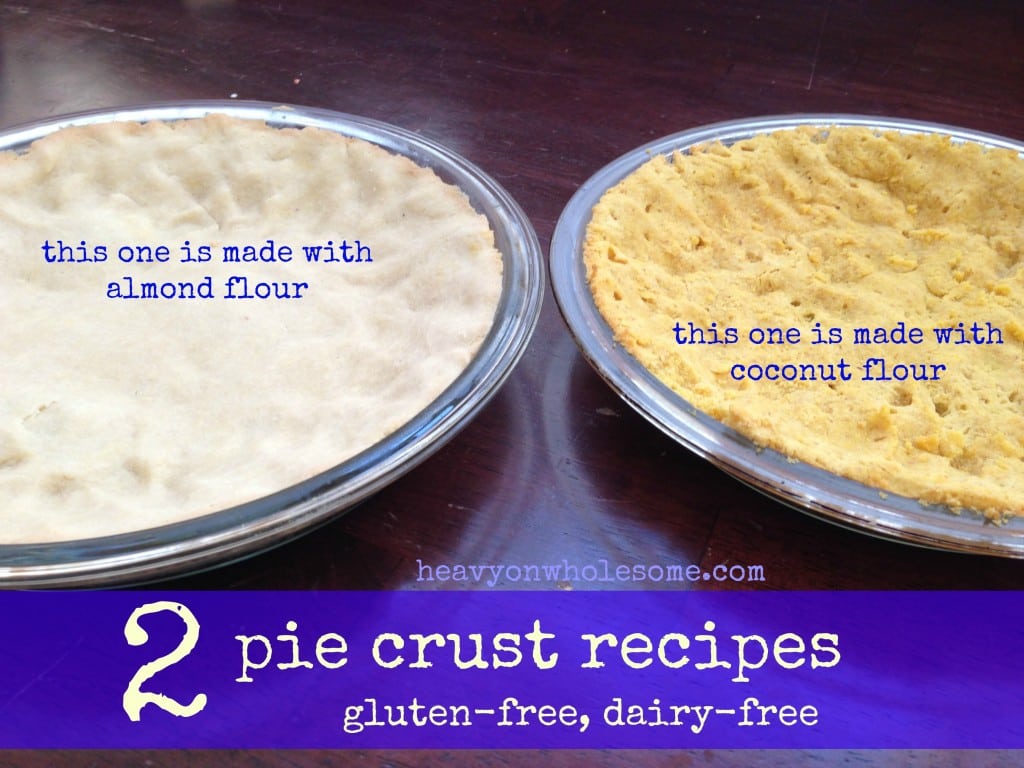 With Thanksgiving and Christmas coming up, there’s bound to be pie in your life sometime soon!  Whether you’re hosting a holiday and have friends with dietary restrictions, or you yourself have food allergies, it’s always a good idea to have a few allergen-free tricks up your sleeve.  Try these recipes for almond and coconut flour pie crust!

Here are two pie crust recipes- one made with almond flour, and another made with coconut flour.  Both are completely grain-free, gluten-free, and dairy-free.  Both are really easy to make and neither one requires chilling or a rolling pin!  Who says special diets have to be inconvenient?  Both crusts are tasty enough that you’ll feel good about serving them to the whole crowd, not just to people who are used to eating “weird recipes.”

In a large mixing bowl, whisk eggs.  Stir in coconut oil.  Add dry ingredients and liquid and stir until dough forms a loose, sticky ball.  Press into a 9-inch pie pan.  Bake for 15 minutes at 350 degrees.

What are your favorite kinds of pies?