The Real Science of COVID |
AD 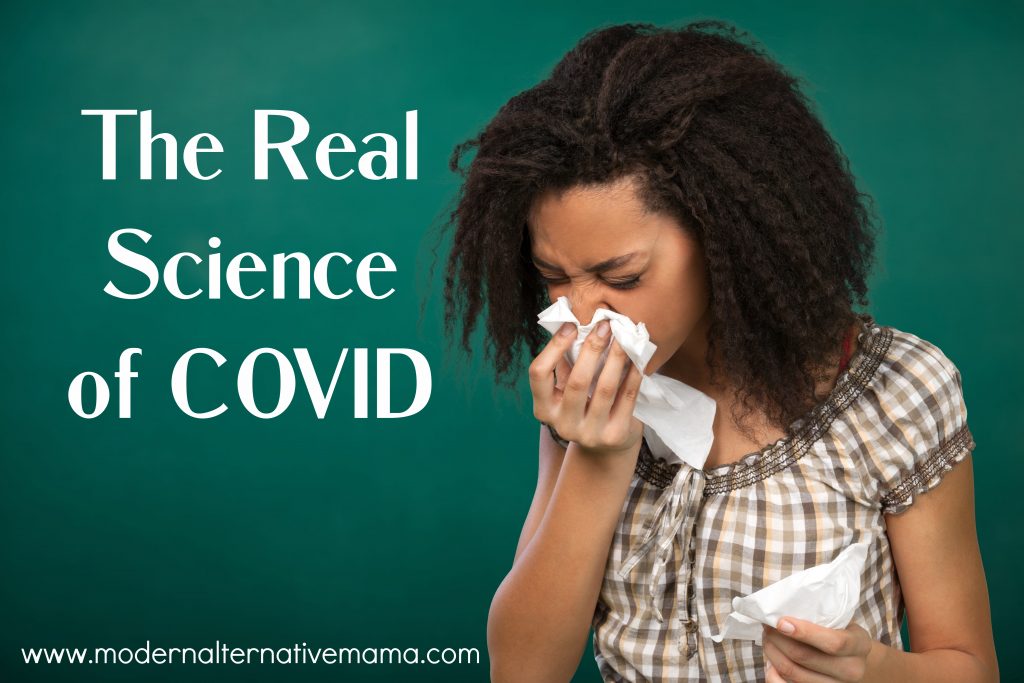 The Real Science of COVID

This morning, I opened the NYT daily newsletter (I like to read news from many sources, to see what the world is thinking) and their top story was about COVID.  They were talking about how COVID cases have declined nearly 40% since the beginning of September, and that mitigation efforts like masks and social distancing have a smaller impact on the behavior of COVID than we previously thought, and we need to be cautious not to vilify people who react or respond differently.

This makes me frustrated and angry.

I just want to set the record straight on all of this.

What We (Actually) Believed in the Beginning

When COVID first became known in early 2020, many of us — including myself — approached it cautiously.  We watched to see what would happen.  We supported choosing to stay home if going out wasn’t necessary (although we did not support arbitrary business shut-downs and government orders).

The truth was, there was so much unknown.  We had to wait and see.

Once we knew a little more, we supported a moderate approach, which included:

We recognized, once there was data available, that the people who were most at-risk were the elderly and those with underlying conditions.  Young, healthy people were not dying in high numbers.  A nuanced approach was the most prudent.

For this, we were vilified as “grandma killers” and “selfish people who think a new haircut is more important than human life.”

This was never about a denial of COVID, or that people were getting sick and dying.  It was about balancing mitigating the risks of catching COVID alongside the risks of mental health concerns, rising violence (domestic and otherwise), abuse and neglect, loss of income (which is devastating for those who don’t make much), loss of educational opportunities, and so much more.  It doesn’t pay to be laser-focused on only one issue, to the neglect of all others.  We see what has happened when you do that!

And yet.  This view was considered “radical” and “ridiculous.”  (Now, it is considered by most to be the prudent approach.)

Humans Have Little Impact on COVID

Viruses are viruses.  They don’t play by human rules, and we know very little about what causes them to surge or fade away.  All of the arbitrary and draconian rules at the beginning of the pandemic (and those that continue now) are an attempt to control something that really cannot be controlled and is not even understood.

Cases have surged and fallen in two-month cycles since the beginning.  This is irrespective of lockdowns, social distancing, or mask behaviors.  It has happened in nearly every country.  It has not been seasonal (i.e. not cases rising in the cold months and receding in the warm months).

We saw cases surge in the US starting in early July this year (again).  Every country with a major, similar outbreak that had started earlier had receded after about two months.  We had every reason to believe it would happen here, too.

But the time when the outbreak should start receding coincided with back-to-school time, and the fall months.  Experts theorized that we would need to double down on masks and social distancing but that we should expect cases to surge even higher.

That didn’t happen.  Cases did begin to recede in early September, and are down nearly 40% already (as of the second week of October).  It shows that the virus is truly not very tied to human actions, it does what it does, and we don’t fully understand why.

The bare truth is: this is something we can’t control.  It is a virus.  It does what it does.  We can engage in magical thinking and pretend that if we snap our fingers twice and put on a third mask as we leave our homes that we’ll be safe, but there are really no guarantees.

The Science is Complex

Explaining the science we do have would be far more than one blog post could encompass.  Here’s a very brief summary of what is out there:

This is serious. Many studies are linked here.  If you look at the parts about nutrient deficiencies and available natural remedies, it is clear that we did not use all the tools at our disposal, and that tens of thousands of people who didn’t have to die, did, because of it.  Is that akin to manslaughter?  Honestly, if we have things that would make a difference in outcomes but they weren’t profitable or taken seriously by the mainstream US, isn’t that a problem?  They can’t claim it was really about “saving lives” if they refused to use cheap, readily available tools that would have changed the outcome for so many people.

And because many people are unaware of most of this, and are acting from a place of fear, they vilify people who do not do what the mainstream says.  People have ended relationships over this.

Further, a lot of people have been censored or kicked off of social media for stating verifiable facts that don’t go along with the mainstream’s narrative.  Some sites have literally blocked articles from medical journals!  People don’t even know they’re being manipulated and that they’re not seeing the whole truth.

It has led to unconscionable hate in society, and many suggestions that those who do not go along with the mainstream ways should not receive any medical care, should be fired from jobs, and should be barred from public spaces.  In some areas of the country, these things are actually happening….

Many of us have been aware that this is a complex topic all along — and that we had options to protect our health that weren’t masks and vaccines.  We knew that there were so many angles to look at, that the science was sometimes conflicting or not what the mainstream said, that the response in general needed to be nuanced and with a message of hope and unity.

If you see how awful this has all been, and how the response of some in society has caused further problems, you are not alone.  It’s been frustrating to be considered the scapegoats and to be told we’re stupid and ridiculous and pathetic (even when the most educated among us have been the most able to see what’s going on).

Honestly, this has been one of the most frustrating times to ever walk through.  It’s not just the virus itself, and the uncertainty that it presented.  It’s how society responded to it.  How people treated one another.  The arbitrary and varied response from government.  The government officials who engaged in hate and blame.  The violence towards those who think differently.  The branding of people as “domestic terrorists” and hate groups for trying to speak up and finally be heard.

I never thought I would see something like this happen.

But, there is a bit of light.  Even though the media (and social media) are filled with people who are hard and rude and hateful, the real world is not.  I talk to a lot of people who do understand that this is a nuanced situation and there’s a lot more going on than we’re told.  That it’s complex.  That natural health is part of the solution.  More people are seeing what’s happening here, and that this is not okay.

How do you feel about the whole COVID situation?