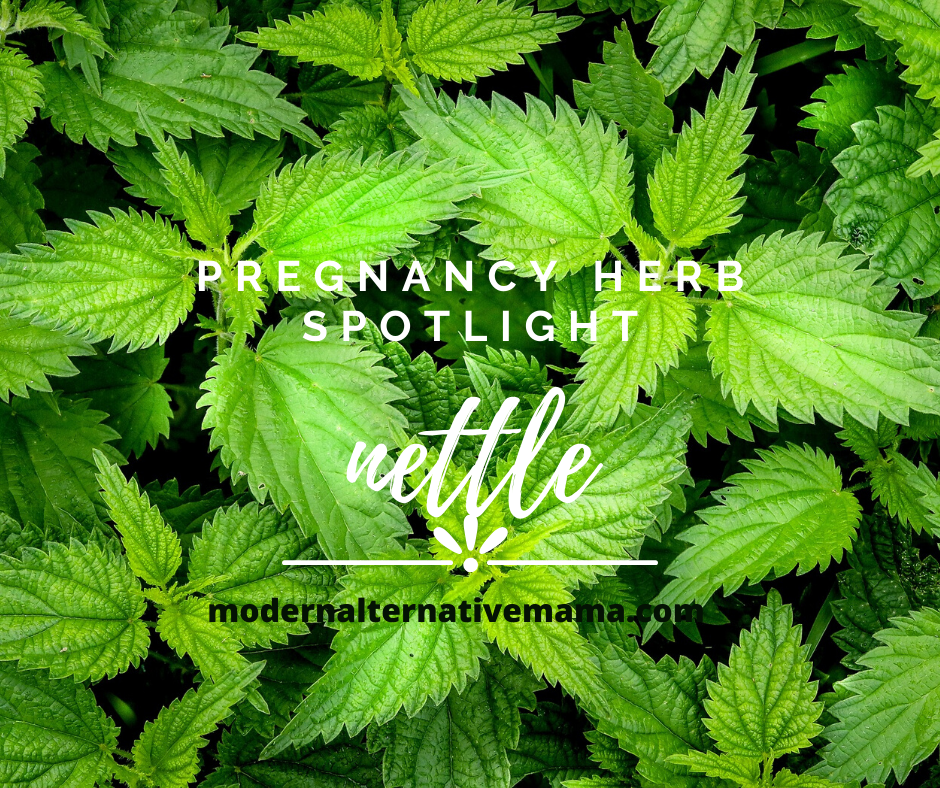 Nettle, also known as stinging nettle, is found in ditches, fence lines, and yards across the United States, but it is rarely utilized despite its monumental health benefits. Nettle is a deep green luscious, 5-8 foot plant, with heart-shaped 2-5 inch long opposite serrated leaves, with light purple flowers.

Wood nettle appears similar, with a lighter olive color and larger, rounded leaves. It is found in woods, not surprisingly.

Nettle has been used as a laxative, or for detoxification, and is considered warming in eastern medicine. It contains antioxidants, phytonutrients and vitamins A, B, C, and K, as well as amino acids, fatty acids, folate, iron, magnesium, calcium, manganese, phosphorus, and potassium. Most women need a boost of iron, magnesium, and calcium. Fatty acids have shown to aid in smooth labor. In addition, nettle is a bioavailable form of essential vitamins and minerals, something that is not always present in prenatal vitamins.

Nettle is also used to soothe histamine and other allergy triggers, a common pregnancy issue. It purifies the blood with its high chlorophyll content, which is especially important as the blood volume increases throughout pregnancy. Magnesium helps aid leg cramps, and calcium can limit the pain during childbirth. The high vitamin K content can help prevent hemorrhage. Nettle has always been used to boost milk production postpartum.

Ways to Use Nettle During Pregnancy

You can purchase loose leaf dried bulk nettle at most health food stores, or online, or as a tincture or in capsules. The best way to take an herb is a way that you will actually take it. So if you are a capsule person and don’t like herbal tea, don’t feel like you must buy the loose leaf version.

You can, of course, also gather your own nettle. Keep in mind that when fresh, it has tiny needles that sting! Use gloves when gathering and processing. Once dried or cooked, the sting dissipates. Also, if choosing to find your own, consider where you are gathering to be safe and avoid areas with pesticides.

Three ways to use loose leaf nettle as a drink during pregnancy: Talk to your physician if you are on any medications before starting nettle during pregnancy, especially if you are on blood thinners.

Stick to four cups maximum of tea, two of infusion, and just a cup of decoction per day.

Have you used nettle during pregnancy?