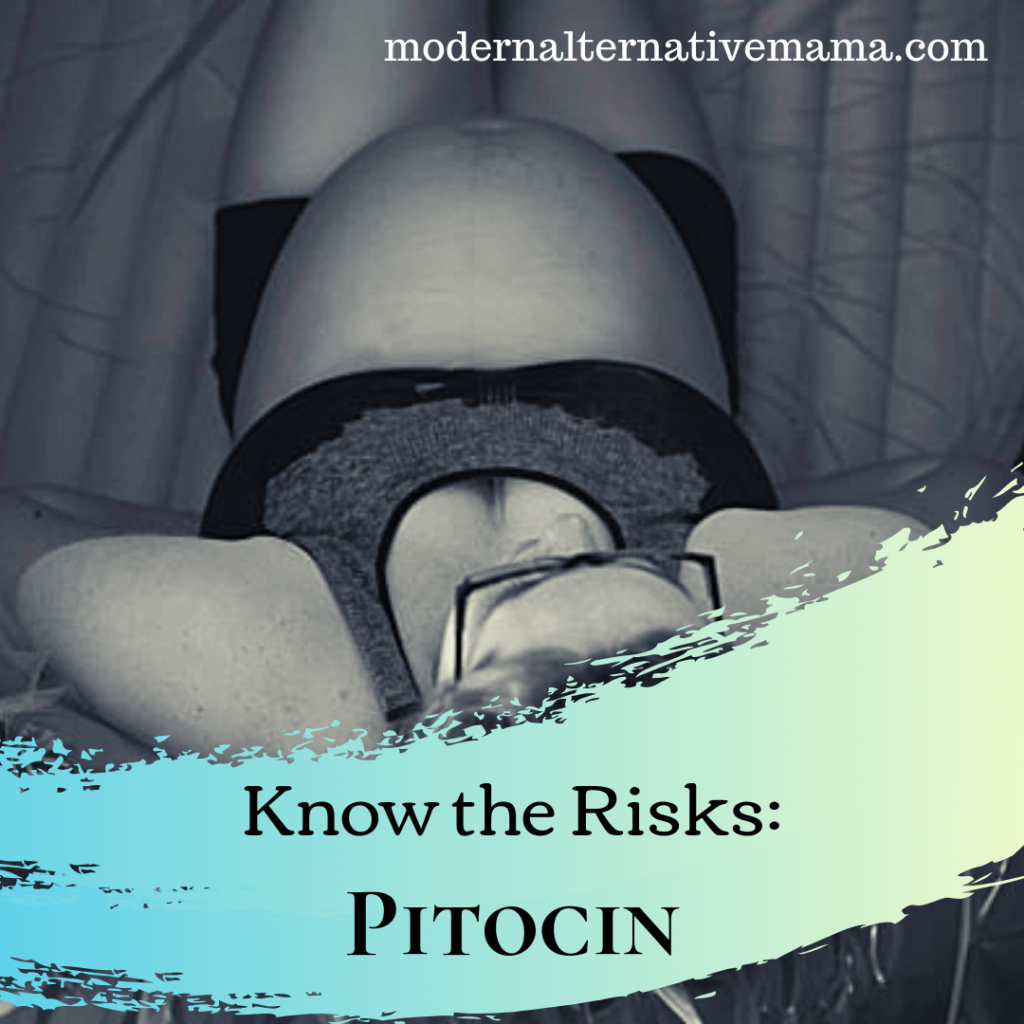 Today, 40% of women are induced (labor is artifically started, normally with Pitocin), however, many more women had Pitocin administered during labor.

Women’s bodies are capable of laboring without augmentation, though perhaps not as quickly as a physician may like. However, most women do not make it through labor without augmentation (typically by brand name Pitocin). In fact, Dr. Roberto Caldreyo-Barcia, former president of the International Federation of Obstetricians and Gynecologists said that “Pitocin is the most abused drug in the world today” in the 1980s. In 1978, the FDA removed its approval for the use of the drug to induce labor electively, and it has never approved it again.

Now, there are situations where Pitocin augments labor and prevents a cesarean section, though rare. In short, labor augmentation should not be a “standard” intervention during birth.  Many mothers are offered to begin birth artificially. Should you consider using Pitocin to start or augment your birth? Read on to learn more.

Pitocin is a synthetic form of oxytocin — the natural hormone responsible for contractions, and is also excreted during sex and nursing. Pitocin is used to start or strengthen labor in most developed countries.

Pitocin is medically necessary in some situations (read more below), but it is normally offered in situations when it is not necessary, such as the physician or mother becoming anxious, before 42 weeks gestation, or when a physician wants to speed a labor that is progressing normally.

The truth is using Pitocin is not without risks. These risks are associated with the drug’s use.

Modern maternity care looks at birth as a medical event — the mother is “sick” and needs help. But birth has been seen as a natural event for generations, and a mother typically does not need any help birthing her baby.

With the use of the modern hospital, birth has been turned into a business, an expensive one at that. When a woman steps into the hospital in labor, an electronic fetal monitor is hooked up to her, where physicians watch her and baby’s every heart rate fluctuation. Nevermind that this intervention has shown to not help maternal or fetal outcomes one bit.

Then, Pitocin may be used to augment the labor. The pain from the augmented contractions causes a mother to want pain relief, so an epidural is administered. This makes mom and baby tired, possibly lowering the baby’s heart rate, confines the mother to the hospital bed where she cannot move her body to allow the baby to make its moves out through the pelvis and birth canal, or makes it near impossible for the mother to push the baby out.

Finally, an assisted delivery or cesarean section is ordered.

To learn more about this, watch the Business of Being Born (and part II), which is available online and on Netlflix.

When Pitocin is Necessary

There are definitely situations where Pitocin is necessary and needed. The drug has however, provided another medical alternative (there are natural alternatives, however) to stalled labor. It is also useful to help the uterus contract after delivery if there is bleeding present. Normally, it is overused and an unnecessary intervention.

Midwives have been using gentle, natural methods to start or augment labor for millennia. The following methods are not medical advice, and you should run everything past your physician before trying it out.

Pitocin is a standard intervention in today’s medical model, however, its routine use is not safe for mother and baby. Educate yourself, choose an evidence-based birth team, and prepare for a natural birth to avoid Pitocin.

Did you have labor augments with Pitocin? Were you informed of its risks?

The sweet photo used for the main graphic is from a homebirth of angel baby Layla Harvatt, who is no longer earthside. I dedicate this post in remembrance of her. Click here to see her natural homebirth.