Inside the Twisted World of Vaccine Pushers |
AD 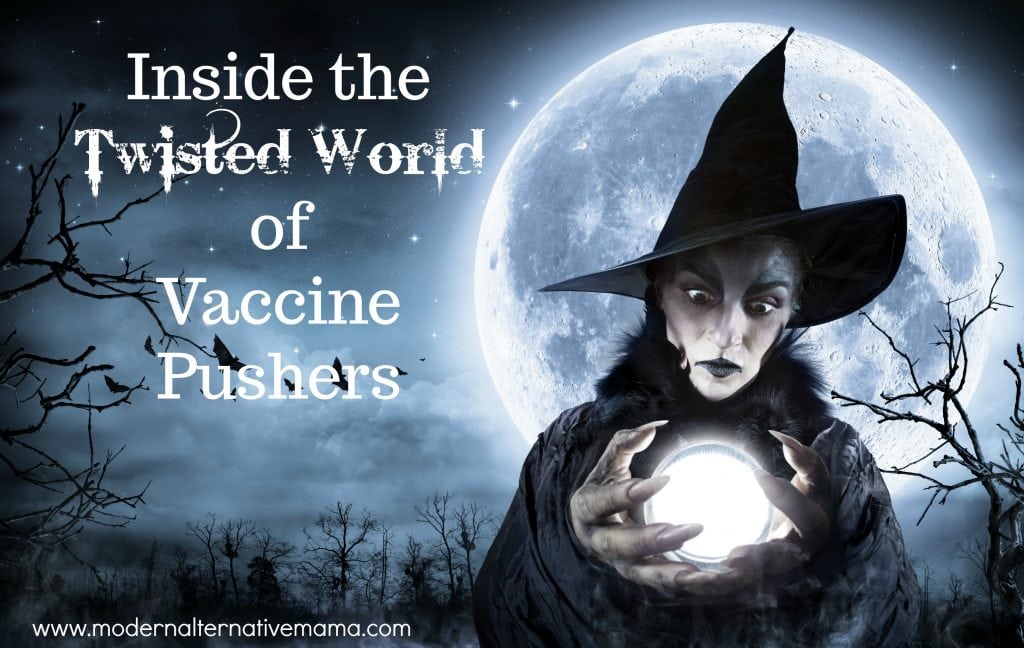 Inside the Twisted World of Vaccine Pushers

I don’t relish writing this post.  In fact, I seriously wish I didn’t need to.  But sadly, I do, because this twisted behavior of vaccine pushers must come to light.

Last night (5/27) I was given a 24-hour Facebook ban…my first, actually.  Many advocates have faced several, but I had not.  And why, you ask?  What did I do or say that was so atrocious?

I dared to comment on my own profile this phrase: “Please help her get informed.  She needs to know the truth.”

This did not name, but was referring to the Ohio AAP CEO.  I had requested that people respectfully send her scientific studies about vaccines.

Here’s the screenshot to prove it:

What has followed is nothing short of madness.

Inside the Twisted World of Vaccine Pushers

The vaccine pushers have woven a masterful tale.  An entirely fictional tale, but I’ll let the readers examine it all and decide for themselves how to feel.

In their version, the Ohio AAP was just minding their own business, working tirelessly to improve the lives of children everywhere, when I, irrationally and unprovoked, started viciously attacking them.  I did this because I’m mentally unbalanced and can’t stand that they actually want to help children.  I want to sell them false hopes and snake oils, so, you see, I have to take them down.

In reality, this was my first comment to the Ohio AAP, triggered specifically by their support of HB559.  I don’t care that they are pro-vaccine.  I do care if they are trying to limit families’ rights.  (More on that bill.)

This was my response:

This comment was immediately deleted, and I was banned from commenting on the page.  I was also blocked personally by the Ohio AAP’s leadership, for some reason, even though I never commented or reacted to anything on their profiles.  (I know this because several hours later, after seeing multiple people sharing screenshots, I went to look them up myself and found out I couldn’t.)

Every single comment that anyone made in opposition to HB559 was deleted.  Anyone who asked why comments were being deleted, was deleted, and they were banned.  Some people who simply reacted to posts with an angry face were banned too.

This is incredibly unprofessional behavior from an organization that is supposed to be about public health.  Surely they understand that many families — families they must be able to work with — will disagree with their stance.  They need to be able to navigate these situations by allowing people to have their say, or responding nicely along the lines of “Thanks for your opinion, but we disagree because…”

I have no problem with that.  I don’t expect that they will actually change their stance.  It’s not a big deal to me if they say “We stand with vaccines, and here’s why.”  But they’re not responding professionally; they’re just deleting people.  (Something that I get criticized for doing constantly, by the way.  I don’t delete people nearly as quickly as they do!)

Regardless of how the Ohio AAP feels, however, we, as citizens, have every right to weigh in on new bills that would limit our choices.  It’s called being politically active.  Surely they don’t expect to push a new bill through unopposed?

Several troll groups got involved.  In their version of the story, beyond my vicious and unprovoked attack (see above for what I said…), I have continued to bully and harass people, and I am mentally unbalanced.

I have had no contact with the Ohio AAP other than what is shared above, and also asking them if they were deleting comments and suggesting that this was unprofessional.  I have written this post about the new bill.  That’s about it.

I have never spoken to any of the members personally, not via phone, email, or in person.  I have not commented on their personal Facebook profiles.  Any communication I chose to engage in would be as respectful and appropriate as what I commented above.

They have created several new Facebook groups and pages dedicated to me.  I won’t link them, but I will name some.  Visit them at your own risk.

There are others that frequently talk about me but weren’t dedicated entirely to me (the last two would fall in that bunch).

On these pages, they illegally steal my images, create memes from my pictures, call me names, slander me.  They use fake profiles to sneak into my group and onto my pages, and they use these profiles to take screenshots of things that I, or other group members post to mock us.

They do these things…and then paint themselves as victims when we dare to call them out for this behavior.

It’s because they are narcissists who have written down everything that they are…and assigned it to me.

Don’t take my word for it; go have a peek at some of those groups.  Just remember that you’re about to see some of the worst that humanity has to offer, and you can’t unsee it.

The irony is breathtaking.  They’re allowed to literally create hate groups centered around individuals and this is fine with Facebook’s community standards (we’ve reported them and have been told they are not in violation).  But my comment about helping educate was clearly horribly offensive.  Facebook has no standards; they just delete whatever enough people complain about and ignore everything else.

What We’re Up Against…

This is what we have to face, just for daring to speak out about alternative choices.

Personally, I don’t care that people make mainstream choices.  I don’t care if they eat junk food and get every vaccine.  That’s up to them!  I would never attack or belittle someone for their choices.  (And I certainly wouldn’t waste my time creating memes of their faces, mocking them personally, creating groups to slander them, etc.)

The point where I get involved is where they try to encroach on my rights.  That’s what’s happening here, with this new bill.  It’s the sole reason I’m speaking out.

They, however, do not feel the same way.  They speak out just because we live our lives differently.  It isn’t okay with them that we exist.  That’s very, very sad.

By the way, there are medical professionals who are members of these groups.  Are these the people you trust to care for your child?  Would you feel comfortable going to see a doctor or a nurse if you knew that your office visit story would end up on an internet forum, where you got mocked mercilessly?

This is the kind of thing they teach in “professional” conferences these days:

Essentially, instead of learning about the safety studies and actual science surrounding vaccines, they learn how to coerce parents into vaccinating.  This is far from the only conference teaching this.

If you were on the fence about vaccines, would you feel okay seeing a doctor who was more interested in convincing you to vaccinate than in answering your legitimate questions?  I wouldn’t.

Where Do We Go From Here?

We will NOT let the bullies stop us from exercising our rights.  It’s more important than ever that we stand up and say that we’re not okay with HB559 or this kind of bullying behavior.  (Wonder why we have such a bullying problem in school?  I know why.)

I encourage everyone to flood the AAP with letters about your disappointment in their conduct, and link scientific studies about vaccines.  Please continue to contact your state representatives, too, if you are in Ohio.

I also encourage everyone to seriously consider if you will allow the medical industry to treat you this way.  As public servants, they need to be able and willing to work with families from all walks of life, including those who disagree with parts of what they do.  We should not be forced to accept mainstream medicine as an “all or nothing.”

Rather, we should understand there are things that Western medicine is good for (trauma, accidents, life-or-death situations) and things that they are not good for (general health promotion, diet, management of many chronic conditions, treating many acute conditions…).  Western medicine deserves credit where credit is due, but it is not the be-all-end-all of life.  There are many other options for health care, and there should be.

If you are new to this, I encourage you to keep reading and researching to feel more comfortable with stepping outside of Western medicine.  Start with the simple stuff, like sniffles and tummy aches.  (I have a great book, Natural Remedies for Kids, that can help you get started.)

Also, because of the trolling activity and Facebook’s censorship (that’s a long story), if you want to be sure to hear from us, please sign up for our mailing list.  We’ll even give you a free vaccine guide for it. 🙂  This is the only way to be sure that you get the information you want…without the bullying.

Now that you’ve seen it all, how do you feel about vaccine pushers?