Positive Discipline: Why it Works and the Dangers of Punishment |
AD 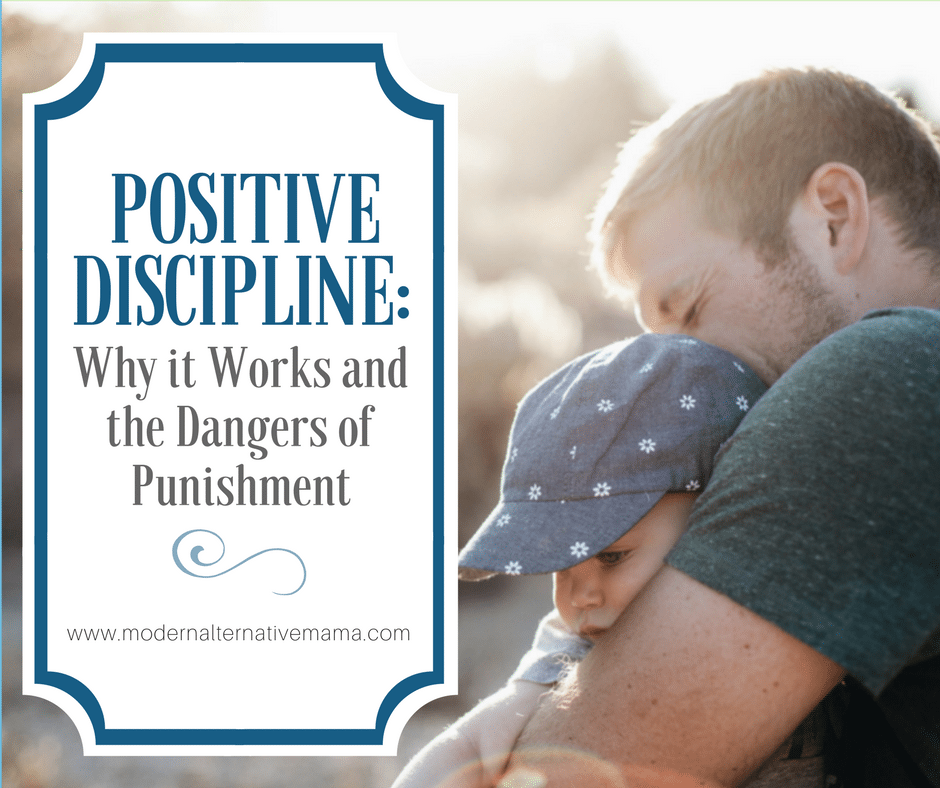 Positive Discipline: Why it Works and the Dangers of Punishment

As parents, we are often stressed, overworked, tired, and haven’t showered in a very long time. This can make any person’s patience wear thin. It is in times like this that parents sometimes make discipline choices that they might not have if they had more support. We all want our children to be well-behaved, but how do we get the results that we want? This is where some parents stand at a fork in the road between positive discipline and negative punishment. What’s the difference?

There is a difference between punishment and discipline, but they can appear very similar. Let’s look at the differences now.

Punishment is a consequence of perceived bad behavior. Often the child is made to suffer for their past bad behavior or breaking the rules laid out by the parents or care establishment (school or daycare.)

“You’re not going to go out with your friends until you clean your room!”

“I’m going to give you a spanking because you’re not listening to what I’m saying to you!”

“You can’t play with your toys after dinner because you won’t eat!”

The goal of punishment is to make the child suffer for their perceived bad behavior. But what the parent may not realize is that young children aren’t mentally mature enough to understand this concept. So the child is left wondering why they are having their toys taken away for not eating their meal. Their brains simply aren’t ready to make the connection between their bad deed and the consequences laid out by their caregiver.

Threats of being physically injured, as in spanking, can be very alarming for a young child. It makes their cortisol levels rise in response to the threat, which is a normal fight or flight response to danger. If a child is constantly living with the threat of physical injury their brain development can actually be altered long-term from the constant exposure to the cortisol in their blood. Chronically elevated cortisol can also lead to many other negative health conditions such as:

Studies show that children in a facility daycare setting have higher levels of cortisol in their blood as a result of the higher-stress environment they are in on a daily basis (source). Using a home daycare might mitigate some of the bad effects of cortisol in children while away from their parents.

But how do you put this into action on a daily basis or when you’re faced with a tricky situation where a child has done something wrong, like hitting another child? And how do you stay calm in a situation like this?

It helps to think of positive discipline as a way of being, rather than the action/consequence way of thinking. If you are modeling caring behavior on a daily basis your child is more likely to learn how to be that way.

For example, if you want your child to be the type of child/person who is kind when your dog chews the couch don’t get mad a yell at the dog and smack it on the nose. This will teach your child that when someone does something wrong or that you don’t like you should smack them and yell at them. Instead, the parent should calmly remove the dog from the room and clean up the mess without making any angry comments about what happened.

What is okay to model is dissatisfaction with what the dog did. The parent can talk to the child about how the dog chewing the couch made them feel upset. They can discuss how it will mean that they have to repair or buy a new couch, take time to clean it up, and spend more time training the dog not to do things like chew the couch. Also, they can express worry that the dog may have eaten some and could get an upset stomach.

In this way, the child can see that this is how you handle a situation where something has happened that you are upset about without being angry or hitting anyone, but that it is okay to have upset feelings when bad things happen.

So when your child is out at a playgroup and hits another child because they are angry that they’ve taken their toy, what you can do is pull your child aside and talk about how the other child felt being hit and what your child could have done instead. Then you and your child can go to the child who took the toy and ask nicely for it back. This will also reinforce to the child that you are there for them to help guide them and support them during difficult situations, even if they have displayed undesirable behavior.

“I see you’re very upset, it’s okay to have upset feelings but it’s not okay to hit.”

“You’re angry about not having a treat while we’re out. It can be upsetting when we don’t get what we want right away.”

“Hitting your brother was not a nice thing to do; I will need you to come stand by me while I work in the kitchen so that I know that everyone in the house is safe. When I have a minute to talk to everyone we will figure out where the situation went wrong.”

Sometimes it will feel like you as the parent just talk all day long. That’s good! Lots of open communication is key to positive discipline and staying connected with your child. For more on how to form a good connection with your child read this!

Do you struggle with positive discipline?