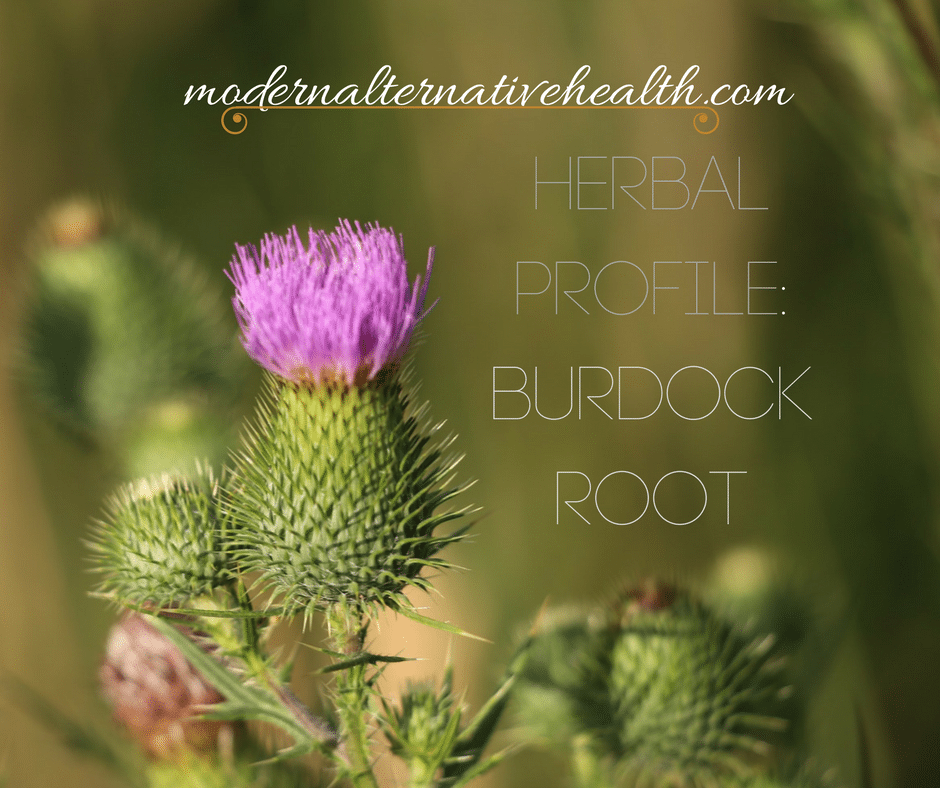 What is Burdock Root?

The scientific name for burdock is arctium lappa. It is common to Asia, North America, and Europe. It is also known in Asian countries where the steamed leaves are served as a common dish. Though the root is mostly used in healing teas and tonics today, the entire plant is edible and useful.

It is a towering green plant which can reach up to nine feet in height. The weeds can descend up to three feet, which is great for a tea supply but not always easy to harvest. It has furry and large oblong leaves and a thistly-purple flower. Chances are you’ve walked past burdock hundreds of times and ignored this weed.

Burdock root has shown to be one of the heaviest hitters among healthy herbs. This plant is implied to slow tumor growth and wrinkles. Here are ten of its awesome abilities.

How to Prepare Burdock

Seed
The seed has been used as a mild diuretic by boiling a decoction in water.

Fruit
The fruit of the plant has been used for thousands of years to help with stomach and lung issues. Consume raw in salads and soups, or dry and use as a tea.

Leaves
The leaves can be eaten fresh or chopped and sauteed as is the common method in Japan in a dish called “gobo.” The leaves have also been used to cover wounds and balance blood flow when wrapped around or a poultice is applied to the skin.

Stalks
The stalks can also actually be eaten raw or steamed, and resemble the rooty taste of asparagus.

You can purchase bulk burdock root, or many stores carry teas containing burdock root. It’s also an option to forage your yard and neighborhood for the stuff for free. It can be eaten raw, cooked, or dried and used in teas.

Combine 1 tablespoon of loose, dried burdock root with one cup of boiling (filtered) water. Allow to cool 5 minutes, then enjoy.

You can also make a decoction – essentially a slow-brewed tea, which is much stronger. Boil 1 quart of water and place with 3 tablespoons of burdock root in a heat-safe glass jar. Allow the jar to sit for 6-8 hours, then strain the root out.

Burdock root is also an ingredient in the famous cancer treatment dubbed “essiac tea.” A recipe for the tea is below.

*This is a recipe for a half gallon of tea. You can multiply or divide the recipe based on the amount you wish to make.

Bring a half gallon of water to a boil and add all the herbs. Cover, and allow to sit for 24 hours. Heat again, but do not boil. Allow to cool, and strain out herbs. Keep in a sealed glass jar for up to one week in the refrigerator.

Burdock may be one of the most underutilized healthy plants. Forage or buy some for your home, and use regularly for potent health.

***Burdock root should not be consumed during pregnancy, nor for those who are allergic to the asteraceae family, such as dandelions and daises.

Have you ever used burdock root?