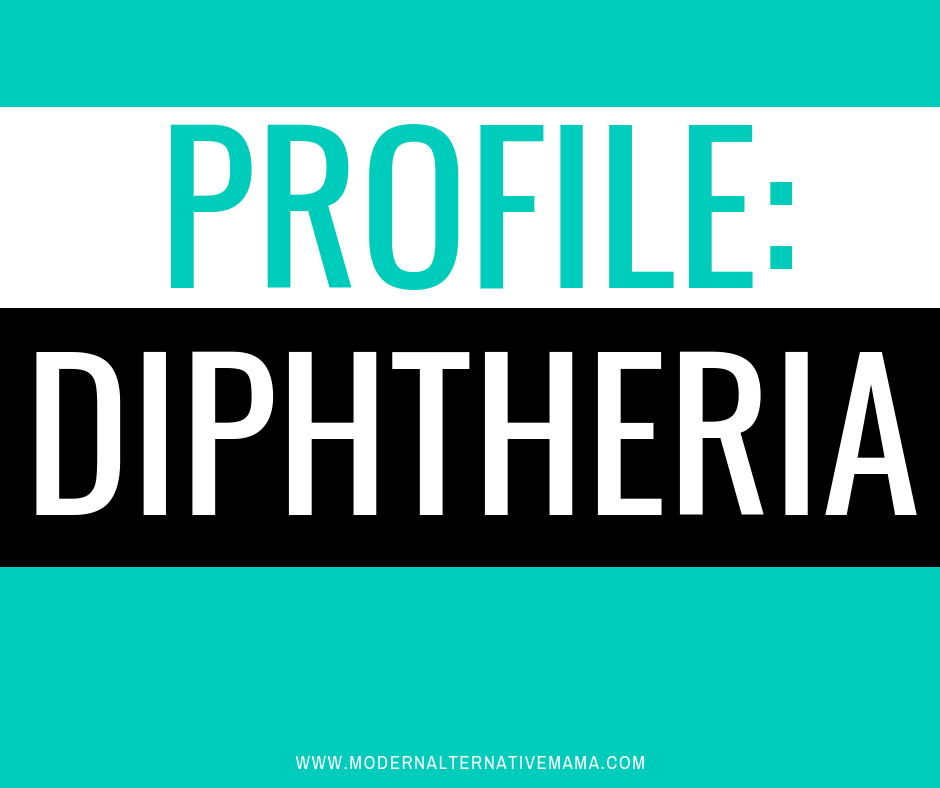 Just the mention of the bacteria diphtheria is enough to bring terror in the heart of any mom. Let’s unpack the disease, its treatment, and how we can keep it at bay.

Like all bacteria, diphtheria is present in the world around us and within us, and only presents an issue when it overtakes the body’s organs or a body’s system. It also can infect numerous places in the body, with greatly differing degrees of illness. The same strain of bacteria can not impact one individual whatsoever, cause a cough in another, while causing a serious infection in another. The degree of illness entirely depends on the host’s health.

According to the CDC, diphtheria (corynebacterium diphtheriae) can be spread through respiratory droplets, touching an object after someone with the bacteria, or through open sores containing the bacteria. The incubation period is typically 2 to 5 days.

The bacteria can infect the lining of the respiratory system which then produces a toxin. The toxin can cause swollen glands, sore throat, fever, and body weakness. The infected tissue dies, and forms a gray membrane, called pseudomembrane. The membrane lines the respiratory system, including the nose and throat, making it difficult to swallow and breathe.

The toxin can also affect other systems – such as the blood, heart and kidneys.

The last known case of diphtheria in the U.S. was in 2003. Today, there are zero to five cases of diphtheria in the U.S. per year. Diphtheria is found mostly in low socioeconomic areas, where access to clean air and water, sunlight, and nutritious food is limited. This explains its prevalence in centuries past where children were forced to work at young ages in factories, with limited access to proper nutrition.

The diphtheria vaccine was first introduced in 1920, after the disease, along with the host of communicable diseases for which there are and are not vaccines, also declined significantly. In fact, when the vaccine was introduced, the prevalence of the disease spiked. All other communicable diseases, such as measles, whooping cough, and the like, as well as communicable diseases such as scarlet fever, for which there is still no vaccine, also declined at similar rates. This is due to increased sanitation, better transportation, refrigeration, access to nutritional food, less work for children, and indoor plumbing. If the vaccine truly eradicated a disease, we would see all diseases only plummeting when a vaccine is introduced. Instead, we see all diseases becoming less prevalent at the same rate as these measures of health were implemented.

Most doctors today only look for symptoms, but a bacteria swab of the area should be completed for an accurate diagnosis. There is no knowledge currently on how to determine if a case of diphtheria bacteria present will display in a simple cough or infection, or move into the toxin phase. Studies have shown that bacteria is more likely to move into the more serious, toxin phase.

Since immunity wanes, the vaccine manufacturers and CDC suggest that a person receive a booster every 10 years or if in contact with someone diagnosed with diphtheria.

Since the diphtheria vaccine cannot be received singularly, there is an increased likelihood of reaction from the multi-dose vaccine. Since Sept. 2015, there have been 839 deaths and 4,355 serious injuries filed as claims in the Vaccine Injury Compensation Program. Remember that the FDA has noted that this is likely 1-10% of the true number of cases, as many go unreported.

Diphtheria is treated conventionally in two ways: administer an antitoxin to the toxin, and antibiotics to kill the diphtheria bacteria.

Interestingly, the diphtheria antitoxin (DAT) is not licensed by the FDA; however, it is allowed for dispersion by the CDC as an “investigational new drug (IND).”

Antibiotics have not proven to treat the diphtheria bacteria effectively (Harrison’s Principles of Internal Medicine).

If difficulty persists, someone infected wtih diphtheria may also need IV fluids, oxygen, and a breathing tube in a hospital while being treated.

The best way to avoid any infection or disease is prevention. Access to sunlight, clean water and air, plenty of rest and play, and whole, raw nutritional food is the best prevention for any communicable or chronic disease.

If the infection becomes systemic or producing a toxin, it is best to seek medical care to at least monitor the disease.

Have you ever come in contact with diphtheria or had a dTap vaccine reaction?

I am not a doctor, please seek medical advice from your physician.