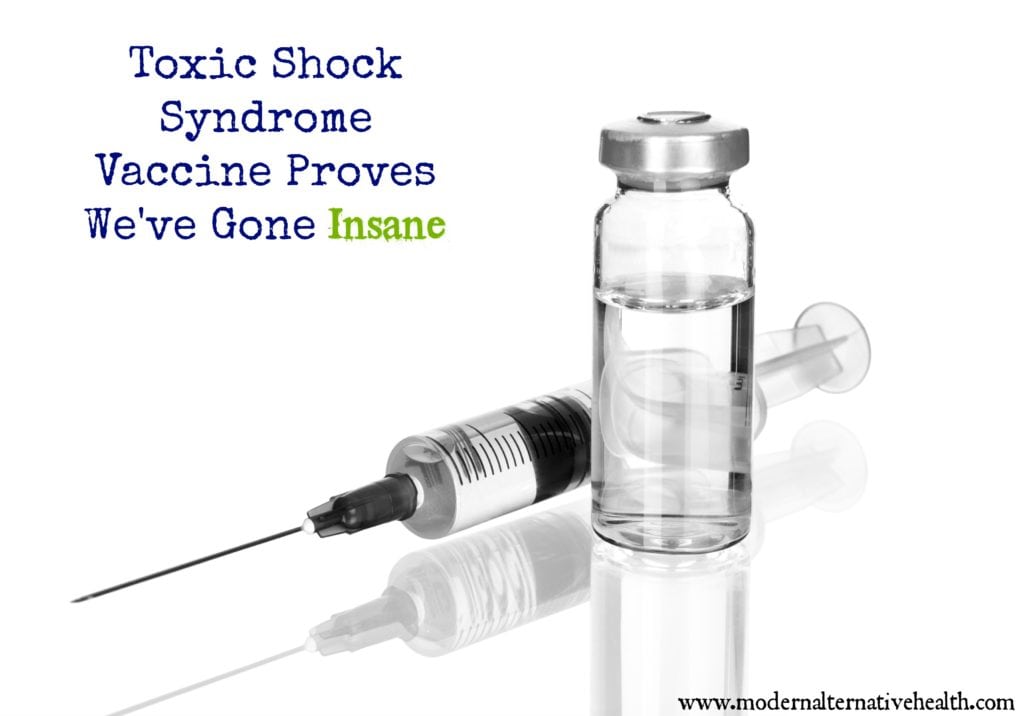 News broke this week that one of the many vaccines currently in the pipeline has passed Phase I trials and is a few years away from heading to market.

Was it for something dangerous and communicable?  Something killing thousands or millions per year?

No.  It was for toxic shock syndrome, or TSS.

TSS is entirely preventable (or nearly) and exceedingly rare.  There are approximately 25 – 40 cases annually.  Not deaths or disability…cases.  It’s something that impacts almost no one.  (This study showed 61 cases in one geographic area from 2000 – 2006, with an incidence of approximately 1 in 200,000.)

TSS is caused by staphylococcus aureus bacteria.  A number of people are colonized with this bacteria, but it doesn’t usually cause issues.  In fact, most people already have antibodies to protect against it — this study shows that 85% of people naturally developed antibodies.

Yet, clearly, we need a vaccine to protect against something that the majority of people already have antibodies against, that sickens a tiny handful of people per year.

How Does the Vaccine Work?

The clinical trial was a phase I trial, first-in-humans, so it was very small, consisting of just 46 people.  It is double-blind and placebo-controlled.

The placebo, in this case, is a shot of the aluminum adjuvant without the antigens.  It’s not really a true placebo.  This is how they show that it was “safe” — 76% of those in the experimental group, and 83% of those in the “placebo” group had some kind of adverse reaction to the shot.  These numbers were similar (which is actually expected, since aluminum causes a lot of reactions) so it’s counted as safe.

I don’t have access to the full study, so I’m not sure if it showed greater than 85% efficacy — but that would be important, since that’s how many in the general population already have immunity.  Some of the people in this study, receiving the vaccine, already had immunity too. (You can bet that they would recommend vaccinating everyone, because it would be too expensive and time consuming to test to see who already had immunity.)

What’s more, the vaccine is purported to last only 5 years — although since it’s brand-new, they don’t actually know.

So we’ve got a vaccine that lasts 5 years or fewer, causes adverse reactions in better than 3/4 of the people who receive it, for a disease 85% of people are already immune to, that is not contagious, and that infects fewer than 50 people annually.

Yeah.  Makes a lot of sense. The Problem With the Vaccine

Of course, we clearly do not need a vaccine for this.  We’ve lost our collective minds, if we think that it’s going to be safer and more effective to vaccinate millions for something that 25 people will get, than to simply take precautions to avoid risk factors instead.

Our goal should always be to mitigate risk factors first.  Always.  We should not jump to drugs and vaccines to try to trick our bodies, when there are safer and less invasive ways to stay healthy.

Please be aware — if this vaccine passes all the phases of clinical trials and makes it onto the market, it will be pushed onto all teenage girls and boys.  Half of cases are tampon-related (and therefore, only affect girls), but half occur in immunocompromised people for other reasons (and can also affect boys).

It hasn’t even happened yet…and won’t for at least a few years…and I already know exactly how they are going to market it.

Don’t fall for it.

Sadly, a lot of people will fall for it.  People are so used to the fear-shock-horror cycle, that they are ready and willing to vaccinate for anything, if it gives them the illusion of safety.  Please try to inform yourself, and others, so that you do not fall victim to this.  It’s so important to make decisions based on facts…not fear.

How to Prevent Toxic Shock Syndrome

There are fairly easy ways for most people to prevent TSS.

First, TSS has been associated with super-tampon use in otherwise healthy women and girls.  Given that many girls are naturally colonized with the staph bacteria, it’s unknown why it causes issues in some, but it’s theorized that wearing tampons longer provides a wet, moist, bacteria-filled environment for it to grow, and the tissues in the vagina absorb it easily and start the infection (which is a form of sepsis, or infection of the blood).

There are effectively no cases in women who have avoided tampons or used only the regular absorbency and changed frequently.

About half of cases are not associated with tampon use, and are found in those who are immunocompromised.  There may be no specific way to prevent these cases, simply because this population is at greater risk of everything.  In general, washing hands often (especially after using the bathroom or before eating) is a good way to help.

If you’re safe and careful and not immunocompromised, you can already prevent TSS basically 100%.  There is no need for a vaccine.

Please share this with women you love, so that they can be informed.  It’s a powerful way for women to take their health into their own hands, and to fully understand the risks and benefits of this situation.

How do you feel about a toxic shock syndrome vaccine?