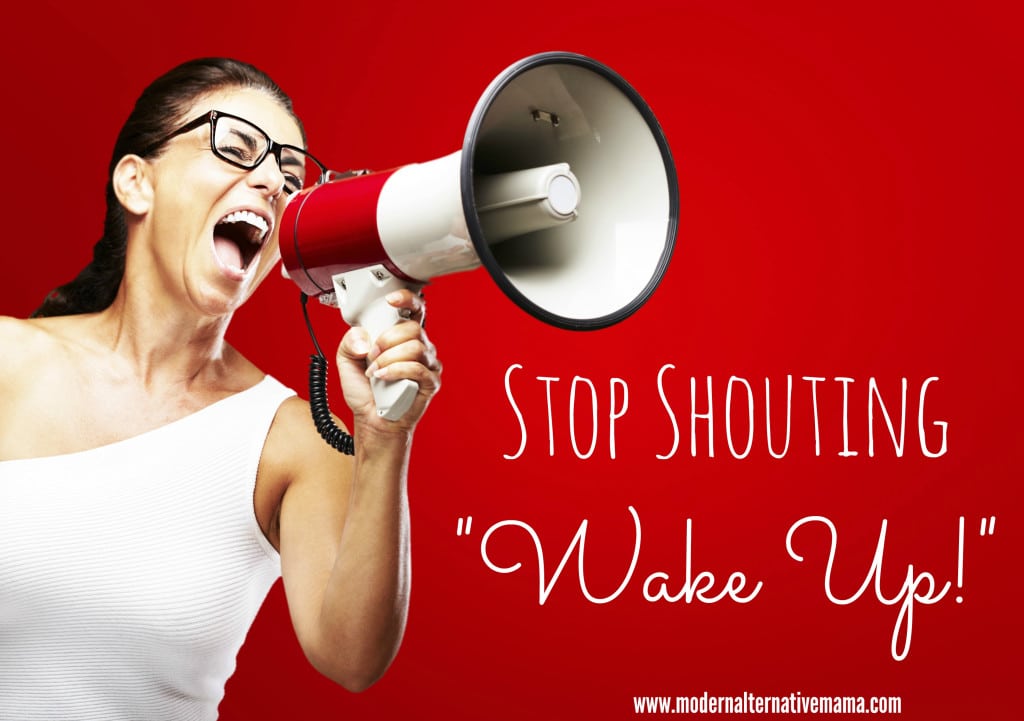 It’s happened too many times.

Because of these very diverse viewpoints, and because so many of my friends are activists for different causes, I am treated to quite a range of advocacy approaches.  I’m in several private advocacy groups, too, so I see both the public-facing conversations and the private ones among only the advocates themselves.  I have a pretty good handle on what goes on.

I see the same themes in advocacy, over and over, regardless of the cause.  And these themes are very problematic.  The goal of advocacy is to get information to people who don’t have it, and to change their minds about specific issues.  Unfortunately, a whole lot of advocates kind of forget this goal, get a little overzealous and start shouting at people in frustration.  I understand why, but…it’s not okay.

Nobody’s mind has ever been changed because some random stranger on the internet spouted off about an issue and then shouted “Wake up!” at them.  Never.  And it won’t happen in the future, either.

Let me explain all this.

But the rest of the population just doesn’t see it that way.

The majority does not care about “issue A” at all.  In fact, they really don’t even think about issue A very often at all.  They might think about it in passing, or discuss it briefly if it comes up in a news story or a blog post or if they have to make a decision on that issue personally (i.e. if they should circ their son, vaccinate their baby, etc.).  To them, it’s very minor.  It’s mostly a non-issue.  They don’t feel passionate about it.  They don’t want to talk about it or be shouted at about it.  It’s not important.

Many advocates don’t understand this — or do, but don’t find it acceptable.  They want everyone to feel as passionately as they do about the issue.  They want people to start caring!  When people don’t, or won’t, they become more and more frustrated.  They don’t understand why, when they have explained the urgency and importance of the issue, that people still don’t seem to care a whole lot.  So they start shouting things like “Wake up!” and “Sheeple!”

The other person is baffled by this urgency and passion because they simply don’t share it.  They start to grow weary, angry, and offended.  If they’ve made a choice opposite what the advocate wants, they suddenly become more firmly rooted in that choice.  (Because psychology tells us when people are confronted by loud and brazen messages, it doesn’t change their mind, it causes them to cling more firmly to their original belief.)

It pretty much becomes a cycle — advocate gets more frustrated and shouts louder and shares more and more information, intending to change the person’s mind.  The person, who never understood why the issue was such a big deal in the first place, gets angrier and angrier that they are being shouted at.

It’s kind of the opposite of what advocacy is supposed to be all about.

Look, advocates.  You’re going to need to understand that the vast majority of people you come across will not share your passion for your issue(s).  They just will not.  If you are expecting them to hear a little bit of information and get as fired up as you, you’ll be disappointed.  A few people will (most likely, that’s what happened to you), but most won’t.

There are still ways to reach people and help them support your cause.  Much better ways.

Why is this so important to you?  How has it affected your life?  People connect well with stories.  They feel compassion for others.  Plus, a story isn’t telling someone what to do — it only illustrates how important it is to you.  This is a great way to open, and many people will be driven to ask more questions.

Tell Them How it Affects Them

Once they’re interested, tell them — succinctly and specifically — how it affects them.  Don’t exaggerate a bunch or they’ll quickly write you off.  (For example, don’t tell them “Vaccines can kill your child!”  They can, but as an opening line, it’s bad.  The person will quickly think of many examples to the contrary and think you are crazy for being so alarmist.)  Share hard facts, likely outcomes, real risks.  Stay calm.  Stay realistic.

(You might choose “Kids who are vaccinated have higher rates of asthma and allergies than those who aren’t.”  Much less alarmist, and with rapidly rising rates of these issues, it will probably make them ask more questions.)

Many people get frustrated because once they have been introduced to a topic, they have no idea what to do with that information.  They know very little, don’t know what questions to ask to get more information, don’t know if it’s really a big deal, and just don’t know what to do next.  They may not even know if they can trust the information — think about how the media is constantly saying that, for example, coffee is healthy, and then coffee is going to kill you.  They’re used to that, and they’re wary of it.

Instead of throwing a bunch of information at them, give them small bites.  Give them information that is practical, and that is actionable.  Many people just want to be “told what to do.”  Tell them, but make sure to give them plenty of information or sources where they can look into it more if and when they’re ready.

For example, a list of “items to buy organic” vs “items that are fine conventional” is good.  Or the “Dirty Dozen/Clean Fifteen” list.

Share key facts, and how-to.  Keep it clear, keep it simple, and keep it non-judgmental.

Many people will not be interested in hearing more — let them go.  Some will want to talk and will have all kinds of reasons why they don’t believe you, or are angry.  Let them talk.  Let them feel.  They may need time to process this new information.  Whatever they’re saying to you really isn’t personal.  They need someone who can listen to them, who can understand where they are.  If they feel you will listen, then eventually they may be ready to listen to you.  This is the best thing you can do for many.

I meant it when I said “stop shouting ‘wake up!'”  It’s just one in a long list of things you need to stop saying.  Also, don’t say these things:

Seriously, stop saying that people are uneducated or hateful just because they don’t think like you, or agree with you.  You have no idea what they do or don’t know, or why they think like they do.  It’s condescending to assume that the only reason someone could believe _____ is that they are too ignorant to do otherwise.  And no, they will not hear you if they know you think that about them.

Also, if you say things that you know are offensive, or are likely to be perceived as offensive, saying “no offense” or “just saying” is not going to make it okay.  Try not to say offensive things if you want people to seriously consider your view.

Even if you think any of these things are true, don’t say them.  They will offend and alienate your audience and destroy your advocacy.  Assume that the other person is not aware of the information, is neutral to it, and share it gently.  Don’t assume they are ignorant, have refused to educate themselves, or are just a “sheeple” because they haven’t looked up the information on their own.  Most people don’t.  It’s okay.  That’s why it’s your job to help them gently!

How do you feel about people shouting “Wake up!?”