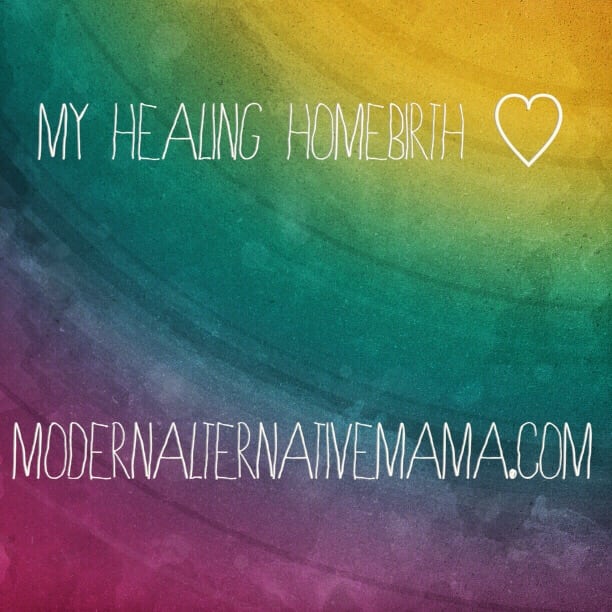 October 16, 2014 I knew I was pregnant. I had eaten Chipotle for lunch with my sister and it sat like a brick in my stomach. Something was off. The next day, five Dollar Tree pregnancy tests confirmed my suspicions. Woah. I mean, we weren’t trying but we weren’t not trying. Ya know? Our twins were almost a year old so it was just a little crazy.

From the second I found out I was pregnant, I knew I wanted a VBAC. I interviewed my doctor who performed my cesarean to get a feel with how VBAC friendly he was—-which he wasn’t. So, I transferred to a birth center that I thought was ideal. Thought being the operative word. I had a nagging feeling my entire pregnancy that they were more “Medwives” than what I was seeking. Very much not mother or baby centered and DEFINITELY not VBAC friendly, as I learned when I was booted from the practice at almost 38 weeks.

I sought out a midwife for a homebirth and thankfully I found one who was willing to meet with me so late in my pregnancy. When I say she was amazing, that is an understatement. My Dad took his life when I was 41 weeks pregnant. They were so sympathetic and kind while I dealt with things with my family. She assured me that my body would protect my daughter and I wouldn’t suddenly labor in the middle of all the emotional turmoil.

My husband and I headed to Maine on Friday, June 26 for my Dads funeral the next day. My first “real” contraction hit at about 9pm that night. I honestly thought it was just stress and emotions making them come on because at the time we were doing the memory boards for my Dads funeral which was the next day. I’d been having this weird prodromal stuff for a couple weeks and with the passing of my Dad so late in the pregnancy I just assumed it was related to that. We finished up the boards and my husband and I headed back to the cottage we were staying in for the night and mentally prepare for the funeral the next day.

The Contractions Kept Coming All Night

I eventually was like “Oh man, maybe this is actually it.” I tried my best to ignore them; I took a shower and sat in the jacuzzi tub for awhile to try to get some rest. I was up and down all night and then for the day around 6. I told my husband that I thought it might actually be the day for us to meet our daughter. I kept thinking to myself “Why God, does it have to be today? Of all days we could meet her, why does it have to be the day that I bury my Dad? Why does the first day I see her face have to be the last day I see his?”

We got dressed for the funeral and sat through the service and meal afterward. I was having contractions every 4-5 mins that lasted 45 seconds. My husband was amazing and so supportive of me as I dealt with one of the hardest days ever while laboring three hours from home. I texted my midwife to tell her what was going on and to let her know when we left to give her a heads up. The ride home was quite an experience. My wonderful student midwife, Ranee, met me at home and I allowed her to check me. No one thought I would have progressed as much as I did considering I had just sat in the car for a bit over 3 hours to come home.

At 6:55pm I was at 8cm and contractions were hard and fast every 2 minutes or so. I bounced on the ball while my husband set up the birth pool. My midwives were here along with my mom and mother in law for support and to watch our twin boys. The pool was so helpful and relaxing during labor but transition turned me into a crazy lunatic.

All of a sudden, I had intense contractions and pain right on my cesarean scar. This really scared me as I had been handling the waves of contractions so well. I thought maybe I was experiencing a uterine rupture. (Later, we figured out I had a cervical lip. The way I was sitting in the tub combined with Sophies’ position was doing me no good.) After dealing with that for over an hour they convinced me to try another position out of the water. The attending midwife, Kim, who was filling in for my primary midwife, called the hospital to let them know we might be transferring (like I said, transition made me crazy and temporarily lose sight of my goals). I sat on the toilet holding onto my husband and practically sobbing because I was so exhausted physically and emotionally from everything I’d been through that day, when all of a sudden I just had to push like CRAZY. From my first real push until she was on my chest was about 10 minutes. She shot out like a chubby little cannon. After I pushed her head out, Ranee got drenched in amniotic fluid and blood. Her cord split when she flew out of me. It literally looked like a crazy murder scene in my bathroom. I had three small tears that we chose not to stitch. Even though I was embarrassed by some of the stuff I said and how I was 100% “sign me up for the next epidural” I’m so glad things worked out how I wanted originally. Birth is a whirlwind of crazy and exciting and beautiful. I’m so glad I stuck to my guns about getting my desired vbac. Nothing (and I mean NOTHING) will ever compare to having her slippery little body handed to me immediately after she was born and seeing my husband emotional and saying “you did it babe! I’m so proud of you.”

Sophie Michaela (my Dads name was Michael) was born on June 27, 2015 at 11:33 pm, 7lbs 15oz, 19 inches long. Hands down, the most amazing experience of my life and I’m SO happy I got my HBAC. Her birth story is one I will never forget. I know my Dad was at work up there in Heaven to turn such an awful day into such a happy one. ❤️