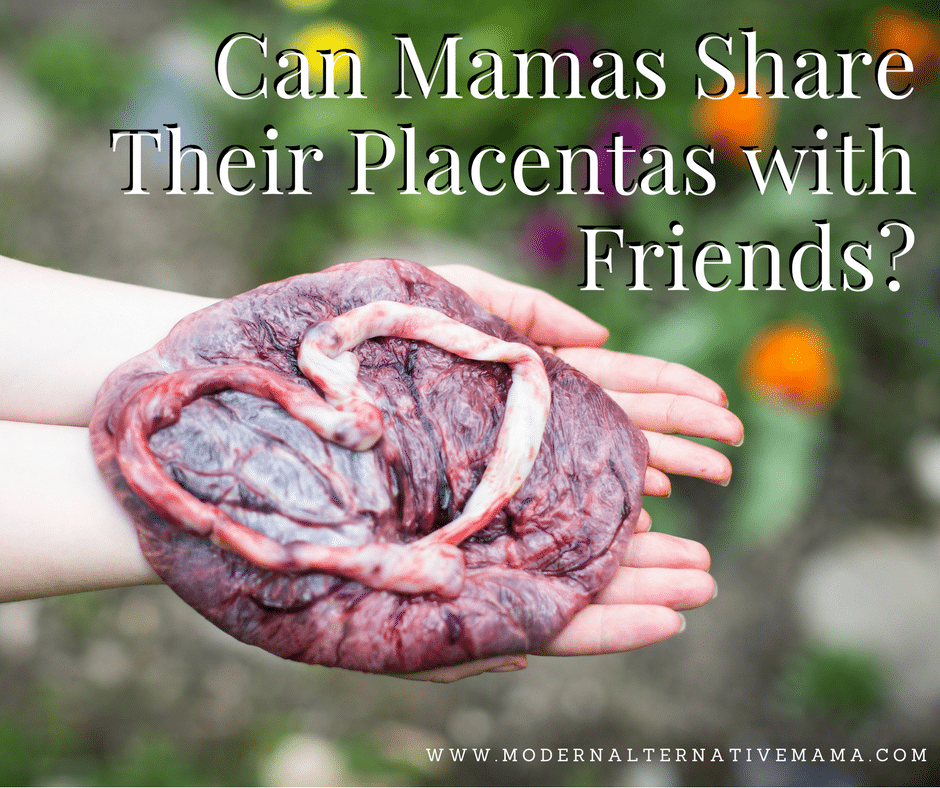 Recently, a friend was preparing to start taking her placenta pills.

She had had her third baby about 9 months ago. With her previous babies, found that she felt so good and energetic in the first several months after birth that she didn’t need any help — until around the 9-month mark.  Then, her energy began to dip and postpartum depression began to set in.

With her second baby, she took her placenta pills from months 4 – 10, and found they helped a lot — but that she ran out too soon.  With her third baby, she decided to wait longer, until she began to feel she needed them, before starting.

Only, when she opened the bag of the dehydrated placenta strips, disaster! The strips hadn’t been fully dried, or something had gone wrong — and they were covered in white, fuzzy mold.  They had to be thrown out.

She was left with flagging energy and depression, and no placenta.  What’s a struggling mama to do?

She asked for help in a local natural mama group.  Several suggested various herbal tinctures and supplements.  One mama messaged her privately to offer her leftover placenta pills.

Of course, we’re always advised never to take placenta pills except when they’re our own — or, possibly, from a directly-related family member (mother, daughter).  When she asked for thoughts, that is what she was told — “No, we don’t recommend taking someone else’s placenta pills.”

But that made me think.

Where did that recommendation come from?  Is there any evidence for it?  Would we be doing potential harm if we shared placentas?  If yes, what might that be — and would it be worse than experiencing postpartum depression?

I asked those questions.  They didn’t like that I asked them.  They wanted me to trust them, because they said so, because that is the recommendation.  But that’s not good enough.

The Evidence for Placenta Consumption

The anecdotal data we have (which is not as useless as some seem to think; I think more and more that anecdotes can be pretty powerful) suggests that consuming your own placenta may:

These are self-reported benefits.  From what we’ve seen, about 75% of women seem to report benefits from taking their placentas.  About 25% of women report either no specific benefits, or even negative effects (feeling overactive, too much energy, insomnia/inability to sleep, increased depression/anxiety) but this seems to be rare.  And, on the slim chance that negative effects do occur, it’s easy to stop taking the pills and the effects don’t last long.

Since we don’t have any studies, only self-reported data, we sure don’t know why placenta may or may not work, and what may or may not be in it that could cause harm to others.  So why the recommendation?

Several internet searches have turned up no articles explaining why you can’t or shouldn’t take someone else’s placenta.  There are also no articles (at least not easy-to-find ones) that discuss people sharing placentas.

The recommendation seems to be based on a few things.

First, the idea that the placenta was perfectly made for you — with your hormones, by your body.  Plus, animals don’t consume other animals’ placentas, they only consume their own.  (They also do so immediately after birth, raw, in its entirety.)

There’s also likely the whole ‘weird’ factor at play.  That is, consuming placenta at all is considered ‘weird,’ and sharing placenta seems even weirder.

With these ideas in mind, it seems best to recommend that women stick to consuming only their own placentas, and not others’.  Of course, we bend the ‘rules’ a bit by choosing to dehydrate and encapsulate placentas, and take them over the course of weeks or months instead of immediately and all at once.  Some women do consume their placentas raw, immediately, and all at once, because of the animal behavior.  Most, however, don’t.

This seems to “make sense,” but on the other hand, it doesn’t.

I asked several women if they’ve ever shared their placentas, or taken someone else’s.

One woman offered that a friend took her placenta capsules.  She said it helped the friend with more energy and less depression, but did cause some hot flashes.  Another woman said her husband took hers, and he had more energy and they helped him.

Several more women said they hadn’t shared, but would do so, if they needed to.

One woman pointed out that we share breast milk…so why not placentas?

That last point stuck with me.

Breast milk is made by our bodies, specifically for our babies.  Biologically, the perfect food for any baby is its own mother’s milk, straight from her breast.  But, if that’s not available, we don’t say, “Well, just use formula instead, it’s dangerous to use another mother’s milk.”  (Well, some people do — but we actually have studies that show that babies benefit more from breast milk than formula, especially preemies and medically fragile babies.)

No.  Another mother’s milk is not the perfect food.  That’s especially true if it’s been pasteurized by a milk bank before being given to the baby.  But it is still a superior food for babies than commercial formula.

(This is about science, and is not knocking formula-feeding moms.  Please don’t take it that way.)

Why wouldn’t placenta-sharing be the same?  No, it’s not exactly perfect.  It’s not made by your own body, for your own body.  But it’s still species-specific (all human) and it still contains the same hormones in similar levels, and should have a similar effect.  It might just be better, for those who experience benefits from consuming placenta, than any other solution (herbs, supplements, diet changes, etc.).

The bottom line is that we can’t discount the practice of sharing placentas.  We don’t have any evidence to suggest that it’s harmful, and the very limited evidence we have suggests that it is possibly beneficial.

Just like sharing breast milk, we have to be concerned with safety.  Placentas do contain blood, so we want to make sure the person who is sharing doesn’t have any blood-borne disease that could be transferred.  If you’re sharing with a friend, someone you know, then you will likely know this information and can make an informed decision.

Make sure you know your donor or ask questions about their health and especially blood-borne illnesses.  If you’re at all uncertain, skip that person and look for someone else.

If, for any reason, you did share and didn’t feel right after a few doses, stop taking the pills and try something else.  The effects don’t last all that long (several hours) so there’s no long-term harm.

Obviously, it’s also an organ from another person’s body and some people may not be comfortable sharing (just like some aren’t comfortable sharing milk).  And that’s okay.  If you don’t want to share your placenta, or someone else’s, there are other ways to address PPD or PPA.  I’ll be discussing other ways of naturally dealing with anxiety very soon!

Have you or would you share placenta pills with someone else?  Why or why not?