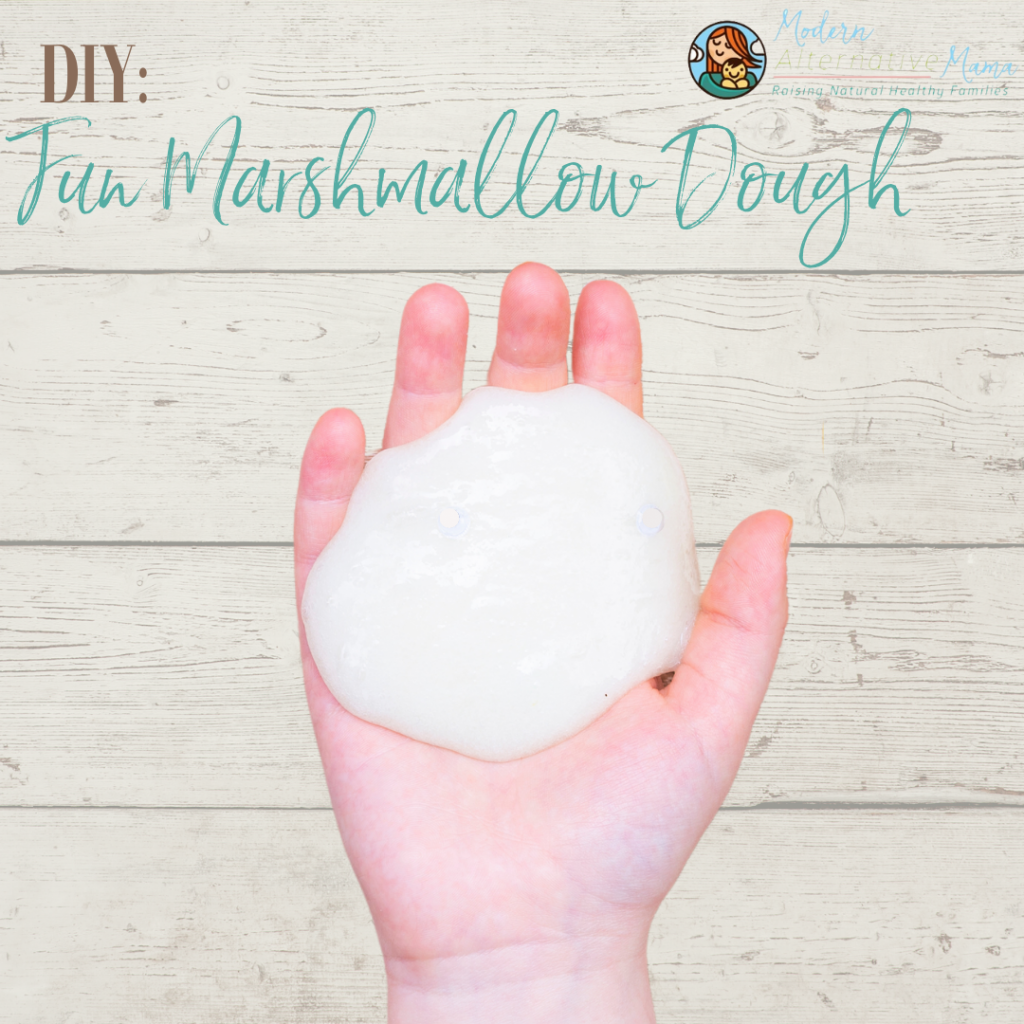 This is some fun stuff. It’s not edible — a lot of recipes for “marshmallow dough” are actually made with, you know, marshmallows.  That’s not why I call it that, though.  Rather, it has the texture and appearance of marshmallow creme.  It’s really pretty cool.

Actually, this stuff makes for a really nice science lesson, because the finished dough is halfway between a liquid and a solid.  It holds its shape loosely when molded (and more so as it dries out), but it also slowly oozes down to take the shape of its container.  It’s a fun way to explain the states of matter to your kids, and how some things in life don’t fit into those categories so neatly.

Plus, for smaller kids, it’s just really fun to play with.

This time, I let my kids mix it up and theirs came out much more liquidy than I remember it being before.  We had to add a lot more of the baking soda and cornstarch to get it to the right consistency.  But, I also added the water at the same time as the other ingredients and you’re not supposed to do that.  Now I remember why.

Anyway, it’s some really cool stuff, and you should definitely make it.

Step 1: Mix the baking soda, cornstarch, glue, and oil together.  (I used cheap vegetable oil since we’re not eating it.)

Step 2: Add the water, a little at a time, and mix it in.  It should be clumpy, then slowly become a smooth, thick batter that’s almost a dough.  Add a touch more water if needed to achieve a smooth consistency.

My 2-year-old wasn’t in the pictures because he wasn’t a fan.  He stuck his hands in, then stared at them, horrified, saying “STICKY!” and yelling for me to clean him off.  Then he stuck them in again…and repeat.  After about the third time, we washed up and he went to go play with his cars.  It was clearly not for him.

Have you ever tried making marshmallow dough?