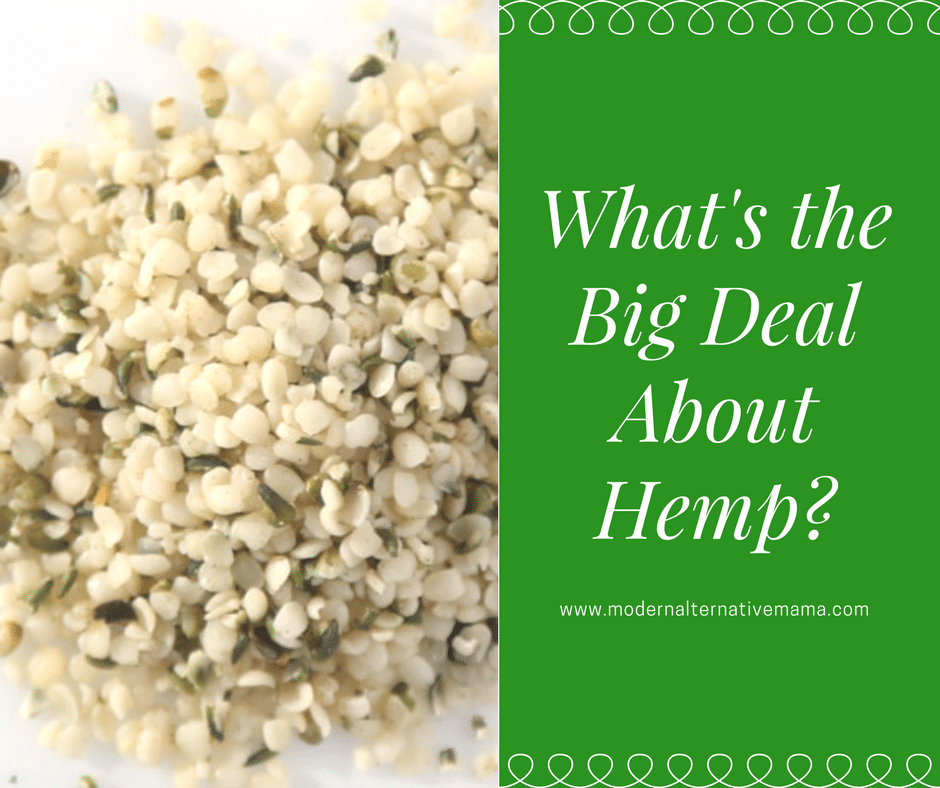 What’s the Big Deal About Hemp?

You should know I was paid by Manitoba Harvest to write this post.  That said, I was interested to try hemp foods anyway, and it was important to me to do independent research on the health benefits of hemp, not just share what the company said.  In fact, the entire “hemp health” section is based on published medical journals, not information put out by the company.  So, it’s independently verifiable.  I’m loving the hemp products, such as hemp seeds, that Manitoba Harvest sent me, and you should keep reading to find out why.

I actually do want to talk about hemp, but I’m not talking about marijuana.  Did you know there are different kinds of hemp?  There is the type of hemp we all know about, the kind you smoke and which can get you high.  That is also called medicinal marijuana and is a totally separate issue.  (We’ll discuss it someday.  I haven’t tried it, but I’m interested in the medicinal benefits and the apparently ridiculous legal battle surrounding it.)

No, today I’m talking about industrial hemp.  This is a totally different variety of the plant, which is fully legal to sell in the U.S., and which can legally be grown in basically every country except the U.S.  This plant is awesome, because it’s extremely low in THC (the medicinal compound and the one that produces the “high”), it grows rapidly, requires very little space, and basically no pesticides or herbicides.  It’s great for the environment.  And it can be made into:

It’s that last one we’re going to focus on today.  I will say, first, that I think it’s extremely silly that hemp is illegal to grow (industrial especially).  This stuff is incredible for the environment and everything in it.  (Un)fortunately, it could all but replace cotton, lumber, and possibly even oil production.  And the lobbyists just don’t like that, so it remains illegal.  There’s been a huge smear campaign about hemp for around 60 years now.  When the U.S. was first founded, they actually encouraged the cultivation of hemp!

I partnered with the company Manitoba Harvest recently, which is a Canadian-based company (where growing industrial hemp is legal), to try some of their hemp products.  I’ve been hearing about hemp foods for awhile but hadn’t tried them.  Now, I have…and I love them!  So I’m going to tell you more.

There are hemp seeds, hemp protein powder, and hemp oil.  All of these originate from the seeds at the top of the industrial hemp plant.

Hemp seeds are high in:

Hemp seed is also a complete protein, containing all 20 amino acids (including the 9 essential amino acids that your body can’t make).  This study says hemp is a quality source of protein.  It also contains an ideal ratio of omega-3:omega-6 fatty acids, of 2 – 3:1 (which is associated with better cardiac health), according to this study.  These fatty acids are anti-inflammatory.

Research into the benefits of hemp as a food are actually pretty new, with most studies having been done in the last 10 years and most human studies in the last 5 or so.  There are claims that hemp may improve blood pressure, lower risk of cardiovascular disease, or even cure cancer, but there’s no solid evidence for all of this yet.  (Though there are some compelling animal studies showing a lower risk of cardiovascular disease.)

The “worst” studies I found on hemp basically showed “no benefit” but none showed any harm.  I haven’t found any specific cautions on including hemp in your diet, so if you’re interested in all the potential benefits, why not try?

My Experience with Hemp

I was sent a package of hemp foods from the Manitoba Harvest company.  This included hulled hemp seeds (also called hemp hearts), hemp oil, and hemp protein powder.  I was very curious to try these.

I initially tried adding hemp oil to a smoothie.  I found it had quite a strong and unexpected taste…but also found that I really liked it.  It’s sort of peanutty, which is nice because I don’t eat peanuts but I like them.  (I don’t eat them because they are high in phytic acid and I don’t tend to feel well when I eat them.  Hemp, however, does not contain phytic acid, which is super awesome.  The hemp seeds can be eaten without any preparation for this reason.)

I found that I felt very good after drinking the smoothie — overall good energy, good mood, just a really good feeling.  I have been using hemp oil almost daily in smoothies for a couple of weeks now and have been really enjoying it.

I have yet to eat the hemp hearts alone but plan to experiment with making them into some sort of “bar” or snack.  Some people add them to salads for a little healthy “crunch.”  My boys have liked snacking on them at times.  I really like that they don’t need to be soaked and dried first like our other nuts and seeds!  We do not do well with phytic acid (at all…the kids get whiny, screamy, have accidents sometimes, etc. when they consume high phytic acid foods) so a seed that doesn’t contain it is awesome.  Bonus that it’s so healthy and we like the taste.

Manitoba Harvest‘s products are all non-GMO Project Verified (which I know is really important to some of you).  They offer both “natural” and certified organic options.  The “natural” ones aren’t certified but don’t use any pesticides or anything.  (I choose these because they’re open about their growing practices and they’re a little cheaper than the certified organic.)  Their oil is also cold-pressed and stored refrigerated all the time, and contains no preservatives or dyes.

In general, I’m impressed with the product itself (hemp as food) and the company’s commitment to quality.

Have you ever tried hemp?  Do you like it?