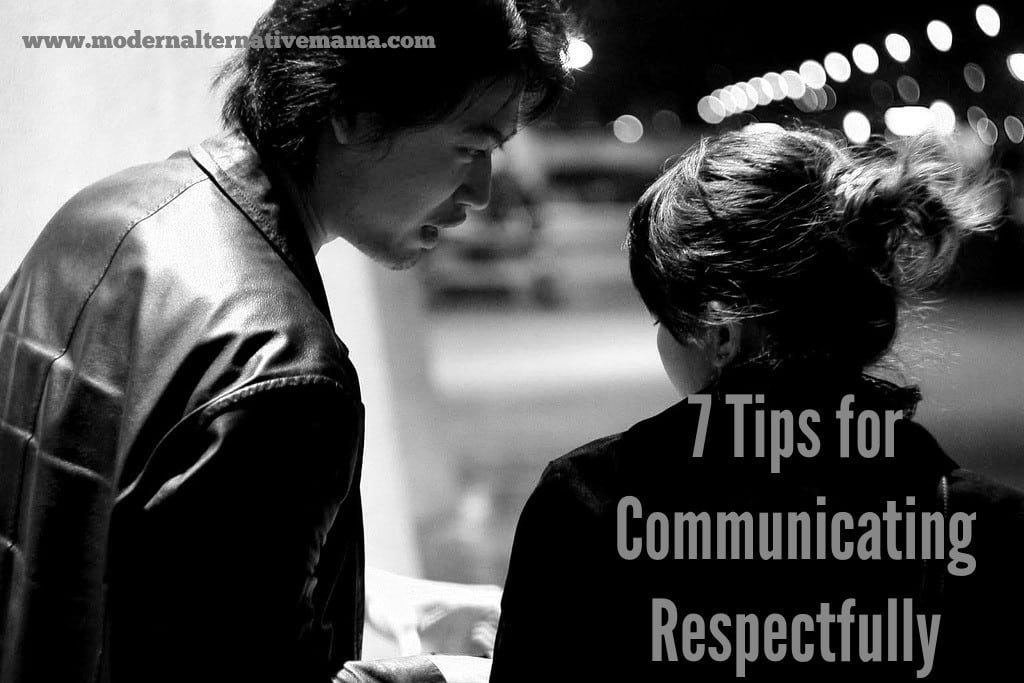 I’m not fully sure this post counts as “health and wellness,” but let’s say that it’s about mental health.  Because, honestly, it is.

One great thing about blogging over the last four and a half years is that I have run into literally thousands of different people, all with different thoughts, feelings, needs, backgrounds, religious and political beliefs, etc.  I have come to learn to be gentle with others (most of the time), to show grace, and to be very careful in how I communicate.

I have also realized that a lot of people…well…are not so careful in how they communicate.  And this can lead to a lot of hurt feelings, anger, and fighting.  I hate seeing people upset.  And I honestly dislike it when adults don’t know or don’t care how their words affect others.

We’d all do better to be more careful in what we say.  And to offer others grace when they maybe don’t say quite the right thing.  It makes the world a more pleasant place.  So, today, we’re going to talk about how to communicate respectfully.

(This is especially important on the internet, where it feels like you’re dealing with faceless “names” and not real people.)

When sharing information with others, it’s best to talk about yourself — your feelings, preferences, and ideas.  Then, people can take it or leave it.  That is, you might say, “I prefer to eat this way,” rather than “You should eat this way.”  You are only an expert on yourself and your family, so be careful not to be pushy or force your way on others.  Advice is much more well-received when it’s an exciting “This worked so great for me that I wanted to share, in case it could help you!” rather than “You simply must do it because it is the perfect thing!”

A lot of people get upset in discussions because broad, sweeping statements are made.  This might be something like, “Everyone who refuses to vaccinate is uneducated and listens to Jenny McCarthy” or “Everyone who uses antibiotics is brainwashed by Big Pharma.”  These aren’t true, and they aren’t helpful.  They make people feel misunderstood and defensive.  They’re often said because the first person is feeling misunderstood and defensive, and wants to strike back with big words.  Or perhaps, in some cases, they are feeling just a tiny bit smug about being “right.”  Regardless, avoid these types of statements if you want respectful dialogue.

This goes along with tip #2, but is important enough to mention on its own.  Don’t use the words “always” or “never.”  As in, “People who eat store-bought foods never care about their health.”  We don’t know why someone made the choices that they did at any given time, and painting others with the “always” and “never” brushes is pretty definitive — and divisive!

While you’re at it, skip the name-calling.  No matter how strongly you disagree, it isn’t necessary.

Another common tactic I see in online discussions is engaging in hyperbole.  That is, deliberately exaggerating someone else’s argument or position to try to make it seem ridiculous.  For example, someone might take the idea that a mama’s feelings about where she births matters, to mean “mamas who want a natural birth care more about their experience than their babies.”  That’s hyperbole (and totally false).  In The Big Bang Theory, Sheldon referred to this as “reductio ad absurdum,” or taking someone’s argument to ridiculous lengths and criticizing the result.  Don’t do this!  People feel very misunderstood and upset by this.

The best way to approach a discussion is to seek to understand.  Ask more questions than you answer.  Don’t make assumptions.  Really listen to what the other person is saying.  Try to understand where they are coming from, and ask for clarification if you are unsure what they’ve said or what they meant.  “It sounds like you’re saying this.  Is that true?  If not, what did you mean?”  People want to feel heard and understood.

This goes along with tip #5.  When you’re trying to understand, don’t get bogged down in stereotypes.  That leads to assumptions and misunderstandings.  Just because a person does one thing, or believes one thing, doesn’t mean they necessarily believe or do others.

To illustrate the point, I’ll share an anecdote that happened to me.  A reader on this blog once was arguing with me about women’s rights and Biblical marriage.  I invited her to understand where I was coming from (that women can choose Biblical marriage of their own free will, even though of course not all women will).  As we continued to converse, with her saying to me that I needed to seek women outside the church, take some higher education classes, and learn to expand my experiences, I realized: she had me pegged as a stereotype.  She believed that I would not take that position unless I had been raised in a conservative Christian home, homeschooled, without higher education — basically “brainwashed” into believing it.

When I gently let her know that, in fact, I was raised by a rather non-religious, liberal mother, I went to public school, I hold a college degree, and most of my friends are outside the church at this point, she stopped communicating with me at all.

I found the situation interesting.  But it drives home the point: don’t fall for stereotypes.  Don’t assume.  You never know!

Tip #7: Give the Benefit of the Doubt

No matter what, give the benefit of the doubt.  I’ve had many situations where someone left a comment that made me go, “Huh?” and even feel a bit angry.  However, in most cases, the person clarified and it turned out it wasn’t so bad after all.  It’s always better to assume the person meant well or was having a bad day than it is to assume the worst.  It’s so hard to tell “tone” online, and words can easily be misunderstood.  Sharp responses lead to defensiveness, while gentle responses or assumptions of good usually lead to a pleasant exchange.

If someone really is being rude, it’s best to say nothing and walk away, or respectfully disagree, wish them a nice day, and then go.  There’s no point in thinking bad things about another person, or “taking the bait” and being rude back.  Why get upset?

If we all followed these types, I think the internet — and the world! — would be much better. 🙂

What is your best tip for communicating respectfully?