Salad Dressings and Seasonings: Why You Should Make Them Yourself |
AD 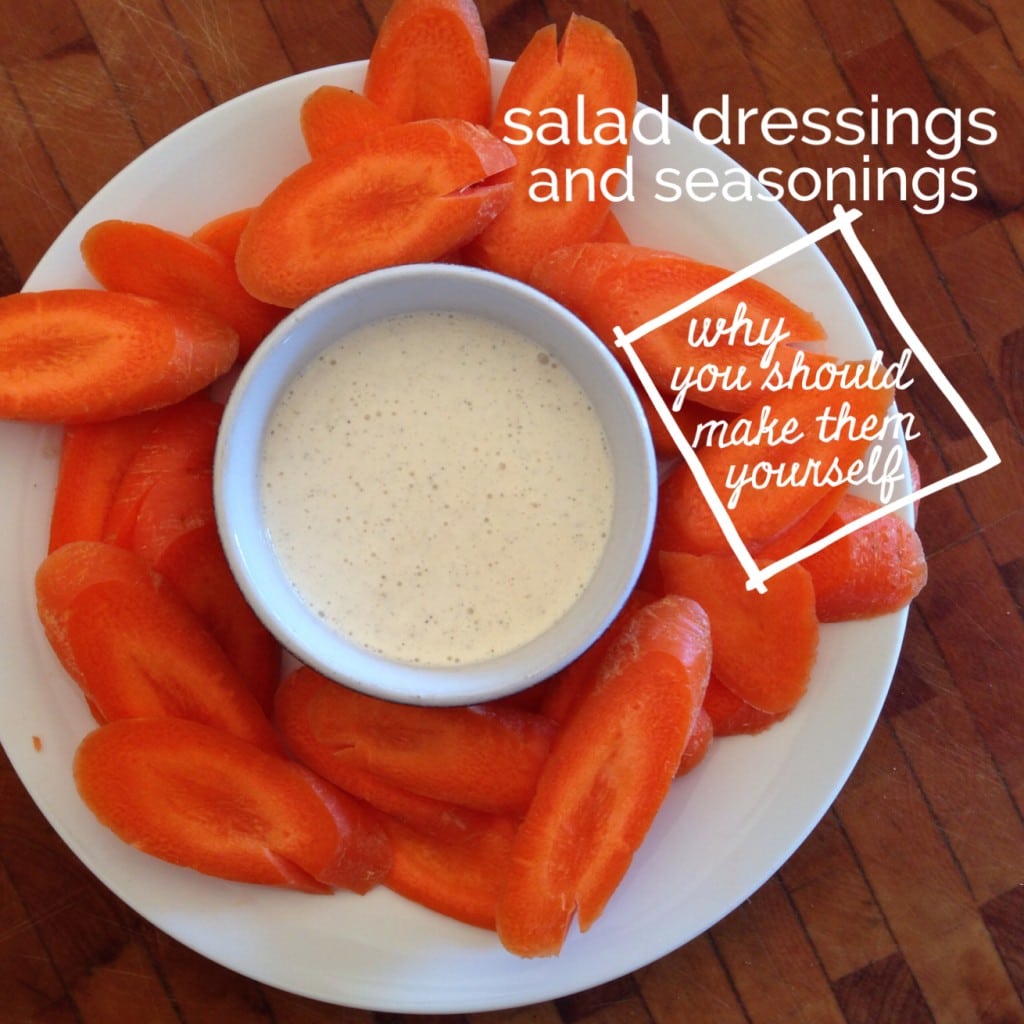 Salad Dressings and Seasonings: Why You Should Make Them Yourself

There are so many reasons not to buy salad dressings and seasonings.

First and least important … they are expensive (on sale, Annie’s salad dressings were $4.99 per bottle at Whole Foods the last time we were there).

Secondly, of course, are the ingredients in commercial dressings and seasonings that are not actually food … so we really shouldn’t be eating them. (This list is surprisingly long … and while you can find store-bought dressings that don’t have all of them, so many have enough that it just makes sense to make it yourself.)  So without further ado:

18 More Reasons to Make Your Own Salad Dressings and Seasonings

Are you exhausted from all that?  And maybe a little freaked out by how many ingredients it takes to make these simple flavors?

The truth is, most of your favorite dressings and seasonings take fewer than 4 or 5 ingredients that you already have in your cupboard or fridge and are so simple that you could probably convince one of your littles (who’s proficient in measuring) to make it for you.

So you have the choice of food from a lab or from your kitchen.

Here are the dressings and seasonings we use most in our homes:

Aside from French Onion Soup Seasoning, I have a blog with the four most common spice mixes I use. Additionally, I use Taco Seasoning quite often.

Those are our go-to seasonings and salad dressings, but you the options really are endless.

What are your favorite homemade dressings?