When You Have a ‘Missed’ Miscarriage |
AD 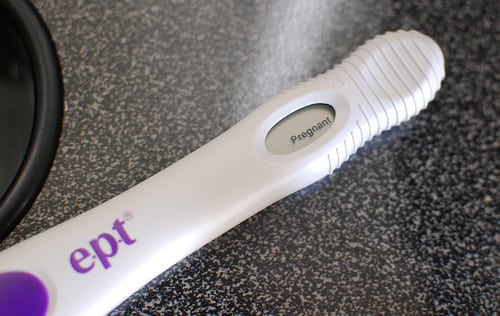 When You Have a ‘Missed’ Miscarriage If you have ever had one, you will never forget. The question runs on loop: “How could I not know?”

What is a “Missed” Miscarriage?

A missed miscarriage occurs when the in-utero baby dies, but the mother is experiencing no signs of impending loss.   Often times, the mother may continue to have pregnancy-like symptoms and have experienced no bleeding, cramping, or other signs of concern. The transition back to a pre-pregnancy state can sometimes be delayed for two months or even longer.

The devastating news of ‘miscarriage’ comes as quite a shock. In a situation of missed miscarriage, it would be quite common for the woman to attend a normal prenatal checkup thinking everything is just fine, only to find out that her baby is gone, and may have been gone for some time. A missed miscarriage is often revealed through the inability to obtain fetal heart tones with a Doppler at a regularly scheduled prenatal visit. An ultrasound may then be done to establish fetal viability.

The sequence of events, leading up to the resulting ‘missed’ loss, can result in pain that is unique. With a missed miscarriage, it is often a complete emotional derailment and may result in feelings that one’s body has betrayed the mind.

Though the baby has been gone, the body has continued in some or all symptoms of pregnancy. The breasts may stay enlarged and morning sickness may continue for some time. The duration and extent to which the physical symptoms recede into that of pre-pregnancy is highly individual. The new mother continues to live with a pregnancy body. Her mind knows that any day could be the day the body becomes privy. One day soon, her body will rebel, empty the uterus, and forge forward toward the next cycle of womanhood.

This waiting is often emotionally excruciating. Once it is determined that the pregnancy has ended, there are options. A mother may choose to undergo a dilation and curettage (D&C) or vacuum procedure under the care of hospital staff to quickly remove remnants of pregnancy from the uterus.

Some women may choose to allow their bodies to dictate the process and pass the pregnancy naturally. The natural miscarriage process can take some time. First trimester losses typically only take one or two months. The waiting is probably the number one reason many women opt against the natural course seeking surgical removal.

Women who choose to carry the pregnancy to natural end should seek care from their midwife or obstetrician and remain in contact, attending regular follow up appointments. Your provider can give you recommendations and advice regarding proper care, what to expect physically, how to monitor temperature and discharge, as well as provide any follow-up care needed.

If you are Rh-negative, a suspected miscarriage would be a reason for discussing obtaining a RhoGam shot from your health care provider, as blood mixing can occur.

When there is no determined reason for loss of pregnancy, the mother may wish to seek out ways to strengthen her body for a next pregnancy. Some things may include: increasing folic acid in the diet; drink a Red Raspberry leaf tea infusion daily; improve overall nutrition; limit drinking, smoking, caffeine and other substance abuse; consider obtaining acupuncture or other complimentary care; if over or under weight, work to obtain proper weight for height.

Have you ever experienced a “missed” miscarriage?  What helped you to get through it?