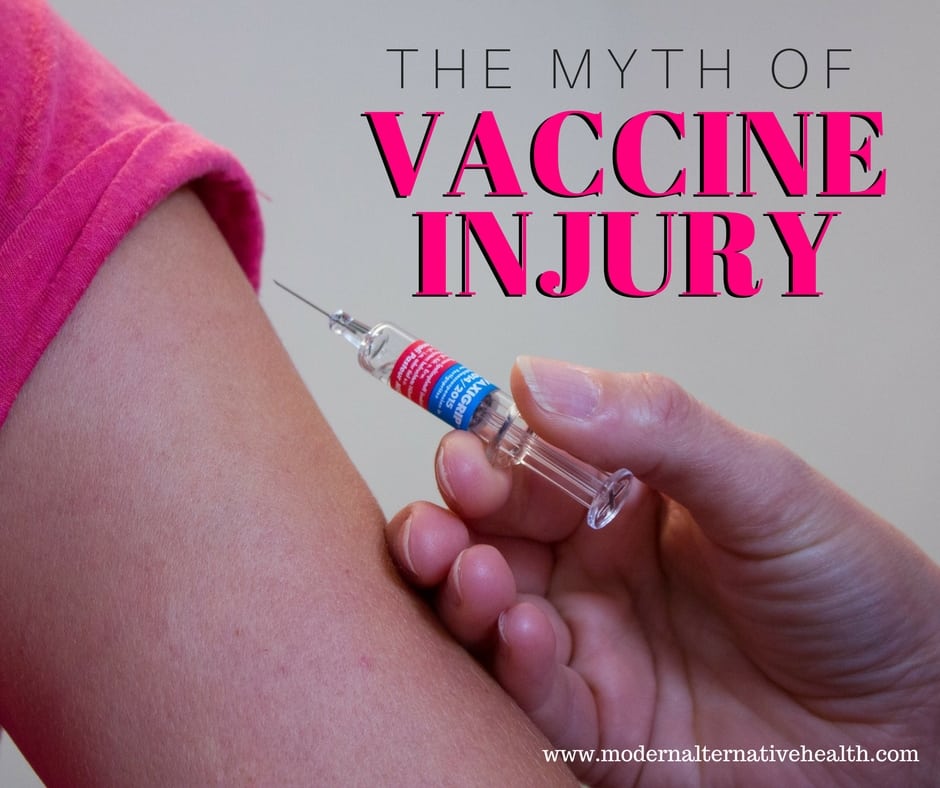 I hear it every day: “Vaccines Are Safe.”

In its most simplest terms, you will hear: “Vaccines are safe.”

In the most thought-out terms, you will hear: “The benefits outweigh the risks.”

Rarely will you hear (from mainstream media and our medical system): “Vaccines have not been proven safe. Vaccine injury is real.” I think this is an important message to get across. Vaccines are not entirely safe. That is not a conspiracy statement. Or a statement to make others fearful. It is simply the truth. Parents need to be told that there are very real risks involved with vaccinating.

The problem is we don’t hear this. Whether we are sitting in our pediatrician’s office, reading a parenting magazine, or watching the TODAY show, all we hear is “vaccines are safe.”

“You cannot be in the presence of a profoundly vaccine damaged child and not know that child could be your own. And you cannot try to comfort a mother who has just buried a baby who has died from a vaccine … and not know that you could be the one standing over the grave. When it happens to your child, the risks are 100 percent.” ~Barbara Loe Fisher (Founder of the National Vaccine Information Center)

Just this week, I read an article saying: “There is a lot of research available showing that vaccinations don’t cause autism and are safe. There is no study that hasn’t been debunked that says otherwise.”

This article was widely discussed within the autism community, because they were outraged, and rightly so. There is actually NO research showing that the current vaccine schedule and combined doses that are given to infants and children is safe. And there is an abundance of science and research showing the vaccine-autism link. As well as many other autoimmune and neurological disorders being caused by vaccines. None of which have been debunked. In fact the studies that have “disproven” a vaccine/autism link, have been documented as having scientific flaws. You can read more about those (HERE)

We must seek truth.

Did You Know the Proper Safety Studies Have Never Been Done?

The chalkboard campaign portrays this truthful message in a creatively thought-out out way by showing easy to read and understand chalkboards. Vaccine injury is very real. What’s interesting to me is that the very industry that pushes vaccines, has (through creative marketing, surveillance systems, and lots & lots of money), created an illusion called “ the anti-vaccine movement.” Do they not realize that the “anti-vaccine” movement was created by nothing more than the very same parents who at one time, very much believed in vaccines and choose to trust in a system that promised to “protect” their children?

This movement will only continue to grow, as more and more children are damaged by an ever-increasing vaccine schedule. These parents are not  “anti-vaccine.” They are pro-their-child. And they will do everything they can to heal their child, while at the same time trying to educate the world about the cause of their child’s injury and share the message that vaccine injury is preventable.

I am very privileged to be involved in some pretty powerful groups, where these amazing & educated parents spend their days discussing how to heal their children from vaccine injury.

However, it breaks my heart that not only are these children injured by our medical system, they are also not believed, and they are threatened, bullied, and mocked.  The biomedical community is huge and growing by the numbers. It’s only a matter of time when the world will have to admit that they exist. That the children are real. That their injury was really caused by vaccines. And that their injury was also reversible.

I watch organizations like Autism Speaks spend millions of dollars on genetic research, all the while, an entire generation of autism families are shouting from the rooftops: WE KNOW THE CAUSE. WE ALSO KNOW HOW TO PREVENT IT. I remember the day I found out about “The Gardasil Girls.” It’s a website set up by the parents of thousands of girls who have been injured or killed by the Gardasil vaccine. This was a vaccine that was fast-tracked to market, brilliantly marketed, never properly tested for safety, and has remained on the market despite killing and injuring thousands of girls. It has already been taken off the market in many other countries, but not in the United States. It is currently pushed on every young girl starting at the age of 9 years old, for a cervical cancer that the vaccine has no way of protecting against. A train wreck of one vaccine injury case after another. Never discussed in mainstream media. And still pushed on young girls by every well-meaning doctor.

I wrote a post recently titled: Is This The Best We Can Offer? You can read the full post (HERE).  In this article, I share how for the first time in U.S. history, children’s life expectancies may be shorter than their parents. Despite the rapidly growing vaccination schedule, American children are more chronically ill and disabled than ever.

The following quotes come from Chapter 12 “Pediatrics: Sick is the New Healthy”, from the book “Vaccine Epidemic:”

“Children in the United States today have much higher rates of asthma, autism, diabetes, Crohn’s disease, epilepsy, life-threatening food allergies, obesity, ADHD, learning and behavioral disorders, and suicide than kids did in the 1980’s, when fewer vaccines were given”.

“What if it were true that the way we now vaccinate children causes more death, chronic disease, and disability than it prevents in America?”

I think it’s time that we start paying more attention to vaccine injury stories. Unfortunately, they are only growing in number. I’m doing a series on my blog called “Lioness Arising Mothers“, where I shared personal stories written by mothers of vaccine-injured children. Their stories are heart-wrenching and awe-inspiring. I encourage you to read their stories.

During the month of October, I will make vow to spread the message of vaccine injury. Will you?

Has your family been touched by vaccine injury?  Does the possibility concern you?