What You Need to Know About Vitamin D |
AD 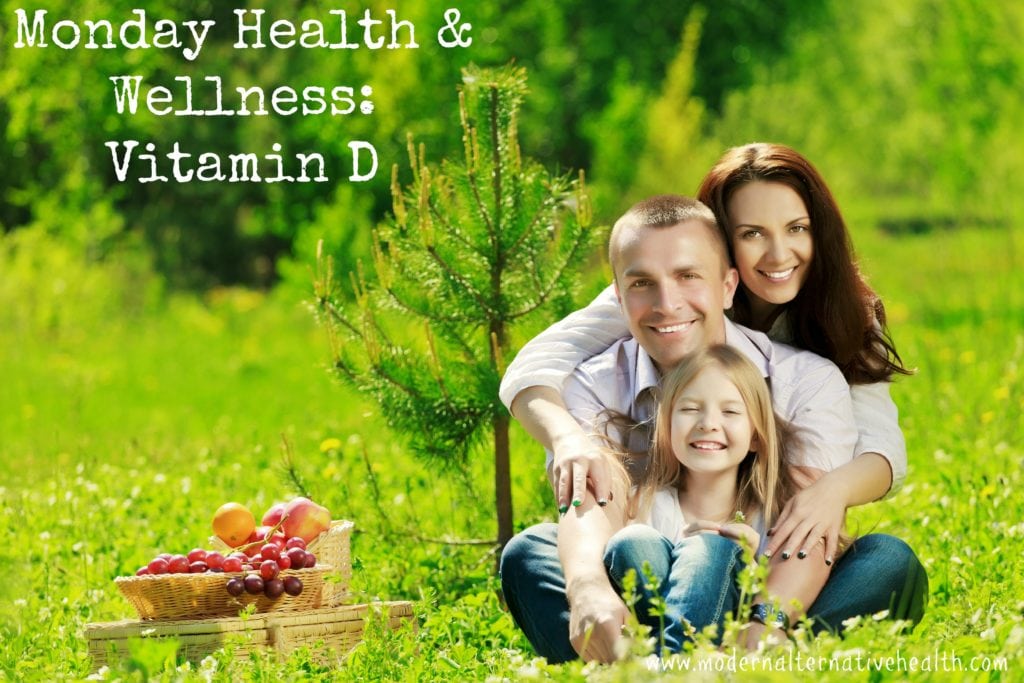 What You Need to Know About Vitamin D Yes, vitamin D is so important that it deserves its own post. 🙂  This was actually inspired by a new study that just came out, showing that many moms (41% in this study) were vitamin D deficient, and they were at a very increased risk of gestational diabetes!  There are so many studies coming out showing what vitamin D is linked to that it’s time to take a closer look.  Why is vitamin D so important, what is enough, and where do we get it?

What is Vitamin D?

Vitamin D is actually not a vitamin at all; it is a pre-hormone.  It helps to regulate many of the hormones in our bodies, as well as the use of other vitamins.  There are two major types: D2, or ergocalciferol; and D3, or cholecalciferol.  D3 is more natural and much better absorbed.  Most fortified foods contain D2, because it is cheaper.

Vitamin D is crucial to health.  There have been a number of studies completed in the last several years.  Here are just a few:

There are lots more.  But, it’s very clear that we need vitamin D!!

How Much is Enough?

Recently, the FDA increased the RDA (Recommended Daily Allowance) on vitamin D, in light of new research.  Unfortunately, it’s been criticized as being far too low, and the council entirely ignored most of the research available, citing only “bone health” as a benefit of vitamin D.

It is very important to note that the RDA is not the “maximum safe amount,” it is “the minimum amount required to stave off serious deficiency.”  It is perfectly safe, and encouraged, to get more than the RDA on basically all nutrients.

Many doctors are now recommending supplementation in the 1000 – 2000 IU per day range, and up to 4000 IU for pregnant and nursing women.  Some even recommend 10,000 IU in times of illness (safe for several weeks), or even 50,000 IU during severe illness (safe for only a few days; do this only under the care of a medical professional).  Supplementation levels over 40,000 IU per day can cause toxicity over time (several weeks or months).

The best way to tell if your levels are adequate is with a serum blood test.  According to most research, 33 – 49 ng/mL is considered “normal,” while 50 – 65 ng/mL is considered “optimum.”  Some even recommend being in the 65 – 80 ng/mL range.  Over 100 ng/mL is generally toxic, but extremely difficult to achieve.

Unfortunately, the government recommends being only “greater than 20 ng/mL” for adequate health, and consider over 50 ng/mL “toxic.”  This brings great concern, because in studies where close to half of the people are found to be deficient, which standards are they actually using?  It may be that nearly all the people are deficient if these standards are the ones being used.

How Do We Get It?

It can be hard to maintain adequate levels of vitamin D (especially with the current advice to “avoid the sun” and such low standards for vitamin D levels!!).  However, it is certainly possible, and ideal!

The sun is the absolute best source of vitamin D, and the one we were meant to get it from whenever possible.  This is more difficult for dark-skinned people (melanin blocks absorption of UVB rays, which cause vitamin D synthesis) and those in Northern areas with limited sun.

It is possible to make about 10,000 IU from the sun in just 20 minutes, if you are fair-skinned and the sun is out.  Shade reduces this up to 50%, and darker skin reduces it too.

Do not use sunscreen!  This is especially important if your time in the sun is limited.  (On an all-day trip, there are some safer alternatives to common sunscreens.)  SPF 8 reduces 95% of the UVB rays, and anything higher completely eliminates them.  You will not synthesize vitamin D if you are wearing sunscreen while outside.  Do not use it unless absolutely necessary (such as on a beach trip), and then only apply after a couple hours outside.  Loose, light clothing is a good alternative on such trips too.

There are very few food sources of vitamin D.  Cod liver oil remains the best source, and one I highly recommend (and which we take daily).  It is important to balance it with vitamin A for the best absorption, which is why a whole-food source like cod liver oil is the best idea.

Lard from pastured pigs is a good source; fish is a minor source (salmon, tuna, mackeral).  All plant sources contain only D2, which is not well absorbed.  Vitamin D must come from the sun or an animal source.

Do not take prescription supplements; these are made from vitamin D2!  They are not well absorbed and will not raise your vitamin D levels sufficiently.

Vitamin D requires fat to be absorbed, because it is a fat-soluble vitamin.  If you are not consuming enough dietary fat, you will not reap the benefits!  This is why most food sources are fat (lard) or fatty sources (mackeral).  It is best absorbed if combined with omega-3 fatty acids (again, why it’s found primarily in fish or foods that also contain omega-3s!).  It is important to continue to eat occasional fish or other omega-3 sources even if you are getting it from the sun, for this reason.

Interestingly, these same fats can protect your skin from the sun so that you do not burn.  Consume plenty of saturated fats, and plenty of water while you are in the sun (or when you get sun frequently) to minimize burns and maximize synthesis.

(Since beginning a traditional diet and upping my saturated fat intake, I no longer burn on my arms or legs, no matter how long I am outside.  I used to burn terribly.  My face and neck and other areas that are not usually exposed burn slightly if exposed too long.)

Magnesium deficiency (another serious problem we’ll talk about in upcoming weeks) and can also reduce vitamin D absorption rate.  Magnesium is required to convert it into a usable form.

Shower habits, too, can affect your ability to synthesize vitamin D (yes, really).  Vitamin D, as a fat-soluble vitamin, is made in the oily layer of your skin.  It is then slowly absorbed over 2 – 3 days.  If you shower everyday and use soap, you will wash this oily layer off your skin and will not absorb the vitamin D you just made!  The best idea is to rinse off with plain water if you really need to, but otherwise aim to shower only 2 – 3 times per week.  (If you shower less often slowly, you will find that you don’t need it so much.  I used to shower daily, and now shower 1 – 2 times per week and have no problems.  I slowly reduced how often I shower over a period of about 7 or 8 years, though it definitely doesn’t need to take that long!)

Do you get enough vitamin D?  What is your major source?