Sprouting, Soaking, and Souring: Why Do We Do It? - Modern Alternative Mama
AD

Sprouting, Soaking, and Souring: Why Do We Do It? 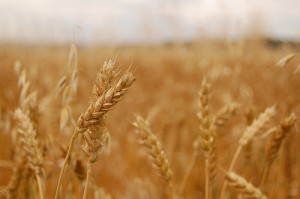 Last week we talked about grains, and whether they are good or bad.  Balance is the name of the game.  However, I also talked about “properly preparing” your grains, something I’ve discussed several times on here.  Now we’re getting down to the nitty-gritty: what does that really mean, and why do we do it?

I once thought this was crazy too.  I was recommended to join a group on Yahoo called “Weston A. Price Healthy Babies Group” after I discovered my daughter had food allergies when she was a year old.  I read everything I could find with a mix of intrigue and terror.  What was all this stuff they were talking about?  I couldn’t figure out what FCLO, kombucha, liver, and soaking bread even were, or why anyone cared about them (okay, I knew what liver was…but I didn’t know why).  I followed the threads, asked questions…but I was intimidated.

The grain thing didn’t make any sense to me, though.  Everyone knows whole grains are good for you, obviously better than white flour.  It shouldn’t matter how you prepare them.  And anyway, we didn’t have any issues with grains, we ate them all the time.  I outright rejected this bit of information.  (This was around April 2009.)

Then, as we were going through all our trials on foods and trying to figure out all the issues we were facing, we were told we might want to try gluten-free.  No, I thought.  I loved our wheat bread (which I baked weekly) far too much, and so did my daughter.  I was sure that wasn’t a problem.

Until…we broke down and went gluten-free.  And we began to see changes to our health.  That was October 2009.  By January, 2010, we were on GAPS.  And in April 2010 (yes, a year later), I was timidly re-exploring the issue of grains and just hoping that if I soaked or sprouted them, we could tolerate them.  It took a year, but my perspective had changed entirely.

I tell you this story so that if you are brand new to this idea of preparing grains, that you understand that I once thought it was crazy, too.  But the last two years’ experience and a lot of experiments with our health have left me convinced that it is truly worth it, and even necessary to do.  I don’t have gut issues now, but if I eat unsoaked grains, Jacob gets gassy and fussy.  Not so if I eat soaked grains. It’s clear to me that something’s different.

Don’t be confused, don’t feel overwhelmed.  We’ll walk through this together.

Why Do We Soak, Sprout, or Sour?

In traditional cultures, they prepared grains this way — by soaking flour, sprouting the whole seeds (then drying and grinding), or souring them (think sourdough starter).  This was something that Weston A. Price, a dentist from the 1930s, noted as he traveled the world, studying the diet of traditional cultures.  It’s worth noting that he believed a plant-based diet (similar to what the mainstream tells us to eat now) would be the healthiest, but that’s not what he discovered at all.

Although each culture consumed different types and amounts of grains, they all had some method of preparing the grains through souring, sprouting, or soaking them in an acidic medium.  Some cultures would soak corn in lime water for a couple of weeks before making a sour porridge.  Others prepared traditional sourdough breads (no commercial yeast is used).  Preparing grains in some way was true across all cultures.

Obviously, most of the traditional people didn’t have any science behind why they did what they did.  They simply had been taught to do this by the generations that came before them.  We, however, have science now, and can explain why.

Regular whole grains contain phytic acid (the link is to a chart showing how much is in popular grains and grain products).  Phytic acid binds with a number of nutrients in the digestive tract, especially calcium, magnesium, copper, iron, and zinc — all minerals that are crucial to our health.  Most people are deficient in some or all of these nutrients at this time, and deficiencies lead to insomnia, constipation, fragile bones, and weakened immune systems — all conditions that are rampant in our society.

Some have stated that phytic acid is potentially beneficial to us, because it has been shown to reduce the incidence of cancer.  However, this is due to the fact that it binds with these minerals!  It “starves” the cancer cells so they can’t grow.  But it also starves our body’s cells so they aren’t as healthy.

Grains also contain various enzyme inhibitors, which protect the “seed” (grain).  Remember that grains are just seeds that are intended to grow a new plant.  The vitamins and minerals are bound up inside the seed so that they will be available to the developing plant.  When we prepare grains properly, we mimic the sprouting of a plant (or even allow it to start), which makes all those nutrients available to our bodies, especially B vitamins.

Unsoaked or otherwise unprepared grains are also high in gluten and fiber, which can actually cause damage to our digestive systems!  Preparing the grains breaks down these components.  Anyone who has baked with sprouted grains knows that the resulting product will be more dense and even “mushy” sometimes, because of the lower gluten content.

The Effects of Sprouting, Soaking, and Souring on Grains

She notes that in order to reduce the phytic acid, you need: moisture, warmth, acid pH, and time.  That is — grains need to be soaked in a liquid that is warm (115 degrees or so), with some type of acid, and for at least 12 hours.

Many sources recommend using dairy-based soaking methods, like whey, buttermilk, or yogurt.  Dr. Rose says that research doesn’t show this is effective and not to do it.  The high calcium level in the dairy gets in the way of breaking down the phytic acid.  Instead, using simple warm water or lemon juice is far more effective. I typically use lemon juice (but we’ll cover the details on how on Friday).

See what she has to say about this issue:

It’s also worth noting that grains need to be high in the enzyme phytase in order for phytic acid to be readily broken down.  Wheat, rye, barley, and buckwheat are all high in phytase, so their phytic acid is readily broken down, and is done so almost completely.  It’s also important to note that the grain is highest in phytase when it’s freshly ground.  Soaking store-bought flour may not be nearly as effective.

On the other hand, corn, millet, oats, and rice are very low in phytase, so their phytic acid is largely unaffected by traditional soaking.  Rice is also lower in phytic acid than the other grains, so it’s not as important to soak it (which is why brown rice pasta is generally preferred when you consume pasta).

On Friday I’ll show you how to soak your grains, sprout your grains, and begin with sourdough.  I’m no expert in sourdough, however, so I’ll also be giving away a 2-month membership to Wardeh of GNOWFGLIN’s Sourdough Ecourse!

Do you prepare your grains properly?  Do you have additional questions about the ‘why’?