How to Make Yogurt |
AD 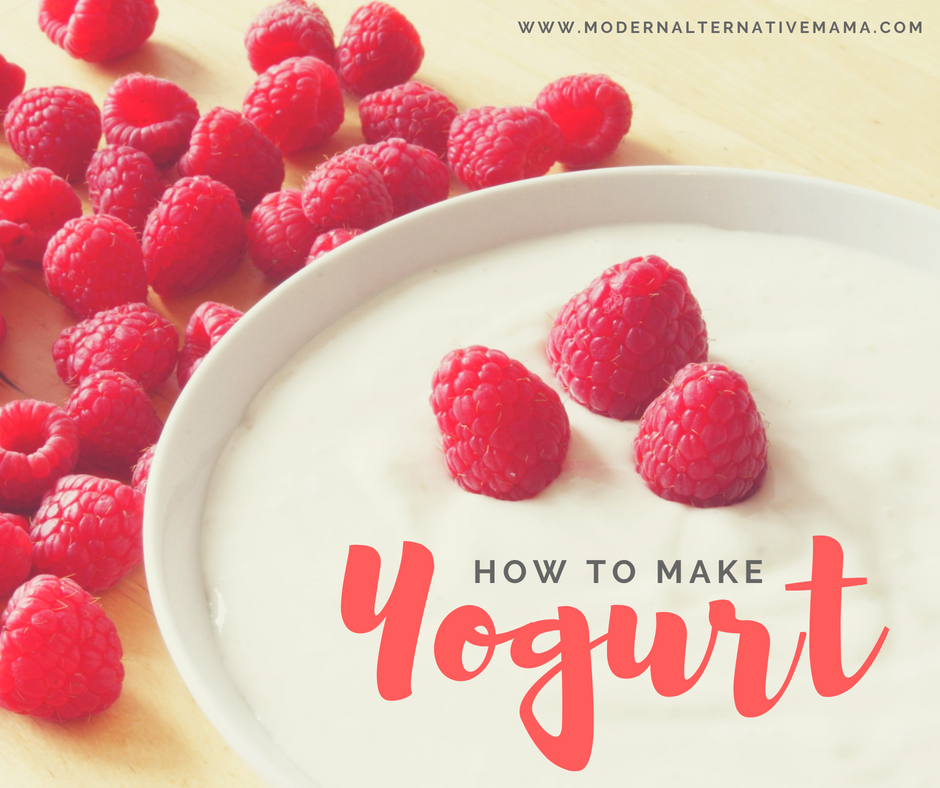 How to Make Yogurt

Eating yogurt has never been my favorite thing, to be honest, but I’ve been trying to get more fermented foods in our diet.  And I discovered it was actually quite enjoyable when I mixed it into my smoothies in the morning, and I felt so good!  But I was paying $3 a quart for organic yogurt (which, granted, is relatively cheap compared to the $5/quart many pay, or even more for small cups).  I only pay $5 for a gallon raw milk; surely yogurt couldn’t be too hard to make, for a fraction of the cost?

My early attempts, however, were…bad.  Runny, lumpy, separated, strange.  Strong, nearly inedible in certain cases.  Some did okay with mixed with smoothies anyway, but very few batches could just be eaten plain, if one were so inclined (my son loves it).  What to do?

My early experiments involved following various directions I got online.  I had some YoGourmet starter culture I’d bought.  I tried to heat the milk to exactly 180 degrees, let it cool, culture it at 110 – 115 for 8 hours….  FAIL.  I gave up for awhile.

Then recently I decided to try again.  The first batch was ruined; it got too hot and curdled.    Seriously inedible.  The second batch, though, was perfect.  And I’ve been able to replicate that second batch several times now, so I think I’ve figured it out!

I make yogurt the same way I do everything (baking, cooking, and lots of other things): by feel.  I don’t measure (much) or check temperature.  That might make it harder for some of you, but hopefully it will make it easier for many of you. How to Make Yogurt

First, on the stove, heat your milk over LOW heat until it is lightly steaming and starts to form a skin (you may need to stir it when the skin forms to make sure it’s steaming underneath): Turn it off, set it aside, and let it cool until you can easily touch it.  Add your yogurt to your mason jar FIRST.  You could use a store-bought culture, but in my experience I always ended up with lumpy yogurt that way.  This way is much easier.  I bought Trader Joe’s Organic European-Style yogurt to start mine, and now just use mine as a starter.

Pour your (cooled) milk on top of your yogurt starter. When the jar is full, put a lid on it and shake it up thoroughly.  Flip it over and make sure you don’t see streaks of yogurt on the bottom, or you’ll end up with lumps on the bottom and runny yogurt on top.  I think this mixes it better than stirring.  I use an old honey jar, actually, because the lid is a tighter fit when simply placed on the jar (i.e. not sealed in a water bath).

Now you have a jar full of milk mixed with culture!  Put it into your dehydrator with trays removed: (Yes, mine is a little dirty!)

What if you don’t have a dehydrator?  You need somewhere that your yogurt will stay a constant 105 – 108 degrees.  You can fill a cooler with hot water (about 115 degrees), 4 – 6″ deep.  Place your yogurt container in there and wrap towels around the outside of the cooler.  I haven’t done this, but Laura at Heavenly Homemakers does (note she doesn’t heat hers as much — but this will result in runnier yogurt, as I explain later).

Turn your dehydrator (if using) to 105 degrees.  Yet another reason why I love my dehydrator!  Leave the yogurt alone for 4 hours.  Don’t check it, don’t disturb it, don’t do anything to it.

When the time is up, pull it out of the dehydrator (or cooler) and put the cap on it.  Now, place the jar into your fridge.  Do NOT shake, stir, or otherwise disturb the yogurt!!  Doing so will result in the whey separating from the yogurt solids!  Allow the yogurt to sit in the fridge, undisturbed, for at least 8 hours, until completely cool.  Even if the jar feels cold, the yogurt in the center might still be warm.  Don’t stir it yet.  Wait.  (It wouldn’t be ruined if you did, it just wouldn’t be as good.)

Once the yogurt is completely chilled, stir it up and eat it!  See how nice and thick it is?  Creamy, with no weird lumps. 🙂

If you want your yogurt even thicker, you can place some cheesecloth in a colander and set it over a bowl and allow the yogurt to drain for a few hours.  Completely drained will be cream cheese.  Partially drained will be like Greek yogurt (yes, this is how they do it in store-bought versions too).  Keep the whey so you can use it for soaking baked goods later!

This recipe is REALLY forgiving, since there are few exact temperatures.  But, there are a few things you MUST do:

That’s it!  You don’t have to take many temperatures, you don’t have to watch it too carefully.  There’s not a lot of hands-on time.  In fact, probably the less you do to it, the better.

Do you make yogurt, or do you plan to try?  Any other tips or ideas?