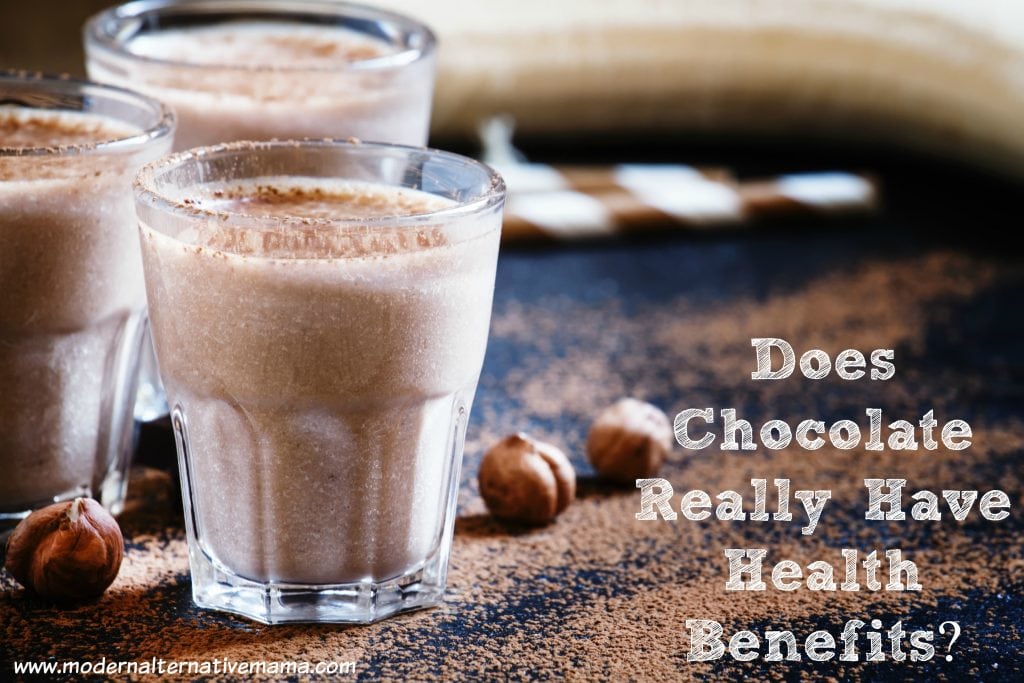 Does Chocolate Really Have Health Benefits?

Is it good or bad?  There’s quite a debate out there about this right now.  Some are saying chocolate is good, because is contains so many antioxidants and flavonols and other “beneficial” chemicals.  Others say it’s bad, because of its caffeine content and some of the chemicals it contains….  So, clearly, there’s disagreement here!

We can all agree on one thing: chocolate candy is bad for you, because of the loads of sugar and additives.  No one’s going to argue that eating a Hershey bar is good for you (actually, come to think of it, some dieticians have recently made the news for arguing more ridiculous things, like that a marshmallow is better for you than a cup of yogurt…isn’t that sad?).  But what about good, dark chocolate?

Does Chocolate Really Have Health Benefits?

There are really two types of dark chocolate: that which is made as “eating chocolate” and is formed into candy.  We’re talking Hershey’s Special Dark and other similar chocolates, which really have a rather low percentage of cacao in them (they don’t list how much on the label).  Non-organic and non-fair-trade varieties fit here, too, which are often processed with solvents and at high temperatures.  The second type is organic, fair-trade, high cacao percentage (60% or higher).

For the first type, there are a lot of steps to the processing, involving quite a lot of crushing, mashing, heating, and more.  This processing decreases nutrients, and unfortunately increases lead to dangerous levels.  Often, soy lecithin is added (likely genetically modified) and the cocoa powder is treated with alkaline.  For these reasons, this type is probably best avoided.

It’s important to note that the “cocoa powder” you buy in the store is not the same as the “raw cacao powder,” which we’ll talk about next.  This cocoa powder is created by removing most of the cocoa butter, adding alkaline, and pulverizing the resulting solid block.  It’s heavily processed and contains chemicals.

What about raw cacao?

Raw cacao is directly from the cacao tree and isn’t put through these processing steps.  This is the type that many health conscious writers and researchers have recommended, including Dr. Mercola, Mike Adams (the Health Ranger), and others.  However, Sally Fallon doesn’t recommend consuming even this type of chocolate, so the controversy isn’t over!

Why might Fallon, and others, be against chocolate?  Here is a quote from Natural News explaining why:

In addition, cacao also contains the chemicals phenylethylamine (PEA) and anandamide. PEA is an adrenal-related chemical that we create naturally when we’re excited. It also plays a role in feeling focused and alert because it causes your pulse rate to quicken, resulting in a similar feeling to when we are excited or fall in love!

Another ‘bliss’ chemical found in chocolate is the lipid anandamide. It’s there in our brain when we feel great. Anandamide is also called “chocolate amphetamine” as it causes changes in blood pressure and blood-sugar levels, leading to feelings of excitement and alertness.

Chocolate contains many chemicals in and of itself.  I’m not sure that ‘causing your pulse rate to quicken’ or ‘changes in blood pressure and blood-sugar levels’ are necessarily good things.

Additionally, cacao also contains theobromine, which has caffeine-like effects.  It also effects the nervous system (causing hyperactivity and then lethargy; and sometimes headaches) and functions as a diueretic.  Theobromine can be addictive, and can stimulate the heart, cause nausea, vomitting, and sleeplessness.  It can also reduce coughing by relaxing smooth muscles, and can be used in the treatment of asthma.

Additionally, cacao contains oxalic acid, which is known to block the absorption of calcium and magnesium, by binding with them and being excreted in the urine as oxalates.  Sugar combined with chocolate makes the issue worse (and even 90% cacao bars contain 10% sugar!).  Although it is a naturally occurring compound (also found in spinach and other vegetables), it is not a needed nutrient and too much can be dangerous.  In fact, long-term consumption forms calcium-oxalate, which turn into kidney stones!  While chocolate probably does not contain enough to be detrimental as an occasional treat, it’s something to think about.

On the other hand, cacao also has more antioxidants per ounce than almost any other food on the market.  100 grams of raw cacao powder has an ORAC score of 95,500 (antioxidant rating) vs. only 25,300 in the same amount of Goji berries.

My research tells me that, in a perfect world, we probably wouldn’t eat chocolate.  Its potential negative effects outweigh the positives, especially in sensitive individuals (if you get a headache from eating a small amount of dark chocolate — don’t do it anymore!).

If you do consume chocolate, choose only high quality raw cacao and consume it on rare occasions and in small amounts.

Chocolate may be used more successfully as a type of medicine, rather than a food.  Those who already have calcium deficiencies, kidney stones, hyper-sensitivity to caffeine or theobromine, etc. should simply avoid chocolate.

Are you convinced of chocolate’s health benefits?